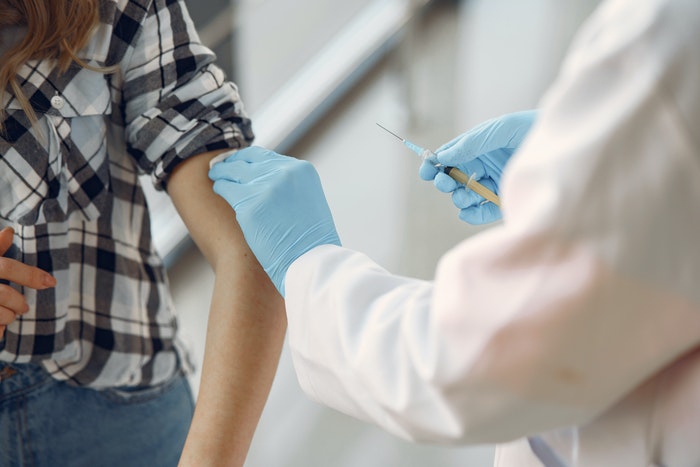 With the first COVID-19 vaccine now authorized for adolescents, ages 12 and up, a big question looms: Will students be required to get the vaccine before returning to their classrooms in the fall?

As a professor of education policy and law and a former attorney for school districts, I regularly think about this sort of question.

In the United States, school vaccination requirements are established by states rather than the federal government. The 10th Amendment to the U.S. Constitution allows states to make regulations protecting public health.

Every state currently requires K-12 students to be vaccinated against some diseases, although the requirements – including which shots are deemed necessary and the reasons students can opt out – vary from one state to another.

Who can opt out of school shots?

No state yet requires students to receive a COVID-19 vaccine, but how states manage other vaccines and exemptions, and how the rules can change during outbreaks, can help us think about how a COVID-19 vaccine requirement might work.

For example, students in all states can be exempt from vaccination requirements if they have a valid medical reason, such as a weakened immune system or allergic reaction to a vaccine.

Fifteen states permit philosophical exemptions based on moral or ethical concerns. According to the Centers for Disease Control and Prevention, only about 2.5% of U.S. kindergartners used an exemption last year, the same as the previous year, and most were for religious or philosophical reasons.

What the courts say about mandatory vaccines

The U.S. Supreme Court has supported states’ authority to make these decisions for over a century.

In May 1901, a smallpox epidemic began in Boston. Now-familiar disease prevention measures were put into place: Sick patients were quarantined for treatment, and the city began a free, voluntary vaccination program. By December of that same year, the city had not contained the epidemic, so a local health commission required all adult residents to be vaccinated under the authority granted by the state.

The local government fined those who refused to be vaccinated, and one man disputed this fine by suing the state of Massachusetts. In 1905, the Supreme Court heard his case and held that a state can require vaccination in the interest of public health.

Today, some health law experts think vaccination requirements are important enough that they can still trump claims including individual religious liberty, while others are more skeptical.

The COVID-19 vaccines have one key difference – they have only emergency use authorization at this point, not full FDA approval. The FDA’s emergency use statute says people receiving the drug must be informed “of the option to accept or refuse administration of the product” but also “of the consequences, if any, of refusing.” How a lack of full approval would affect state decisions about school vaccine mandates and how the courts might view those decisions remains to be seen.

In another context, military service members can be required to receive vaccines but are allowed under federal law to opt out of vaccines that have only emergency use authorization, unless the president waives that provision.

Pfizer, the drugmaker whose vaccine received emergency use authorization for adolescents on May 10, 2021, has started the review process for full approval for use in ages 16 and older. The review for adolescents will start later. Vaccine testing is still underway for younger children.

Vaccinations for adolescents could start within days of the FDA authorization, once a committee advising the Centers for Disease Control and Prevention makes a recommendation, expected May 12.

Can individual schools issue their own requirements?

A growing number of colleges and universities have announced that they will require all students who plan to be on campus to receive the COVID vaccine. Other institutions are requiring the vaccine only for students who want to live in dorms. However, at least one state legislature – Michigan’s – is considering barring state universities from requiring vaccines as a condition of taking in-person classes, contending a vaccine requirement would infringe on matters of individual choice.

This raises the interesting question of whether an individual school district, like an individual college or university, could require students to be vaccinated against COVID-19.

When school vaccine requirements began in the late 19th century, the goal was to prevent the spread of smallpox. By 1915, 15 states and Washington, D.C., required students to receive the smallpox vaccine, and 21 other states allowed local governments such as school districts and county health departments to impose such a requirement.

School vaccination requirements have proliferated over the past century, in response to both specific outbreaks and the growing acceptance of vaccine mandates as public health policy. Although most vaccination requirements have been issued at the state level in recent decades, whether school districts can add to the list of required vaccines remains an open question, and may vary by state.

It is also a question that courts will likely soon engage. In January 2021, the Los Angeles Unified School District announced that it plans to require its students to receive the COVID vaccine once a vaccine is approved and available. Los Angeles Unified is the nation’s largest school district. As fall nears – and assuming clinical trials continue to demonstrate both efficacy and safety – we may see more districts pursue this option.

This article was updated with details about timing of vaccinations for adolescents.