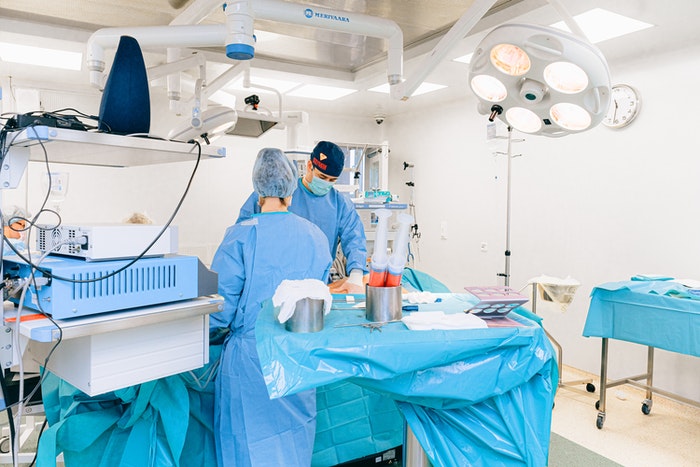 As cases related to the novel coronavirus continue to strain hospitals, doctors face difficult choices about rationing scarce medical resources like ventilators – choices that will likely determine who lives and who dies.

Several states’ policies tell providers to allocate scarce resources to those most likely to benefit. For example, Washington state recently adopted a policy that favors “the survival of young otherwise healthy patients more heavily than that of older, chronically debilitated patients.” Similar new guidelines have been issued in Massachusetts as well.

In several other states, existing policies that were developed in anticipation of an emergency – including pandemics – recommend rationing that prioritizes giving ventilators to otherwise healthy people who are most likely to benefit. The policies may be mandatory in some contexts, depending on state law, but are likely to be influential even when not required.

While seemingly sensible, policies that focus exclusively on saving as many lives as possible may miss something just as important about whose life is spared and whose is not.

As a scholar who studies the law and ethics of discrimination, I know that what matters morally and legally is not only the benefits and harms of a policy, but also who gets affected the most.

In this case, people with existing chronic illnesses or disabilities are most likely to be denied lifesaving treatment by state protocols on medical rationing.

Who gets the ventilator

For example, the state of Alabama had a policy adopted in 2010 which explicitly excluded people with intellectual disabilities, stating that “persons with severe mental retardation, advanced dementia or severe traumatic brain injury” will not be given ventilators in the event of scarcity.

Disability rights groups filed a complaint about this with the Office of Civil Rights at the Department of Health and Human Services, which on April 8, 2020 determined that the policy should not be used and the guideline has been withdrawn as a result.

Many state policies direct that when medical supplies are scarce, they should go to the people who are most likely to survive. For example, New York’s ventilator allocation guidelines, which were set up in 2015 in anticipation of a potential influenza pandemic, state that ventilators should be given to patients who are “deemed most likely to survive with ventilator therapy.”

Indeed, doing so will save the most lives. But this policy will mean that people with chronic health conditions or disabilities will have a very hard time getting ventilators if their underlying conditions give them less of a chance of survival.

This leads to the question of whether it is fair for individuals with disabilities to have a lesser chance of getting lifesaving medical treatment, even though there are laws that ensure equality of access for them.

To be sure, not all people with disabilities will be affected by this kind of policy. Someone who is blind and has no other underlying condition may have the same likelihood of survival as someone who is not. But people with many types of disabilities, especially those that compromise their lungs or other organs, will suffer more than others.

What the law says

When Congress passed the ADA, it stated categorically that disabled people have been excluded from all aspects of society, including employment, housing, education, transportation, voting and others, in ways that were both “outright intentional exclusion” and also the result of neglect. In that regard, Congress specifically discussed the difficulty that people with disabilities experience in gaining access to health services.

The ADA requires states and hospitals to take affirmative steps to level the playing field so that disabled people are treated equally. For example, the ADA requires architectural changes such as ramps so that people can get into buildings; it also requires organizations to modify the way they provide their services. However, the ADA only requires these steps if doing so is “reasonable,” a term that is defined differently by courts in different situations.

In this new and difficult context in which lifesaving ventilators are scarce, the task, then, is to determine what is reasonable.

On the one hand, more lives will be saved by a policy that gives priority to patients who are most likely to survive. On the other, this same policy will mean that the disabled will be overrepresented among those who do not get ventilators.

Both facts about the policy are important, as Kate Nicholson, a disability rights attorney formerly with the U.S. Department of Justice, and I argue in a new paper. In this paper, we explain that state policies that prioritize saving the most lives don’t consider who bears the brunt of the loss of life. Some groups, as a result, suffer more than others.

How can we be fair?

As new projections for deaths and hospitalizations are shifting, it may be that for now we can avoid difficult choices, as there may be enough ventilators to go around.

But questions regarding who gets lifesaving treatment may well recur if this virus returns or a new one surfaces. So it is critically important to think seriously about what a “reasonable” balance is between saving the most lives and making sure that this loss of life isn’t mostly felt by people with disabilities and others who are already socially disadvantaged. That balance must not compound discrimination on disadvantage, as civil rights protections prohibit.

Kate Nicholson, a civil rights and disability rights attorney and advocate, contributed to this piece.

Published in COVID-19 and Journalism