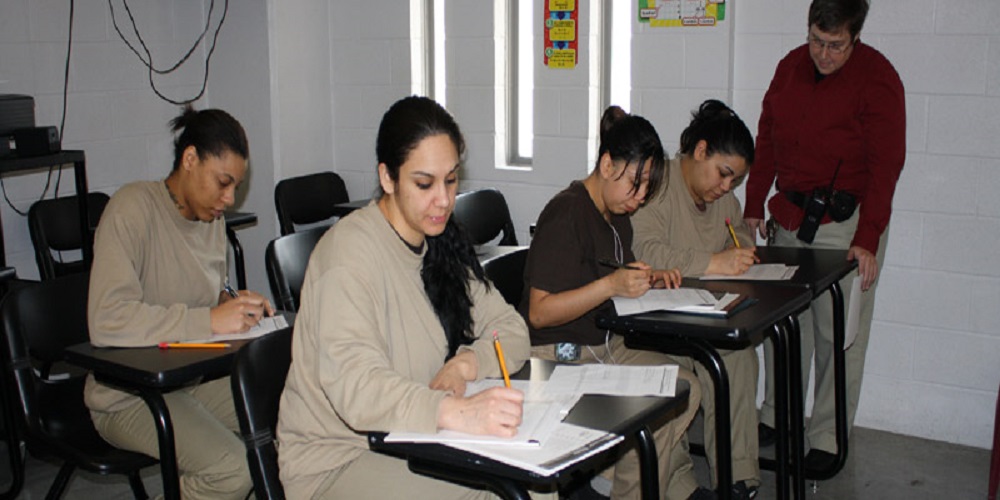 When Congress decided in 1994 to ban federal student aid for people behind bars, it was part of a wider political agenda to “get tough on crime” – even though crime rates had begun to fall in the 1990s.

The number of people behind bars grew, but, without access to federal student aid, higher education programs in America’s correctional facilities dwindled.

On Dec. 21, 2020, Congress moved to lift the long-standing ban on federal student aid – specifically, the Pell grant – for those who are incarcerated. The decision comes after a long push for prison reforms that included calls for a greater emphasis on rehabilitation, reducing prison populations and making prison sentences less harsh.

The measure is part of a US$1.4 trillion government spending bill for 2021 that is attached to a pandemic relief bill.

As the director of a prison college program at The University of Baltimore, I know firsthand that providing college for people in prison will make a positive difference in their lives. It will also improve public safety and save taxpayers money.

Research by the Rand Corp. has shown that participation in prison education programs reduces by 43% the rate at which people reoffend. The reduction in the likelihood to break the law means that for every dollar spent on prison education, taxpayers save $5 in reincarceration costs.

Prison education has also been shown to improve job prospects for those released. Children of an incarcerated person who attended college are also more likely to attend college themselves.

A view from the inside

Each year at the prison education program that I oversee, 50 men serving sentences at a maximum-security penitentiary in Maryland take college courses through the university where I teach. Students enroll in general education courses for two to three years before moving onto coursework in human services administration. Many students are released by the time they are juniors and continue earning their degrees on campus.

Several students who have kept going are now working within the human services field. They work at local nonprofit organizations such as Turn Around Tuesday, Concerted Care Group and Hilda’s Place Behavioral Health Services.

Having several semesters of college completed in prison has helped the students continue their enrollment and secure these jobs. Taking college courses also helps students become better critical thinkers, builds leadership skills and creates a sense of community among those who participate.

The program I direct is part of the first federal effort to expand access to college in prison. In 2015, the Obama administration announced the Department of Education Experimental Sites Initiative, also known as “Second Chance Pell.”

With over 17,000 students participating in 28 states during the first three years of Second Chance Pell, about 4,450 credentials have been awarded through the program. Most students have obtained certificates, followed by associate degrees, then bachelor’s degrees.

In 2020, the program was expanded to allow an additional 67 colleges and universities to serve even more students.

Now that Pell grants are being restored for the incarcerated, it is expected that 64% of people in state and federal prison – or half a million people – will be eligible for federal student aid.

There’s no shortage of colleges eager to serve this population. Consider the fact that in the second round of Second Chance Pell, 180 colleges applied, with only 67 selected.

Here are the three components:

1) Offering credentials that prepare students for high-demand fields that are accessible to people with criminal records.

2) Ensuring programs provide students with assistance transferring their credits or enrolling on campus if they are released before they earn a credential.

3) Requiring reentry services to help students address other needs such as housing, employment and various forms of treatment.

Although the government is lifting the ban on federal student aid to the incarcerated, colleges will not be able to provide prison education without accountability. There are requirements to evaluate the programs. Among other things, schools must assess various outcomes, such as whether the programs improve prison safety and how many participants earn degrees or continue their education upon release. The evaluations will also look at how many participants get jobs or return to prison.

If successful, the outcomes of Pell restoration will mirror the data that already show the benefits of prison college programs – increased levels of educational attainment, more employment opportunities, higher earnings and safer communities.