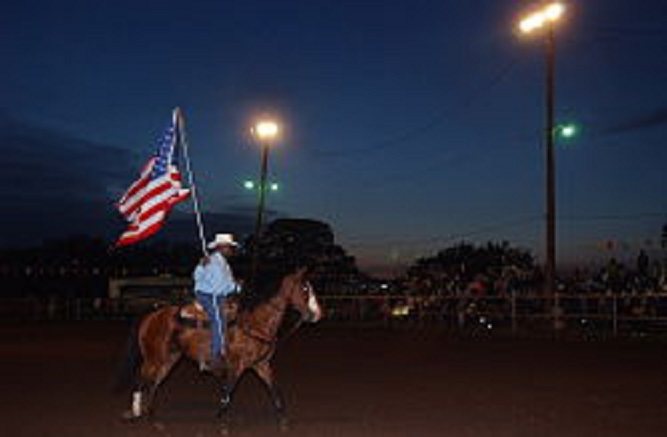 Hollywood continues to discover largely forgotten events in Oklahoma history and decide that they should be turned into pop-culture stories for the public to see.

The latest is “Boley,” a planned series about the famed “all-black town” of Oklahoma’s Okfuskee County that is supposed to become “television’s first premium black Western,” according to reports.

This follows the depiction of the 1921 Tulsa Race Massacre in HBO’s “Watchmen” series; the filming next year of “Killers of the Flower Moon” based on the Osage “Reign of Terror” in the 1920s; and the news that Morgan Freeman is producing a TV series about Bass Reeves, the legendary black marshal in Oklahoma pre-statehood.

The “Boley” event series will be produced by writer-director Dianne Houston (‘When We Rise,” “Empire”) and producer Rudy Langlais (“The Hurricane,” “Sugar Hill”), who will shop it to cable and streaming networks, according to the entertainment website Deadline.

The largest and best-known of Oklahoma’s more than 50 all-black towns was founded in 1903, with a citizenry that grew to more than 4,000 people and thrived with many businesses and banks, according to the Oklahoma Historical Society.

It is the attempted robbery of one of these banks by members of mobster Charles “Pretty Boy” Floyd’s gang that will play a key role in the limited series, a project that both Langlais and Universal TV President Pearlena Igbokwe have hoped to make for 20 years, Deadline reported.

“Boley was one of those mythic places, like Camelot, that I heard fleeting but exciting tales about,” Langlais said. “They described a place impossible to believe was real (and) in the middle of Oklahoma (and) mentioned Nikolai Tesla (and) Pretty Boy Floyd….and a shoot-out during a bank robbery, all in the same breath,” Langlais said.

“So when Pearlena called 20 years ago and asked if I was interested in telling this story, I was ready to jump on a train to find this mythic place. However long it took.”

There remains a question as to whether the robbery of the Farmers & Merchants Bank in Boley was a diversionary tactic to help Floyd visit his wife in a Tulsa hospital or at her family’s home in Bixby.

Or that Floyd was not in Boley that day because he had warned gang members: The Boley bank doesn’t have much money, and the townspeople are armed and know how to shoot, the Tulsa World has reported.

What’s not in question is that the people of Boley rose up on Nov. 23, 1932, as two of the bank robbers/gang members were killed — one by a bank bookkeeper and the other by townspeople who grabbed their own weapons and opened fire as the robbers tried to flee.

All of the stolen $600 was recovered, but the bank’s president was shot and killed by Floyd’s right-hand man, George Birdwell, who was then shot dead.

According to reports, the shooter received a $500 reward from the state for killing Birdwell, and Boley townspeople who took part in the shootout split another $500 reward.

The bank has fallen into disrepair over the decades in Boley (a population of 1,177 in 2017, per census), but a restoration is planned, the founder of a historical preservation nonprofit told the Oklahoman earlier this year.

The National Park Service has approved a grant of $24,000 for repairs to the bank, said Andre Head, CEO of Coltrane Group, whose goal is “preserving and revitalizing the historic black towns of Oklahoma, recording the rich history and heritage of their residents, both past and present.”

“We wanted to preserve that bank and we’re also looking at doing a yearly re-enactment of the bank robbery. We’re working on that now and we’re hoping that this bank will be open in 2020,” Head told the Oklahoman.

He estimated that further fund-raising will be necessary, with about $200,000 needed for the restoration.

The bank building was listed on the National Register of Historic Places in 1975.