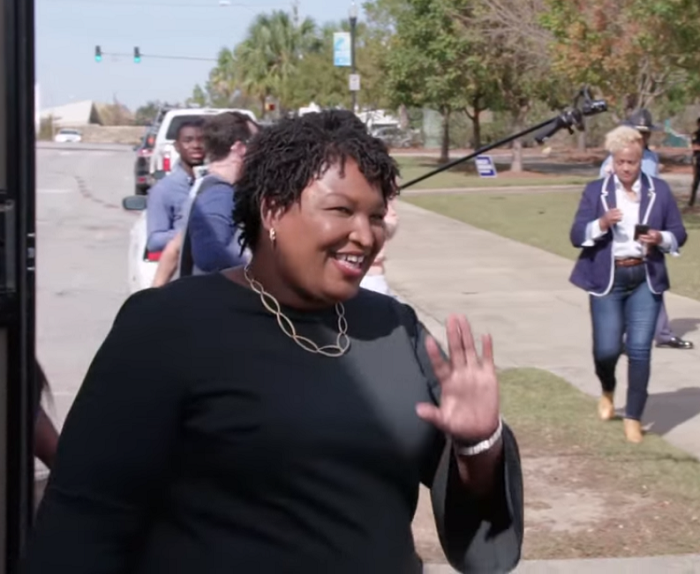 Stacey Abrams To Run For Georgia Governor In 2022

Stacey Abrams, the Democratic former minority leader in the Georgia House of Representatives and the first Black woman to be on the major-party ticket in a U.S. gubernatorial race, announced her second bid to become Georgia’s governor on Wednesday. The announcement sets her up for  a potential 2022 rematch against Republican Gov. Brian Kemp, who defeated her in a bitter 2018 campaign.

Abrams, a voting rights activist lauded by Democrats for driving voter turnout in Joe Biden’s favor in Georgia during the 2020 presidential election, has become one of the most prominent voices in the country on voting rights issues and the disenfranchisement of Black voters.

After losing her previous race — and alleging that voter suppression organized by Kemp, who was then Georgia’s secretary of state, played a hand in that defeat — she founded three organizations focused on voter rights and suppression, including Fair Fight and Fair Count, the latter of which is focused on advocating for an accurate U.S. Census count.

She has spent the intervening years sounding the alarm on voting rights and working to preserve voting accessibility.

“What we’re watching in 2020 is the pinnacle of this attempt to suppress the right to vote through misinformation, through exclusion, through malfeasance and sometimes through incompetence,” Abrams told The 19th’s Editor-at-Large Errin Haines during the 2020 19th Represents Summit.

This year, the Brennan Center for Justice found that, as of October, 19 states have enacted 33 laws that make it more difficult for Americans to vote, including issuing stricter voter ID requirements, shortening windows to apply for mail-in ballots, and making it more difficult to remain on absentee voting lists. That legislative backlash followed a presidential election that generated the highest voter turnout in a century, and former President Donald Trump’s baseless claims of widespread voter fraud. During an interview at Reuters’s virtual conference released Wednesday, Abrams advocated for Congress to pass the John R. Lewis Voting Rights Advancement Act and the Freedom to Vote Act — both blocked by Republicans in the Senate — saying that Democratic support for voting rights protections “signals the understanding that we are at a perilous moment in our democracy.”

“I remain very bullish on the possibility of us getting these bills passed, but that means we have to keep talking about it and we have to keep amplifying the real effects of these laws,” she said.

Kemp, who has repeatedly denied Abram’s allegations of voter suppression, responded quickly after she announced her campaign, writing on Twitter: “With Stacey Abrams in control, Georgia would have shut down, students would have been barred from their classrooms, and woke politics would be the law of the land and the lesson plan in our schools.”

Several Georgia lawmakers praised Abrams’s campaign on Wednesday, including Democratic state Rep. Bee Nguyen, who is running to be Georgia’s secretary of state in 2022. Nguyen named Abrams “a leader in the fight for voting rights” via text.

Quentin James, founder of the Collective PAC, which works to increase Black political representation, told The 19th that Abrams’s campaign adds to the momentum of Black women’s political power going into the 2022 election cycle, particularly with the gubernatorial campaigns of New York Attorney General Leticia James and South Carolina Sen. Mia McLeod, as well as the Senate bids of Val Demings in Florida and Cheri Beasley in North Carolina.

“I don’t think we’ve ever had as many viable Black women running for statewide office at one time than what we’ll have this cycle,” he said.

James also argued that Abrams “nationalizes the Democratic Party brand in a way that isn’t Joe Biden or the DNC but is about reforming voting rights. … I think Stacey, in many ways, represents the thing that Black voters and voters all across the country voting for the Democratic Party have been longing and waiting for.”

Georgia state Rep. Park Cannon, who was arrested at the state Capitol this spring as she protested a law to restrict early voting, said via text that Abrams’s decision to run for governor is refreshing, when “taking into consideration the way in which Black communities continue to labor and lead for voting rights.”