Books about underrepresented characters by marginalised authors resonate with readers. But publishing needs to catch up.

Growing up in the Dominican Republic, Adriana Herrera was always a voracious reader, tearing through books from all different genres. But when her mother gave her a box set of romance novels about an Austrian princess that had been translated into Spanish, Herrera discovered a genre that, decades later, still provides “a particular type of comfort read”.

She tore through young adult romance novels in her teens and came back to romance stories in her late 20s while serving as an aid worker in Latin America and Africa.

“It always was a great place of self-care for me to read stories that I knew would have a happy ending and where there was a real focus on the heroine and her happiness and the things that were important to her, and the hero trying to be better so they could get a happy ending,” Herrera told Al Jazeera.

But few of the romance novels she read featured characters like her: LGBTQ people, Afro-Latinxs, immigrants and other people “who know what it’s like to live at the intersection of marginalised identities”.

Armed with a “craving to see characters that centered on my experience and that could resonate with my particular likes,” Herrera, 40, decided to write her own books. The result is a four-part collection called Dreamers, and the second installment of that series – a book called American Fairytale – was released on May 20.

Three of Herrera’s books are queer romances, and the fourth focuses on a heterosexual relationship.

Herrera’s writing falls into a literary genre known as Own Voices. Coined by young adult author Corinne Duyvis on Twitter in 2015, this term refers to works in which the “protagonist and the author share a marginalised identity”. 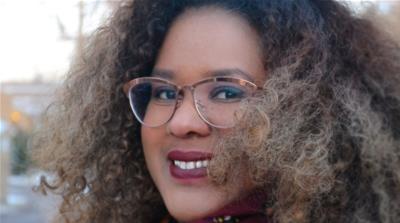 A number of #OwnVoices books have skyrocketed to fame recently, especially in the young adult and middle-grade genres.

Author Angie Thomas has two books on The New York Times’ young adult bestseller list. One of them – The Hate U Give – is about an African-American teen who watches a police officer shoot her childhood friend. It has spent 116 weeks on the list, and there, it was recently joined by other Own Voices titles including Elizabeth Acevedo’s With the Fire on High and Tomi Adeyemi’s Children of Blood and Bone.

Readers hungry for Own Voices stories have compiled lists of them on Goodreads, a social website for book enthusiasts. And they’ve used social media to call on the publishing industry to produce more titles.

The industry is taking notice. The lineup for BookExpo America, a major publishing industry trade event taking place in New York City this week, features a number of panels focusing on diversity.

But publishing companies have generally been slow to catch up to demand, in part due to a lack of diversity within the industry itself.

‘We know those voices need to be heard’

In 2015, Lee & Low Books, an independent, minority-owned children’s book publisher in the United States, surveyed more than 13,000 employees at 35 publishing companies and eight review journals as part of its first Diversity Baseline Survey.

The survey, which looked at race, gender identity, sexual orientation and disability, found that the publishing industry was overwhelmingly white, straight and non-disabled.

That lack of diversity may explain why works by talented writers of colour and authors from other marginalised communities have failed to find significant traction with mainstream publishing companies or have failed to be widely promoted.

Herrera has seen that reality firsthand. When she started writing her books in 2017, “there was only a certain amount of traditional publishing that you could even get a contract with, because gay romance wasn’t something that could be quote-unquote mainstream,” she said. “That in and of itself is a problem, because it’s kind of the unwritten rule that queer stories don’t have a place in the general mainstream market or sitting on the bookshelves next to the historicals.”

In response to the lack of diversity in traditional publishing houses, some smaller, independent companies have cropped up to fill the void. Katie Rose Guest Pryal and Lauren Faulkenberry founded Blue Crow Publishing in Chapel Hill, North Carolina three years ago and publish between five and six titles per year. They said their company “actively seeks out” Own Voices stories – and three of the seven authors they have published so far have fallen into that category.

“When we founded Blue Crow, we wrote a mission statement with five principles to guide our work. One of the principles goes like this: ‘We believe that all authors deserve a voice, especially those whose writing the publishing world has so often turned its back on,'” Pryal and Faulkenberry told Al Jazeera. “We feel that mainstream publishing has historically marginalised a lot of voices out there, and we know those voices need to be heard.”

But it isn’t enough to just put that message on Blue Crow’s website and wait, they said.

“If a publisher does not actively seek them, then you will not find them. If you do not reach out to organisations of writers of colour, for example, or disabled writers, then you will not see submissions by marginalised writers,” Pryal and Faulkenberry explained. “It isn’t enough to simply have your door open. You have to show that you are receptive, that you will actually give those manuscripts a fair read. Marginalised authors are gun-shy, and for good reason.”

‘A lot of barriers to certain stories’

Herrera said she and her agent ultimately went for a digital-first publication with Harlequin, a major romance-novel publisher that is now part of HarperCollins, but “the conversation didn’t even go to a place where like, sure, we could get a print deal, we could get an advance or anything like that”.

…mainstream publishing has historically marginalised a lot of voices out there, and we know those voices need to be heard.

“It was kind of like, this is what it is, you just know that if you have written this kind of romance, you just won’t get a bigger deal,” she added. “Things are changing, but I feel like there are still a lot of barriers to certain stories.”

Those barriers definitely exist in the romance genre: in its more than 30-year history, no black author has ever been awarded a RITA, the top honour from the Romance Writers of America. And young adult readers accustomed to that genre’s wide Own Voices landscape will be disappointed with the selection when they graduate to the romance genre, Herrera said.

Herrera’s books give voice to just those sort of characters, featuring “four childhood friends who are all Afro-Latinx from the Caribbean and grew up together in the South Bronx,” she said. All four titles explore the immigrant experience, something Herrera has lived since coming to the United States in 2002 at the age of 23 for graduate school.

Herrera said that as a bisexual woman who came of age during the AIDS epidemic, discovering LGBTQ romance novels was powerful for her. “To see LGBTQ stories that weren’t about people dying a horrible death or horrible things happening to queer people was something really, really impactful for me,” she said.

‘Write past those barriers’

Lee & Low is currently collecting data for its second Diversity Baseline Survey this year to see if if the publishing industry has moved the needle on staff diversity.

But the industry conversation surrounding Own Voices is not without contention. A broader debate is taking place over whether it is necessary for authors to share the identities of their protagonists in order to produce compelling stories.

For their part, Pryal and Faulkenberry believe it is a mistake to view Own Voices as excluding mainstream authors.

“What Own Voices does, rather than limiting writers who want to write stories of people whose experiences are unfamiliar to them, is encourage writers who have been barred from writing about their own life experiences. These writers have been barred by traditional publishing gatekeepers, but with Own Voices, they have a chance, even if it is a small chance, to write past those barriers,” they said.

“Without the Own Voices movement, marginalised writers might otherwise have avoided writing about their marginalised experiences,” they added. “After all, mainstream publishing is still very white, straight, normate, what have you – from editors to agents to authors. And they prefer stories with main characters who look like them.” 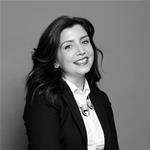 More from FeaturesMore posts in Features »