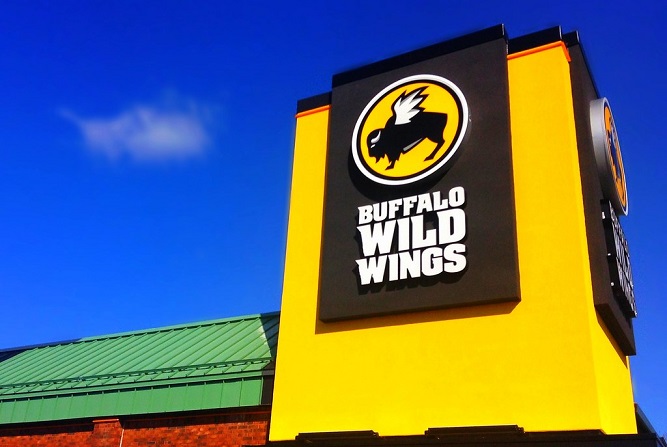 A Buffalo Wild Wings near Chicago says it has fired multiple employees after a family claimed they were asked to move tables over another customer’s “racist” remarks.

Mary Vahl and her family were celebrating a child’s birthday at the restaurant chain last week when the alleged incident occurred. Just as their group — the majority of whom were African American — was about to be seated, a staff member asked them if they could move to a new section, due to the request of some “regular customers.”

“A couple of minutes went by and the host went up to my husband and asked ‘what race are you guys?'” Vahl wrote in a now-viral Facebook post describing the encounter.

Mary’s husband, Justin Vahl, told the Washington Post that he asked the host why their race mattered. The employee responded by saying there was a regular customer nearby who “doesn’t want black people sitting near him.”

Vahl’s post, which has now been shared more than 5,000 times, goes on to explain that their group refused to change tables, instead insisting to remain where the host had originally planned to seat them. After they sat down, the family noticed a white man at a nearby table — who Vahl assumed to be the “racist” regular — staring at them.

The group then noticed the man speaking with a staff member, immediately after which they were again asked to move.

“[An employee] approaches us and communicates to [our group that] ‘these seats are reserved and we will have to move your group,'” Vahl’s post said.

But the family refused to move seats, speaking with multiple managers who insisted that their table had been reserved by another party, despite Vahl claiming that one waitress openly admitted the “regular” was a “racist.” The Naperville Sun also notes that Buffalo Wild Wings does not take reservations.

The staff stood their ground though, and the Vahls ultimately left the restaurant, choosing to eat instead at a nearby Hooters.

“In 2019, this type of behavior should not be accepted because of certain views,” Vahl’s post read. “If you don’t want to sit next to certain people in a public restaurant then you should probably eat dinner in the comfort of your own home.”

Vahl’s viral post sparked more than just an online response. A spokesperson for Buffalo Wild Wings confirmed to the Associated Press on Sunday that it had fired multiple employees after an “internal investigation.”

“Buffalo Wild Wings values an inclusive environment and has zero tolerance for discrimination of any kind,” a spokesperson for the restaurant chain told WBBM-TV in an email.