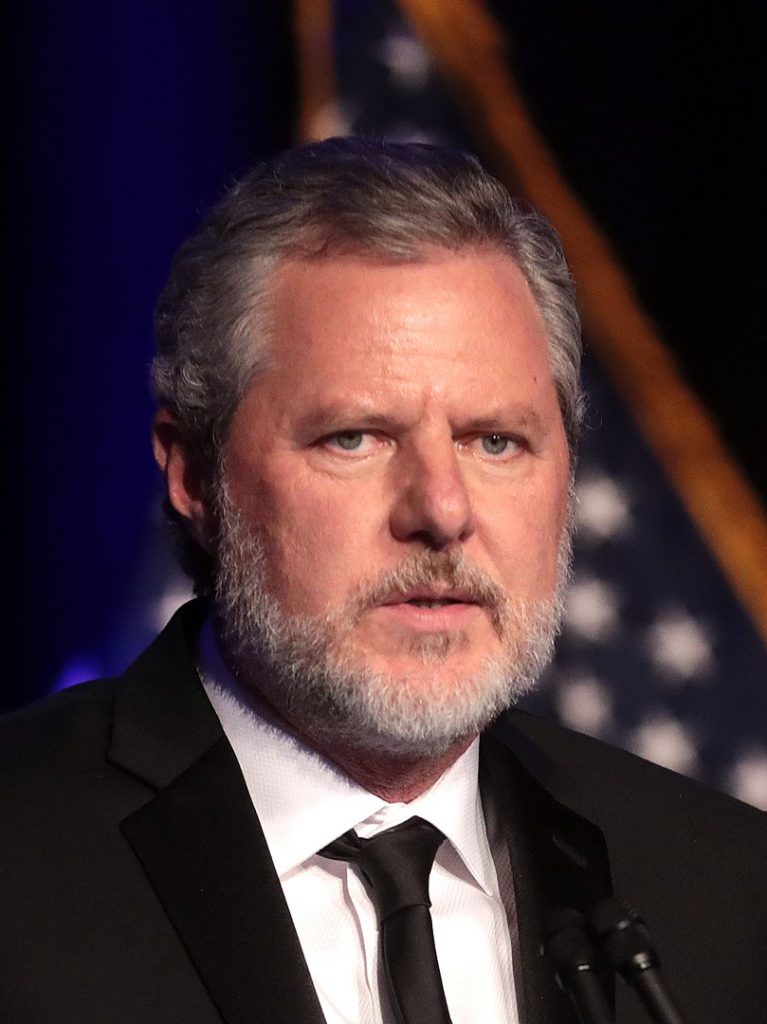 Many headlines in the past week have speculated publicly on the sex lives of Jerry Falwell Jr. and his wife Becki Falwell.

While both Falwells have told the press that the scandal is, more or less, all Becki’s fault an investigative report in Reuters alleges that Falwell Jr. was a complicit voyeur in his wife’s affair with a former pool attendant and business partner. Falwell has denied these allegations.

Falwell resigned as president of Liberty University, the ultra-conservative evangelical college founded by his father on Aug. 25.

As as a sociologist who has spent years studying the world of online Christian sex advice message boards and blogs, I have read stories from evangelical Christians who turn to the web to talk openly about their sexual activities and desires.

Based on this research, I argue that the Falwell’s scandal fits into a broader story about gender dynamics within part of an evangelical sexual culture.

I found that most users of Christian sex advice websites shared the Falwells’ conservative beliefs that sex is intended for straight, monogamous matrimony. But at the same time, many were accepting of others’ unusual sexual interests, so long as they involved husband and wife as consenting participants.

One litmus test of whether the Christian online community would support a users’ interest in unconventional sex practices was whether his wife was on board.

As one blogger advised a follower of the blog who commented on his interest in wearing his wife’s underwear, “Either talk to your wife about it, or let it go. But don’t indulge in it in secret.”

The sanctity of marriage

Evangelicals tend to believe in gender complementarianism, or that God created men and women to fulfill distinct and complementing roles. This applies in all areas of life, including the bedroom. Godly sex is sex where married men and women follow typical gender roles.

The Falwells too have been outspoken opponents of sex outside marriage as well as of LGBTQ people and their rights. As such, some commentators have called out the hypocrisy exposed in this scandal.

Interestingly, despite their evangelical beliefs, the website users I studied did not universally condemn an interest in unconventional sex, although some expressed skepticism and even outright hostility.

The moral line has to do with the sacred status of marriage itself. This attitude is everywhere in bestselling Christian sex advice, like author Kevin Leman who writes, “The Bible is amazingly free in what it allows and even encourages a married couple to do in bed.” According to Leman, “A fulfilling sex life is one of the most powerful marital glues a couple can have.”

Following this logic, one evangelical woman writes on a Christian sex advice message board, “My DH (dear husband) enjoys wearing my underwear from time to time. I don’t have a problem with it. It is an intimate act, drawing us together in another way.”

Another member of this message board shared his first experience with kinky sex: “My wife said it was not as bad as she thought because she really enjoyed pleasing me.” This quote illustrates the leverage husbands have over their wives when it comes to their sex lives. This website user had to work to convince his wife to engage in the sex he desires. He told the message board that she didn’t think it was “so bad” – not exactly a ringing endorsement.

The desires of men

The issue is that evangelicals who value men’s headship and women’s submission may implicitly or explicitly pressure women to perform sexually in a way that pleases their husbands, even if not themselves.

On the online Christian sex forums I studied, I observed time and again men who explored their deepest sexual fantasies and desires. Women, on the other hand, often joined the sites trying to figure out a basic form of sexual pleasure: how to have an orgasm.

This is not to say that evangelical women don’t have expansive sexual thoughts and feelings, but that online Christian communities were not a space for them to express them. Almost all of the unconventional sex I read about was being initiated by men within their Christian marriages.

Based on what we know about evangelical sexual attitudes and beliefs, most would likely describe the scandal as sinful since the affair itself, regardless of Falwell Jr.‘s alleged involvement, clearly violates monogamous matrimony. Both Falwells have denied the accusation that Falwell Jr. was a voyeur.

That denial, though, further hurts Becki Falwell’s image as a spouse, who cheated, but it may not make much of a difference when it comes to Falwell Jr.’s standing in the evangelical community. Since evangelical culture protects and prioritizes men’s sexual interests more than women’s, he’ll have the upper hand, voyeur or not.

Published in Grapevine and Religion