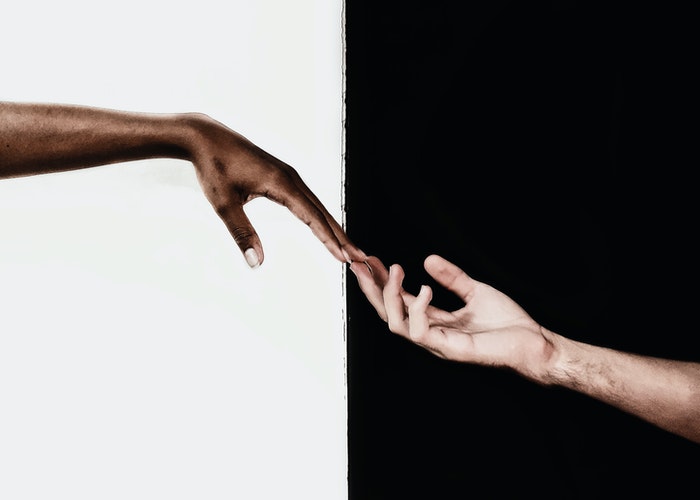 It’s been two weeks since George Floyd was killed by Minneapolis police officer Derek Chauvin, who kneeled on Floyd’s neck for nearly nine minutes until he died. It’s been almost as long since protests erupted in all 50 states and numerous countries across the continents of Africa, Asia, Australia, Europe, and South America—amid a global pandemic—calling for an end to police violence against Black people in the United States.

But surrounding the central demands of the moment—of stopping police killings and holding them accountable when they don’t—there are systemic issues of racism and poverty that, if not addressed comprehensively, will ensure that any “reform” effort today will be short-lived.

What kind of a solution born in this moment would address those systems?

Turns out, it looks a lot like the New Deal.

Franklin D. Roosevelt’s palette of policies and programs was designed to guide the U.S. out of the Great Depression. Unemployment reached nearly 25% during the period from 1929-1939, and the various initiatives put together under the New Deal label were essentially make-work infrastructure programs that benefited both Black and White Americans: The Works Progress Administration employed nearly 350,000 African Americans in 1935, or about 15% of the total number of participants, according to the Roosevelt Institute. The Citizens Conservation Corps had about 11% Black representation at is peak. The Public Works Administration for the first time included racial quotas for hiring Black laborers.

The New Deal wasn’t specifically aimed at achieving racial equity, however, and some aspects had the opposite effect. The Federal Housing Authority laid the groundwork for the postwar housing boom, but it helped to cement discriminatory housing practices such as redlining and race-based covenants, which led directly to White flight from urban centers to the new developing suburbs.

Even the Great Society programs of the late 1960s amounted to patching big holes in a leaky ship. For example, Medicare and Medicaid provided access to health care for many older and poorer Americans, but it left intact the for-profit health care system that impoverishes too many people outside of those programs, and let businesses decide what kind of health insurance to offer (or not) to their employees. It’s no surprise that working-class and part-time workers in which Black Americans are overrepresented receive the least amount of coverage, and those workers are the least able to afford the high deductibles and low maximum payouts associated with those plans.

When the presidential Kerner Commission looked into the 1967 “race riots” that took place in many cities, and came to the conclusion that poverty and systemic racism were root causes driving the violence, and proposed massive investments to provide equal opportunities, President Lyndon Johnson shelved the report, deeming it too controversial.

This isn’t the 1930s or 1960s, but we are confronted with a similar set of issues: high rates of poverty and inequality, Depression-level unemployment rates thanks to the COVID-19 pandemic, and critical infrastructure needs in the form of a lack of affordable housing, ineffectual mass transportation, and crumbling bridges. And, at least until January 2017, we were trying to refocus our economy away from fossil fuels to take on global climate change.

All of that would take a massive injection of money from the federal government, which for the past 40 years has been controlled by politicians from both parties adhering to a political philosophy that says government must not interfere in the economy.

As a result, we now have years of evidence to show how neoliberalism has failed.

In a widely circulated video, author and activist Kimberly Jones explained, with all the pent-up rage and despair stemming from centuries of racial oppression, why Black people are demonstrating, and why some are looting when many outside (White) observers chastise them for harming their own cause.

Black people, she said, have been playing a rigged game, and every time they begin to succeed or pull ahead, White America comes in and slaps them down, as they did in Tulsa, Oklahoma, in 1921 and Rosewood, Florida, in 1923.

Real wealth, defined as assets minus debts, is beyond the reach of the vast majority of Black Americans. The Institute for Policy Studies has projected that, by 2053, the average net wealth of Black families is expected to fall to zero, while in the same timeframe, White households would see theirs rise to $137,000.

And while it is true that the unemployment rate for Black Americans in August 2019 reached 5.4%—its lowest point since 1972, when the U.S. Bureau of Labor Statistics began separating the data by race—you only need to scratch the surface of that data to find the inequities buried in the system: The White jobless rate for August 2019 also was near its all-time low (3.4%, slightly higher than the low point of 3.1% last seen in February this year).

And while the Black unemployment rate occasionally topped 20% in the early 1980s and is often above 10%, the White rate has only crested 10% twice in the past 48 years: in April and May 2020, when the national economy effectively shut down because of the pandemic.

Racial equality is the great unfinished task of America.

And to re-emphasize a point that was dominating the national conversation until two weeks ago, Black Americans, while making up 12.5% of the U.S. population, account for 23% of COVID-19 deaths so far. While the exact mechanism by which one person dies from the disease and another is hardly effected is not understood, the COVID case and death disparities have exposed the way in which poverty and inequality exacerbates illness among Black and Brown people.

The conviction of a few White police officers isn’t going to address that kind of inequality.

But a progressive set of policies will. We’ve seen a recent example of that with the Green New Deal, as proposed by progressive members of Congress. It incorporates an intersectional view of social progress, in that it outlines that programs be directed toward stopping and reversing the historic oppression of people of color, reducing economic inequality, and weighing the effects of future policies on the most vulnerable front-line communities. The word “Green” would give the impression it’s all about the environment, and indeed, we’d have a much cleaner and sustainable nation if it were implemented. But we’d also find ourselves in a more equitable nation, especially if we started the process of transforming our economy with a Black New Deal.

It’s not a replacement for reparations for the enslavement of African people and the subsequent centuries of discrimination against their descendants, but it’s a step in that direction. And a New Deal that benefits Black America ultimately benefits all of America.

This won’t happen under Trump’s watch. Even Joe Biden, pragmatic centrist that he is, has acknowledged that the work of achieving racial equality would outlast his administration—but at least it shows he’s thinking long-term about the problem, and he did sign on to the initial Green New Deal proposal.

Racial equality is the great unfinished task of America. Smart people who have studied these problems have left road maps that can get us to solutions. We have the money—in our federal defense budget and in our militarized police forces. The missing element has always been political courage.

We’re seeing that courage in the streets right now. What we need next are the leaders who share it.