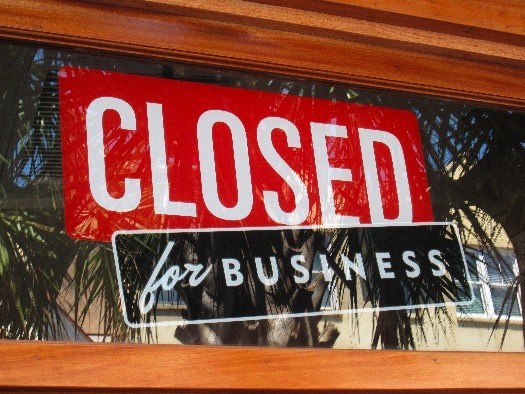 As mass cancellations of public gatherings including sports events, concerts, church services, K-12 school closures, college and university classes moving online, and social distancing sweep the country as precautions because of the coronavirus disease, COVID-19, adverse economic impact is upon us and has been projected to worsen in coming months.

Therefore, we need to be intentional about strategizing to create a society that on the other side of this pandemic works for all of us. Some examples of how this can be done are already emerging.

The common reassurance that “only” those with underlying health conditions and those over 60 are at risk, in addition to being ableist and ageist, also encourages individualism and an attitude of taking care only of one’s self and loved ones. Those of us who are older and/or immunocompromised and at higher risk than young, healthy, able-bodied people appreciate those who are doing what they can to stop the spread of this virus, instead of hiding out until the outbreak passes and things “go back to normal.” But we all have to recognize that this pandemic is offering us an opportunity to see where our weaknesses as a society are and to come up with effective sustainable solutions.

Sustainable examples of a new system are emerging.

When health insurance is tied to employment, those who are unemployed or underemployed and those who may have full-time work but the employee contributions to premiums for adequate coverage are out of reach, can’t afford to stay healthy. Thus, they are more vulnerable to infections of all kinds, particularly vicious viruses like the current specter. The more people who get sick, the greater the number of people who are at risk of getting sick.

It is not just detrimental to narrow one’s focus to only making sure one’s self is taken care of—in a pandemic, that’s impossible. While the federal government struggles to pass COVID-19-relief legislation that would include making all testing for the virus free, Colorado’s Department of Public Health and Environment has opened up the state’s first walk-in COVID-19 testing facility. Other states also have been moving forward despite bureaucratic delays, including enacting COVID-19-related legislation, and public health departments have been responding much more quickly to their own community’s needs, including putting together resource pages and regularly updating them. The Colorado Department of Public Health and Environment has created a data-visualization site to track COVID-19’s spread across the state. But it’s going to take more than these efforts in a few states and municipalities to slow down the spread of infections and preventing pandemics. Single-payer health care is essential in this regard.

Similarly, the ramifications of being the only one in 22 wealthy countries that does not guarantee workers some form of paid sick leave means that low-wage workers like food-service professionals who are unwell have to choose between starving and going to work ill—when their places of employment are open, that is. So even if you’re not a food-service worker and don’t know anyone who is, your risk as a member of the public who relies on services that workers who have no paid time off provide is increased.

Of course, the mandatory closures being implemented across the nation are going to cause many restaurants to close permanently, leaving thousands without employment. Before mandatory closures was implemented, Colorado had issued new rules mandating paid and unpaid sick leave for qualified workers. While many of those who are facing job loss because of the shutdowns may be able to receive unemployment, Colorado’s plan to pay food workers to take time off might have helped more restaurants survived the COVID-19 crisis.

The damage, created by emergency measures that in our current society are necessary, has hit restaurants as well as small businesses hardest, which strips communities of their unique character. It’s not just about cities retaining their individuality: As the world of biology has taught us, diversity is the key to resilience.

That’s why Seattle’s plan, announced by Mayor Jenny Durkan last Thursday, to spend $1.5 million on grants of up to $10,000 to small businesses who are struggling because of COVID-19 should be one thing that spreads to other cities. The Seattle Foundation has created the COVID-19 Respond Fund will support organizations on the front lines and who work with those disproportionately affected by the outbreak. Celebrated author of So You Want To Talk About Race and other books, Ijeoma Oluo, a Seattle native,  has launched a relief fund to help her city’s art community. In less than a week after going live, Seattle Artists Relief has raised more than $40,000 of its stated $100,000 goal, which should be encouraging to other artists, writers, and members of the gig economy who have larger platforms and name-recognition they can lend to the cause of supporting small businesses and creators through the economic contractions that pandemics tend to cause.

Just as the city is finding money to support small businesses, so should it find the money to put toward housing. The housing crisis in this country preceded the COVID-19 crisis, but the two are likely to worsen each other. As the economic impacts of COVID-19 shutdowns deepens, more and more people are at risk of joining the already swelling ranks of the unhoused. Those who live outside cannot regularly wash their hands or easily find a pair of gloves to wear, can’t care for their immune systems by getting sufficient sleep and eating nutrient-rich foods. So they are at higher risk, as are the millions of social workers, service providers, crisis workers, community mental-health counselors, caregivers, shelter workers and others who work closely with them.

Public health departments have resources such as communication networks and emergency-planning resources on their websites; King County’s Public Health department runs the Healthcare for the Homeless Network, often underutilized simply because community members who don’t know about them or who can’t access them in their own languages. As yet another example of why it’s important to keep local arts communities strong, Seattle-based artist Yadesa Bojia decided to take action when he realized, through talking with members of the Ethiopian community in his native language of Amharic, that there was a lot of confusion surrounding the virus. He made a Facebook Live explaining recommendations, precautions, and resources in Amharic and the video has been viewed more than 2,000 times. COVID19MutualAid, a Facebook group and Instagram page that has created a GoogleDoc that can be viewed in English and Spanish to coordinate volunteer support.

Banning large gatherings and citywide quarantines, should be followed. They will also cause damage that will likely outlast whatever temporary relief governments, organizations, and citizens put together now. What we need is a permanent culture of mutual aid, one where all of the efforts discussed above are constantly being created and sustained perpetually not because of an emergency but because that’s what brings social and economic justice to all.

It’s time to push our leaders to replace their short-term view of maintaining until things can go back to normal (as in, the conditions that make pandemics possible) with the bigger vision of a sustainable society that always cares for what its members need.