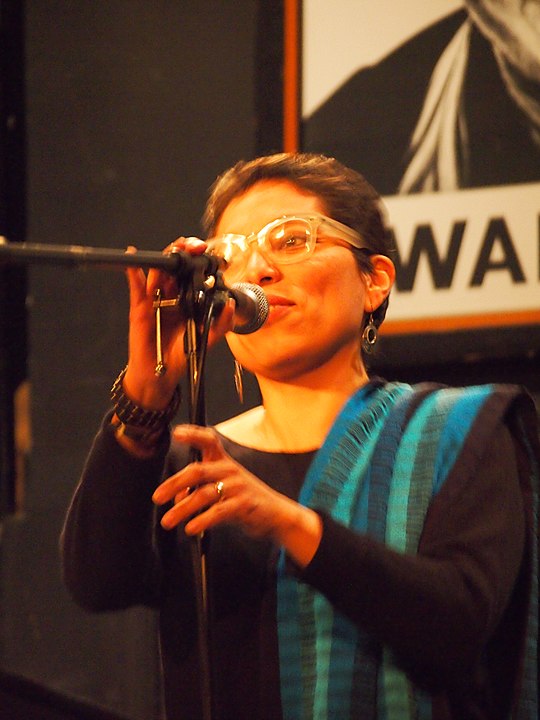 Poets Of Color Carry Pushing For Social Change In Their Communities.

Most often in the United States, when poetry is discussed, what comes to mind for many is the works of Robert Frost, Walt Whitman, T.S. Eliot, even Emily Dickinson. These are referred to as the “classics.” While their works have influenced much of American culture, the works of poets of color have championed revolutionary change, many through social justice movements.

Phillis Wheatley was the first African-American woman to publish a book of poetry, and was born into slavery, yet many do not know her name.

Even when we look globally, many poets were key revolutionaries in the Sandinista National Liberation Front against the Somoza regime and United States occupation of Nicaragua.

Today in the U.S., a number of contemporary poets carry the torch of their work pushing for social change in their communities.

Poets such as Washington state Poet Laureate Claudia Castro Luna, Seattle’s first Civic Poet (2015-2017), and Detroiters Nadine Marshall and Tawana Petty. These poets of color have addressed the erasure of people of color’s narratives, the reclamation of these narratives, and further, the liberation that poetry can bring for people of color.

Luna, who emigrated to the United States from El Salvador in 1981 with her parents and sister, uses her writing to bring stories to life that are often overlooked and erased. Her soon-to-be-released memoir, Like Water to Drink, tells the story of what that journey of escaping the civil war in El Salvador was like for her and her family. Other works include, Killing Marias, a poetry collection that sheds light on femicide—the murder of women—in Juarez, Mexico.  The book was titled for the many murdered women whose names were Maria, and it served as a catalyst for others who have continued to bring light to the issue of feminicide in Mexico. For example, it inspired Seattle Times journalists, Corinne Chin and Erika Schulz, to obtain a grant and travel to Juarez to interview families of the murdered women.

Luna is working on a project called One River, Many Voices, in which she travels along the Colombia River in Washington hosting workshops and readings in the communities along the river. She documents her travels online, sharing poems she, and the people she meets, write about the landscape and their lives. Most of the people who live in these areas are Latinx, and many are workers who support the apple and wine industries for the entire country. For many working-class immigrant Latinx communities in these rural areas in Washington state, this is the first time they have seen their stories reflected.

While Luna engages in many different community spaces, she speaks about the transformative nature of working within schools, particularly.

“It is not unheard of, it’s not impossible to have a Latina, Central American immigrant, become a writer, be a poet in the world,” she says.

Luna started writing while studying abroad in France. She says being in a new country yet again made her feel as she did when she first arrived in the United States: foreign and alone. Out of this loneliness, she began writing poems. She believes it is important to speak with different communities and young people about her work, because writing allows one to express themselves and the feelings that are otherwise difficult to understand and convey.

She recently spoke at the University of Washington Bothell and shared poems from Killing Marias, and also from the unpublished manuscript of her memoir about growing up during the Civil War in El Salvador, and her journey of leaving and coming to the United States. While on campus, she met with some students. At the small informal gathering, five Latinx women came to speak with Luna. They all shared stories of being the only Latinx person in a space, and how much it meant to see a Latina activist sharing her work. Luna shared that she was also often the only Latinx person in some spaces.

Luna is not just inspiring people to express themselves through writing. One student shared that she has always loved physics and science, but she was often pushed out of those spaces in school because of her race and gender. When she came to college, she tried being an education major instead, but found herself gravitating back to STEM classrooms. After she graduates, she hopes to create a foundation for young, low-income women of color to have more resources when entering STEM fields. Witnessing Luna following her passions inspired this student to do the same.

In Detroit, Nadine Marshall works with a youth program called Inside Out Arts, where they teach poetry to help young people share their own stories. The group of 13- to 19-year-olds reads, writes, and discusses poetry. Inside Out also organizes a citywide youth poetry slam.

As a queer Black, nonbinary poet, Marshall says they approach poetry as a tool of liberation. It’s useful, they believe, to grapple with the ways systems fail and oppression is perpetuated, but also it is a tool used to imagine a different and better future.

They say, when approaching poetry, they often lead with the question, “How do we extend the poem beyond just what currently exists in our world, and we start world-building in a different way by through our words?”

“As a poet right now, I’m really deeply interested in gender liberation work, and how writing through [the] lens of what it means to feel liberation in my body, outside of binaries that exist, why that’s so important, and also honoring what boihood means, B-O-I. And how that I can reclaim that space as a Black, queer, trans, writer,” Marshall says.

Marshall explores “boihood” through their poem “I Want to Be a Happy BOI,” in which they write:

BOI, you are whole and fitting to yourself & i’ve asked
who this body belongs to, its weighty limbs & dark skin,
bleeding wants
its stranger mouth.

While the young people who Marshall works with don’t always understand their gender right away, Marshall finds it is important for them to present the way they feel most comfortable, as an example of someone living in their truth. And this way, young people can learn by example.

Marshall is also director of the Allied Media Conference, a nonprofit with a mission that “bring[s] together people and projects that show us what our world can be.” Held in June, the AMC is one of the largest annual gatherings of artists, organizers, media-makers, and activists in the United States, featuring more than 250 sessions for attendees to choose from. Many evening activities also bring together music and performance artist at the intersection of art and social change.

“When we gather at the Allied Media Conference, the thing that we’re thinking a lot about is one, yes, what are all of the systemic forces operating upon us? But also, what does it mean to liberate ourselves from those forces? I think poetry does a lot of that work,” Marshall says.

Another Detroit poet, Tawana Petty, also leads poetry workshops in her community. Petty, who is a poet, author, mother, and social justice organizer, has worked with people of all ages. She says there are many negative perceptions of her hometown in the country, and she “[uses] poetry as a kind of countermeasure to push back against those dominant narratives [and] to seed young people with a positive image of themselves, through art.”

Similar to Marshall, Petty uses her work to imagine brighter futures. She teaches her workshop “Poetry As Visionary Resistance,” which begins with writing about oppression, power, and privilege, but then shifts to “visioning and imagining what society could become.”

Born and raised in Detroit, she describes her frustration with the negative media portrayals of the city. That bad rap, she explains, causes many to want to leave the city. “You were supposed to grow up and get out of here, that was a measure of your success,” she says. But she uses poetry as a tool to reclaim Detroit’s narrative from the media.

Petty is determined to bring poetry into spaces that don’t always have access to it.

That’s why she also hosts the annual Petty Propolis Art Festival and Artist Retreat in historic Idlewild, Michigan. This poetry festival and retreat creates a safe space for Black people to share poetry and art, and also engage in outdoor activities such as kayaking. In the past, people like Black, queer, author, organizer, and YES! contributor adrienne maree brown have led workshops at the festival.

“I want folks to think of poetry as a way to wake up in the morning, and be able to look yourself in the mirror and say, “I’m human, I’m worthy, my voice matters.” It’s kind of like a life mantra. It’s like a way of being. And it’s less about the poems you write and it’s more about the way you exist in the world,” Petty says.