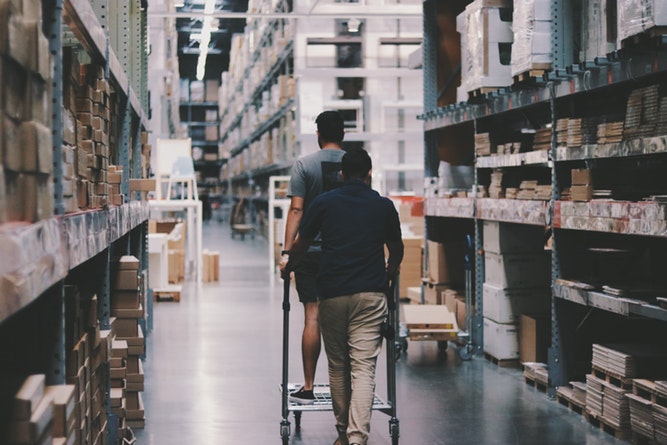 Privilege and the Coronavirus Pandemic

Since the first announcement of the coronavirus outbreak in the United States nearly a month ago, it’s still surreal. We wake up to announcements of the latest closures, social-distancing graphics and protocols, and zero-interest rates. Fears and insecurities continue to rise with our 24-hour news cycle firing off the increasing numbers of coronavirus cases and COVID-19 deaths, in addition to reports of vanishing toilet paper and hand sanitizer, and images of concert-goer lines outside of grocery stores. All this against the backdrop of viral videos of celebrities sharing their medical results, politicians losing decorum, and social media users jesting with daily-changing hashtags circulating the internet.

But for those who have fled war-torn countries, or those in the Caribbean who live with the fear and trauma of ecocide, or those who don’t know where their next meal is coming from, or have been denied work because of race, gender, sexuality, nationality, disability, or those who have navigated food-insecurity or shelter-insecurity long before this pandemic, panic is not an option. Their every move has to be strategic and mostly always considerate of one another.

That so many in the U.S. seem to be operating in paranoia and fear-mongering, there’s no time like the present for us to check our privilege. Things will more than likely get worse before they get better as world balances continue to shift. And even if there was a fast-track queue for testing in airports, or a vaccine readily available, neither would stop the current pandemic—it’s already here.

Consider these two maps. The first, snapped in October 2019, in the reception area of a small hotel in Guatemala. The pushpins indicate where visitors have traveled from—a  visual representation of who has the privilege of seeing the world. The weight in the Northern Hemisphere and developed countries is clear. Now consider the second map, illustrating the spread of COVID-19—the weight similar to the first map. This is not an accusation of how the virus spreads, but rather an indication of how those privileged enough to explore the world, also now bear the weight of the pandemic (an unfortunate side effect of privilege, perhaps.) And with it, a duty to act thoughtfully, and responsibly—for the sake of those push-pinned or highlighted, or not, around the globe.

I’m first-generation Canadian—born and raised in Montreal, and a permanent resident of the United States. My parents, who were born and raised in Trinidad, where there are two cases of COVID-19, are still in Montreal. I live in Austin, Texas. I speak to them regularly via long-distance calls and video-chats. Social-distancing is a choice made for us. In our most recent call, my father, now in his 80s—a man who remembers World War II and mandatory blackouts so that the fighter planes overhead couldn’t see the island—said he’s never seen anything like [COVID-19] before. My mum, in her 70s—a woman who, as a child, navigated domestic abuse before leaving Trinidad to pursue her education abroad—chimed in, “It’s scary, because of all of the unknowns.” She continued, “But I guess if you’re going to get it, you’re gonna get it. Maybe I’m fatalistic, though.”

Mum then proceeded to tell me how, as a girl, her classmates avoided a fellow student who’d come down with chickenpox during their first communion. “I felt bad for her,” she explained. “So, I sat next to her. And I didn’t get chickenpox until I was in my 20s.” When I asked if she was afraid of the girl, she said, “No. I don’t think so. But that was so long ago.”

Fear today, however, is having a profound and expansive effect. It’s not just the scare of becoming infected with a disease—fatal or nonfatal, it is our economy being turned on its head—near Great Depression proportions—with massive layoffs and the range of workers operating without safety nets—this is particularly true for freelancers and creatives. To boot, the Dow Jones —a trusted indicator of anxiety—has many questioning their plans for retirement. Those with money far from Dow indicators are also considering what the future holds.

Yet, as an example of not-all-is-lost, there is a growing movement within marginalized communities to use their privilege to support those who have less. For those in the margin, taking care of each other isn’t new. The recognition of connectedness—the realization that we’re in this together, and that privilege can be used to advance all of us—is a lesson deserved of contagion.

As the director of two art galleries devoted to highlighting narratives of the Black Diaspora—those who have historically been exploited, colonized, and disenfranchised—notions of how privilege is built, maintained, and dismantled are never far from my thoughts. In the galleries, where we expect to have uncomfortable conversations about race, gender, and politics, we create space for each other—by encouraging gallery attendants to give visitors physical distance, by inspiring staff to share their own perspectives on the exhibitions with guests while leaving room for an exchange, and by checking our fears when discomfort arises. On a predominantly White university campus, there is plenty of room for discomfort. But we constantly check ourselves, as we try to find value in what we each bring to the table.

We all have some degree of privilege.

I have the privilege of writing this essay, from my home, on a quiet and rainy afternoon, undistracted by the overwhelming fear of running out of toilet paper. I have child care-privilege—remote work while the pandemic takes its course lets me juggle child care while reducing the anxiety surrounding who’ll take care of our daughter while we work to pay bills. And I have an introvert privilege—taking comfort, maybe even thriving, as the world calls for social distancing.

This isn’t a prompt to ignore social distancing orders—in fact, it is responsible to adhere to safety instructions coming from our state officials. Nor is it a finger wag at those who have advantages. In fact, affluent communities are forming mutual aids to help others. Rather this a call to look to our fellow humans, regardless of circumstances, for lessons, support, and hope. This is a call to look back at history, to see how we’ve fared in the past. This is a call for all of us to check our privilege so that we can determine a better way forward.