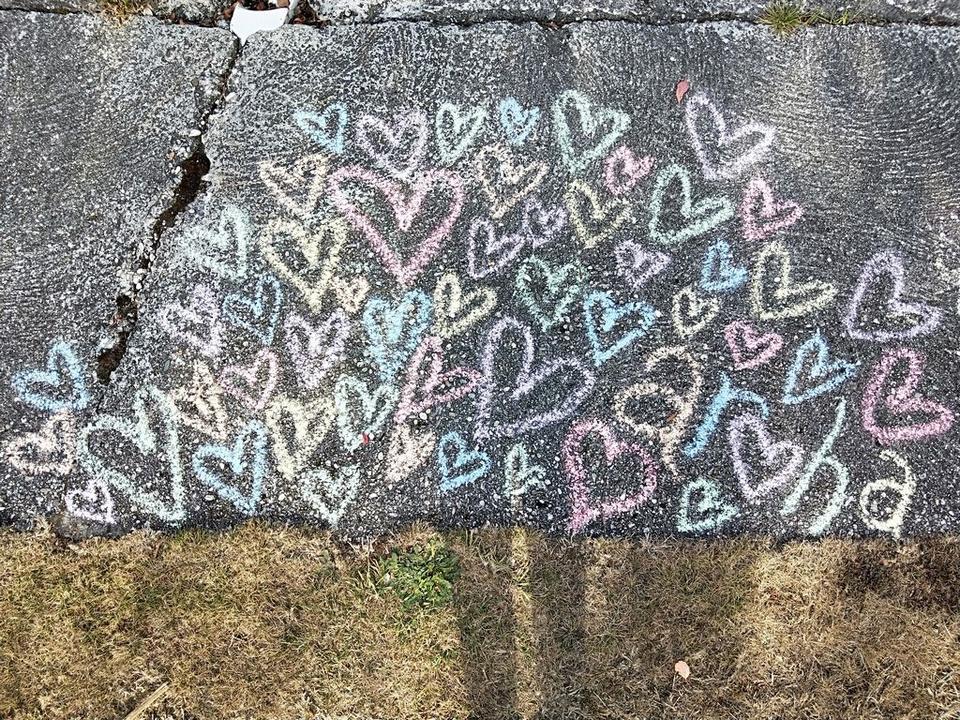 Ways to be neighborly and keep social distancing

“Won’t you be my neighbor?”

Fred Rogers sang this song upwards of 900 times during 31 seasons of “Mister Rogers’ Neighborhood.” But how is being a good neighbor possible during this time of quarantines and social distancing?

Tracy Kirby Harbold, executive director of the Upper Arlington Community Foundation in a suburb of Columbus, Ohio, said its Good Neighbor Fund has experienced an increase in monetary donations and gift cards in the past month.

“People want to do something to help neighbors,” said Harbold, pointing out that about 33,000 live in the community. “We will pay rent, car payments, insurance, back bills … whatever is the need.”

She added, “The silver lining in this is that people are looking at their neighbors and asking how they can help them. They are checking on seniors … paying attention to neighbors when they might have kept to themselves before.”

Because chalk art and messages are one way to express neighborliness, Harbold said an Upper Arlington individual is selling sidewalk chalk and donating proceeds to the foundation. She also said the city of Upper Arlington established Calling Tree to check on 6,000 senior citizens weekly.

“The city lets us know if there is a senior we can help,” she said.

Periodically in Upper Arlington, and communities throughout the U.S., neighbors are plugging in strung lights, lighting luminaries or turning on porch lights as a show of appreciation for first responders and medical personnel. Neighbors are singing to one another while standing in open doors or on balconies.

In Atlanta, according to atlanta.curbed.com, neighbors in a densely packed brownstone-like community on March 21 surprised a 7-year-old on his birthday when he came out of his garage on his bike; they sang, yelled, clapped and waved balloons.

The app Nextdoor, touted as a “local hub to connect and share with the neighborhood,” has surged in popularity during the crisis. Techcrunch.com on March 19 reported two new recent Nextdoor features, The Help Map and Groups, to help neighbors become even more neighborly — from a distance, of course.