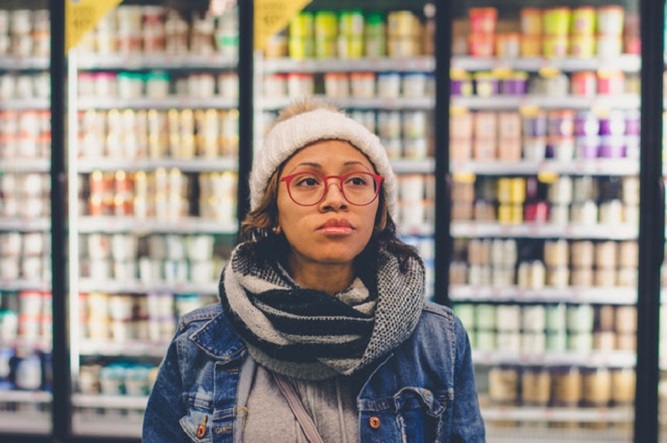 How SNAP can help people during hard economic times like these

A record number of Americans are seeing their hours cut or losing their jobs due to the initial economic repercussions of the coronavirus pandemic. How will millions of newly jobless families keep putting food on the table?

They might get some help from the Supplemental Nutrition Assistance Program. The nation’s largest anti-hunger system helped about 35 million low-income people buy groceries in 2019, down from a peak of over 47 million in 2013 in the aftermath of the Great Recession.

After repeatedly trying to scale back SNAP the White House recently agreed to Congress’s efforts to ramp it back up. The Families First Act, which President Donald Trump signed into law on March 18, included an additional US$1 billion in funding for other nutrition programs and will let more people enroll in SNAP nationwide. The measure also permits the states, which administer this federal program, to temporarily offer higher monthly benefits to many families.

Based on the research I’m doing for an upcoming book about SNAP’s history, I believe this expansion of the program will not just ease the personal economic pain brought on by this crisis. SNAP also pumps more money into local communities, as it’s designed to do whenever the economy weakens.

SNAP helps a wider range of people than many other parts of the safety net. Almost two-thirds of recipients are children, elderly or disabled. But it is also available to able-bodied adults with and without children, working or not – albeit with some restrictions.

SNAP offers a family of four a maximum benefit of $646 a month. The average person on SNAP gets around $130 a month – about $1.40 per person per meal. That might not sound like much to you, but it can make a big difference to anyone facing severe economic hardship.

More than 80% of families on SNAP have incomes at or below the federal poverty line, which is $26,200 for a family of four.

People who apply for SNAP get their benefits within 30 days and sometimes within a week. The funds come on a debit-type card that can be used at roughly 260,000 retailers including grocery stores, convenience stores and even some farmers markets.

The number of people on SNAP typically tracks how well the economy is doing. Losing a job is the most common reason people turn to SNAP.

Economists have found that every percentage point increase in the unemployment rate boosts the number of people on the program by 15%. SNAP recipients spend their benefits quickly, injecting those dollars directly into the economy.

Use of SNAP is so widespread that the Center for Budget and Policy Priorities, a think tank, estimates based on its analysis of USDA data that 10% of all the food U.S. families consume at home is purchased with SNAP.

Most SNAP funds are spent in big box or large grocery stores. But SNAP spending can account for 20-30% of sales – or more – for smaller, independent retailers in depressed areas helping keep these stores open.

Retailers, producers, distributors and marketers all benefit from SNAP purchases. SNAP benefits increase spending on food. But because some or all of a family’s food costs are covered by SNAP, they also have more money to spend on other things.

Recent studies have estimated that each $1 of SNAP benefits spent expands the economy by $1.54 to $1.79 during a recession.

In fact, government economists concluded that SNAP got more bang for the buck in terms of creating jobs during the Great Recession than other federal and state assistance.

The new law changes who can get SNAP and revises other aspects of the program. States will be able to use SNAP benefits to help families with children who get free or reduced-price meals at school but whose schools have closed.

Until the coronavirus crisis is over, the law suspends a cap that had limited benefits to just three months over a three-year period for able-bodied adults without kids under 18. Designed to require able-bodied people to get a job in order to get help, this cap normally applies to people who are aren’t working or are working less than 20 hours a week.

The suspension prevents roughly 700,000 people from being kicked off the program, as the Trump administration had planned.

The law also allows states to offer some people getting SNAP benefits additional emergency aid. This could mean several hundred extra dollars for these families to stock up on food for at least a while. Some states have already gotten approval from the federal government to make these additional benefits available in March.

Finally, the law gives states more administrative flexibility to make it easier to keep people on SNAP and add new applicants. For example, stressed state agencies may be allowed to relax a requirement that all applicants be interviewed in person or over the phone before they can get benefits.

Low-wage workers, such as those who work for hotels, restaurants, bars and stores will be especially hard hit by the sharp economic downturn the new coronavirus is causing. These workers often live paycheck to paycheck and many more of them will need help than before.

Food banks and pantries are scrambling for volunteers and donations and will not be able meet the soaring need. To be clear, even in good times, food banks typically offer only 10% of the food assistance SNAP provides.

Unlike some government programs, there is no set spending limit on SNAP. It covers benefits for all who qualify for help, regardless of what it’s going to cost.

No one knows yet how many more people will enroll in the program or what the total tab will be. But I believe the gains reaped as a result will be well worth it.