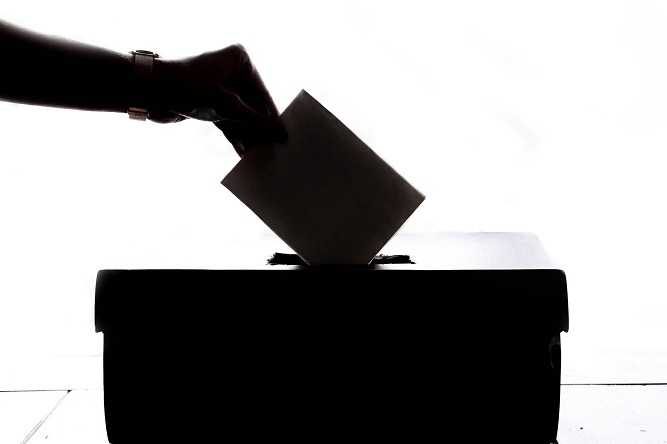 I’m a Young Black Activist in Georgia. I Don’t See Voting As the Only Answer

I never thought about politics purely in the context of elections.

When I was growing up in Georgia, my first exposure to inequity came through my lived experience of living in a majority Black area. My first exposure to fighting inequity came through reading books. I learned about the icons of Black grassroots organizing: civil rights leader Martin Luther King Jr., anti-rape activist Rosa Parks, workers rights champion Dorothy Bolden. What spoke to me was their commitment to door knocking, radical imagination, hard conversation, and deep care for people they had never met. To me, that looked like the most viable path to liberation. This history taught me that when discussing the role and impact of electoral politics for Black people, the context of community is paramount.

It wasn’t until my freshman year at Georgia State University, where I began a degree in African American studies, that I personally began engaging with marginalized communities on electoral politics. I met organizers who spoke to me about their refusal to vote, their refusal to engage in the two-party system. Black radicals made me think harder about the failures of the U.S. government. Interrogating Black folks’ hard-won right to vote meant interrogating the lack of political power for more marginal communities within the overall Black population — poor Black folx, Black women, Black Muslims, Black queer and trans people, and Black people with disabilities.

The summer before the 2016 presidential election, I had to genuinely ask myself if I wanted to cast a vote. I had voted in the primaries for Bernie Sanders, who I thought of as the most progressive candidate, but he had lost the Democratic nomination. After Hillary Clinton was named the Democratic Party candidate, I felt adrift. When students at the Atlanta University Center interrupted Hillary Clinton, it caused quite a stir. I spent hours defending the students protesting her, but mainly reminding Black people of their political power.

From a historical standpoint, Black people should have no allegiance to a specific party, but to better, freer futures and harm reduction. After learning about what I see as Hillary Clinton’s anti-Black history and the irresponsible ways that her campaign engaged with Black folx, I understood Hillary Clinton not as a “lesser evil” than Donald Trump, but as a different form and caliber of the same problem. I remember explaining to my classmates why some Black people wouldn’t vote in the general election. The class I was in had about four generations of Black people in it; at 18, I was the youngest in the room. I was in class with people who saw firsthand the struggles of the civil rights movement, and they disagreed with my position that Black people should give up on electoral politics. Other classmates had witnessed the devastation that the “war on drugs” caused for Black people, and remembered Hillary Clinton referring to young Black men as “super-predators.” Listening to their stories, I realized that Black people’s history is too rich to categorize into boxes, and that different generations had different responses to the trauma they experienced. The Democratic Party had a huge problem on their hands if they failed to address this country’s racist history beyond condemning hate crimes and specific acts of violence. As a young Black organizer in the Deep South, I only felt comfortable working to increase political engagement, not rallying voters behind a particular candidate. I knew then, and know now, that long-standing equity will never show up on any ballot, so my investment in electoral politics will be motivated purely by harm reduction.