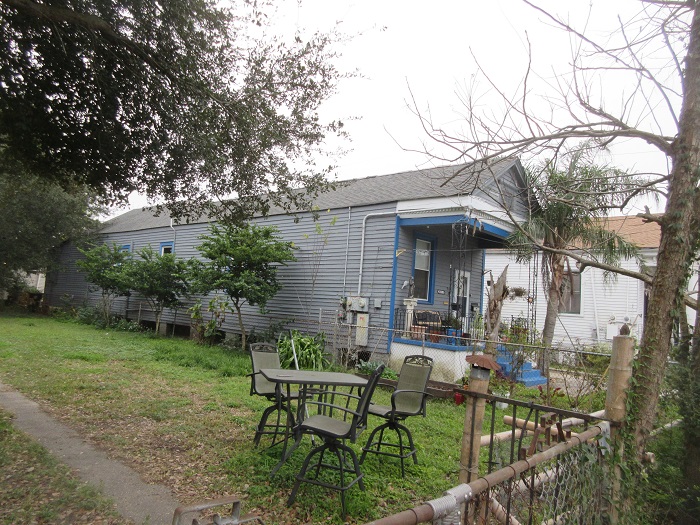 To fix her leaking roof in 2020, she had to borrow money.

“It’s one of them credit card loans,” she said. “Like interest of 30% and all that, you know. I was kind of backed up against the wall, so I just went on and made the loan, a high-interest loan.”

As a sociologist who has spent the past 10 years studying housing conditions in the U.S., I led a research team that conducted interviews with homeowners who are struggling with basic maintenance such as rotting wood siding and floors, mold, crumbling brickwork, outdated plumbing and leaking ceilings. Our first paper from this project is currently under peer review.

Like Yolanda, our interviewees – whom we gave pseudonyms to protect their privacy – were almost all Black women over the age of 60 who lived in old buildings in neighborhoods that have borne the brunt of discrimination – such as redlining and inequitable land use decisions – and disinvestment.

Once a lively district of Black businesses and homes, the 7th Ward has become an area of high poverty since the I-10 expressway was built during the 1960s directly through its heart.

Yolanda had already been living there for a decade before the highway was built.

Though brightly painted, Yolanda’s home is separated from I-10 only by an empty lot, and the constant noise and higher rates of pollution make it hard to imagine Yolanda would be able to sell her home for a profit or use its declining value as equity.

Did Yolanda take out a high-interest loan for nothing?

Was she throwing good money after bad?

These are not easy questions to answer.

Like other Black female homeowners whom we interviewed, Yolanda had to choose between debt and disrepair.

As she explained, she was “backed up against a wall.”

The racist and sexist history of disrepair

According to a 2022 analysis of federal census data by Harvard’s Joint Center for Housing Studies, nearly a third of homeowners who earn less than US$32,000 – about 4.8 million people – spent nothing on maintenance or improvements.

I have noticed worrying trends in the circumstances of those who live in housing in disrepair.

In my book, “Stacked Decks,” I explore the connections between urban housing, race, gender and income inequality.

Since at least the 1970s, real estate agents and lenders have exploited the precarious financial positions of Black women and sold them mortgages on homes in poor condition.

Today – 50 years later – these homes pose even greater health and safety risks to their owners than when they first bought them.

Studies show that after less than two years of ownership, disrepair makes maintaining a livable home difficult for low-income homeowners.

Unaddressed repairs such as leaky roofs or broken pipes frequently result in code violations and court cases, which prompt liens, foreclosures and the possibility of homelessness.

The situation is worse for Black women, who have much less wealth, on average, than their white or male counterparts. Without money to pay for repairs, female homeowners face incurring more debt if they make repairs.

Climate change means that these problems are getting worse as a result of increased rainfall and extreme temperatures.

Doris, a homeowner in Chicago, told us in 2021 about her old and leaking roof and the flooding in her basement. She explained that the flooding was partially due to the overflowing of nearby city-owned drainage pipes.

“Every time it rains, the water comes in,” she said. “By the sewer not being clean … so much water came in my basement that my washer and dryer was floating up on the water.” An insurance claim covered some of the costs of this repair for Doris, and the city is experimenting with new ways to tackle floodwater, but water still gets in when it rains hard.

Racism and sexism in the housing industry

The racism pervading the housing industry is now well known. The real estate industry has, at different points in history, excluded Black Americans from homeownership, included them through predatory loans and deals and reinforced racial segregation by denying loans to Black and other minority residents. Known as redlining, the practice became a self-fulfilling prophecy of disinvestment and declining values.

But real estate agents and mortgage brokers were sexist as well.

These real estate agents and mortgage brokers knew Black women had limited options and assumed they would be likely to default on their mortgages.

A lot can happen to a house in 50 years.

Buildings naturally deteriorate over time, because of the combination of aging construction materials and weather. At some point, all homes need repairs and preventive maintenance.

Chicagoan Kimberly cares for her grandson almost full time and told us about her concerns about the rotted wood that has made her back porch dangerous to stand on.

Disrepair is an issue of environmental injustice. The government has a responsibility to help with repairs because of its role in the housing discrimination that has created such racial disparities in housing conditions.

But, like disaster relief, assistance to homeowners is uneven and hard to obtain.

U.S. cities often use lotteries to distribute funds for repairs, barely scratching the surface of the number of homes in need of repair.

Although all homes need repair work over time, disrepair disproportionately affects people with the fewest resources, because maintenance is expensive. Disrepair also causes health and safety issues, as do other environmental injustices, such as the placement of highways and location of polluting factories.

Disrepair can also force people to leave their homes because they cannot afford repairs.

But making repairs can exacerbate debt.

What all this means is that owning a home, or even paying off a mortgage, does not guarantee that homes remain affordable, an asset or a safe shelter.

Recognizing disrepair as environmental racism could be one step in ensuring homes are all these things.