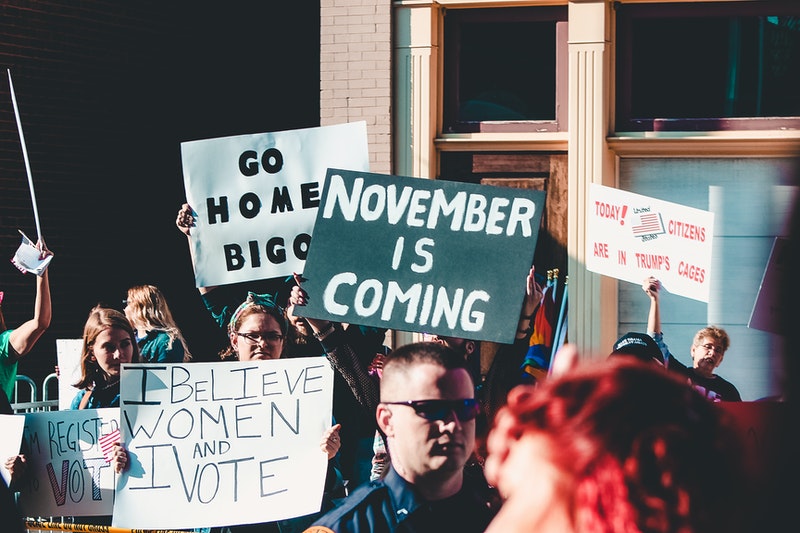 As the 2020 presidential election draws near, one thing is clear: America is an angry nation. From protests over persistent racial injustice to white nationalist-linked counterprotests, anger is on display across the country.

The national ire relates to inequality, the government’s coronavirus response, economic concerns, race and policing. It’s also due, in large part, to deliberate and strategic choices made by American politicians to stoke voter anger for their own electoral advantage.

Donald Trump’s attempts to enrage his base are so plentiful that progressive magazine The Nation called him a “merchant of anger.” Meanwhile, his opponent, Joe Biden, elicits anger toward the president, calling Trump a “toxic presence” who has “cloaked America in darkness.”

Anger-filled political rhetoric is nothing new. From Andrew Johnson and Richard Nixon to Newt Gingrich, politicians have long known that angry voters are loyal voters. People will support their party’s candidates locally and nationally so long as they remain sufficiently outraged at the opposing party.

While inciting voter anger helps candidates win elections, research from my book, “American Rage: How Anger Shapes Our Politics,” shows that the effects of anger outlast elections. And that can have serious consequences for American democracy’s long-term health.

Political anger lowers citizens’ trust in the national government, causing people to view it with hostility, skepticism and outright contempt. Due to the increasingly national focus of politics, that anger is often directed squarely at the federal government, not state or local officials.

That creates a governance problem. As previous scholars have demonstrated, trust facilitates bipartisan lawmaking and support for social welfare programs that seek to make society more equitable, among other policies.

Americans’ trust in government has been declining for six decades.

Scholars have argued that party affiliation determines trust in government. When one’s preferred party controls government, that trust is high; when the opposing party has power, it’s low.

While partisanship does affect people’s trust in various political institutions, it cannot explain why overall faith in the U.S. government has been dropping for decades. After all, party control of Washington switches frequently.

My research finds sustained anger is a more likely suspect for Americans’ diminished trust in government.

Though American political anger has many sources, it was Ronald Reagan’s 1981 assertion that “government is not the solution to our problem, government is the problem” that really began to solidify Republicans’ anger at the federal government.

This statement, rooted in the conservative preference for individualism and free markets over government intervention, crystallized latent Republican anger with what many considered to be an activist federal government. That anger is in full bloom today.

Angry people tend to negatively judge the source of their anger. So when politicians continually label each other with crude epithets and infuriate people by taking – or not taking – certain actions, the public responds by lowering their evaluations of Washington.

Eventually, they question what government is even capable of.

Anger causes Americans to adopt attitudes that run contrary to the democratic ideals of the nation, my research shows.

Angry people generally want to blame somebody – or some group – for their problems, whether they are the real or perceived cause. Political campaigns, logically, work to elicit anger at the opposing party. This means that their supporters are quick to blame those who disagree with them for the country’s shortcomings.

Consequently, voter anger causes politics to move beyond a competition of ideas and philosophies and into a zero-sum game in which each side’s gain is the other’s loss. That weakens people’s commitment to the democratic norms and values that have long been the linchpin of the U.S. political system, such as tolerance and a respect for minority opinions.

In 2018 the Pew Research Center found that 40% of Americans believed democracy was working “not too well” or “not at all well.” This year 62% of Americans surveyed by Pew agreed that the structure of the U.S. government needs “significant changes.”

Democracy may not disappear because candidates keep stoking Americans’ ire at each other and at the political system. My work finds that discontented Americans don’t want an entirely different form of government, despite global concerns that the U.S. is “backsliding” toward authoritarianism.

But anger is corrosive. It diminishes the quality of American democracy well after the politicians who used anger as a campaign strategy have won and left office.