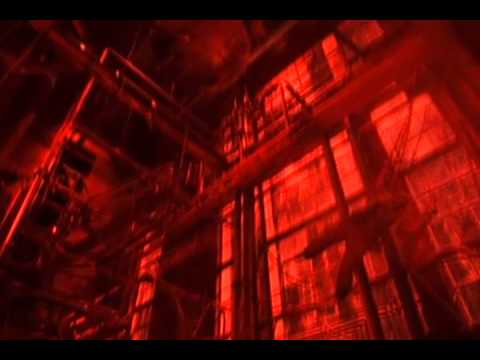 Automation Impacts President Trump Bringing Manufacturing Jobs Back To The US

When Donald Trump ran for President of the United States, he ran on a platform to bring jobs back from overseas. Trump believes that the only reason why the United States lost manufacturing jobs to overseas is because the United States government forced the American people to compete with those of another country. In other words, the government decided to trade with low production cost countries, which hurt the American people in the long run. However, it’s President Trump’s goal to fix the “mess” caused by previous administration. While it seems like President Trump has the best intentions for the American people, it seems like he is missing, or perhaps underestimating a key part of the manufacturing system, automation. Automation refers to the use of automatic machines and equipment for production purposes, and unfortunately it is the future of manufacturing. Automation has a negative effect on manufacturing jobs being brought back to America as well as global industries.

To begin, let’s take a look at the production of clothes in the United States. It’s nonexistent. According to Pedro da Costa, author of “There is a huge hole in Trump’s Promise to Bring Back U.S. Manufacturing Jobs,” explains that the U.S. is the third leading country in textile out-ports, but still imports 97% of clothes. This is because American workers expect to receive a decent pay for their hard work. Therefore, it’s cheaper for companies to outsource because workers in a low-cost country are willing to do the same quality of work for a lower wage. However, SoftWear, a sewing-automation company in Atlanta, Georgia, found an even cheaper production technique that can allow companies to complete their manufacturing on American soil. The vice president of sales for SoftWear, Pete Santora, said that the use of robots costs the company about 33 cents per shirt. Thus, making it cheaper for a robot to do the work than a human. In addition, Tara Donaldson, author of “This Automated Innovation Produces a T-Shirt Every 22 Seconds,” explains that SoftWear can complete a shirt in 26 seconds, which would take a seamstress overseas at least a minute to complete. With that being said, there’s no point in President Trump bringing jobs back to America if it’s just going to result in fewer jobs.

On the other hand, Palaniswamy Rajan, CEO of SoftWear, says that he isn’t sorry for getting rid of manufacturing jobs like sewing because the use of automation allows workers to focus on higher-paying jobs. Although automation is taking away unattractive manufacturing jobs, it is also generating new opportunities for jobs. For instance, keeping up with maintenance on the machines and operating them requires a whole new skill set. Therefore, those individuals who have in understanding of those things and the production process will get a better paying job than they probably could have gotten without automation. On top of that, Keun Lee and Moosup Jung, authors of “Overseas Factories, Domestic Employment and Technological Hollowing Out: A Case Study of Samsung’s Mobile Phone Business,” state that the advantage of automation comes from the technological change in the industry as well as the demand and life-cycle patterns of the product. This is because automated manufacturing could potentially incur higher costs than an independent supplier. Therefore, there are some manufacturing industries out there where it wouldn’t make sense to use automation. Samsung chooses to automate only the mold and design of their mobile phone because Samsung has a lower profit margin than Apple, which allows independent suppliers to offer the lowest price to finish production. In this sense, it isn’t worth it for Samsung to automate their entire product.

Unfortunately, if manufacturing jobs are brought back to America, it will have an impact on other countries. According to Michael Schuman, author for the New York Times, President Trump is in favor of imposing tariffs on America’s trading partners if jobs are continued to be outsourced. Specifically, he has already proposed a 45 percent tariff on Chinese imports. Since China is our biggest trading partner, it would cost more for Americans to purchase Chinese goods in order to make up for the deficit. Since, it would cost more for Americans to buy these imports, China won’t generate as much income. For example, iPhones are made in China, so if they are going to be taxed, people would rather keep an old model of the phone than get a new model. In the long-term, it could also cause corporations to move out of China altogether. In addition, Trump has already removed the United States from the Trans-Pacific Partnership and has also threatened to remove the United States from the World Trade Organization. Without the TPP, it adds onto the risk of tariffs being put in place on imports. Members of the TPP that normally trade with the U.S. like Australia, Mexico, Canada, etc. will also have to trade more with other countries in order to keep their own economy stable.

In conclusion, automation impacts President Trump bringing manufacturing jobs back to the United States in many ways. If jobs are brought back, there will be fewer jobs available for middle class employees which will disrupt the unemployment rate. It will also globally impact the economies of countries that the United States trades with. Though automation will eventually be the way of the future, at this point in time it makes more sense to leave manufacturing jobs overseas.