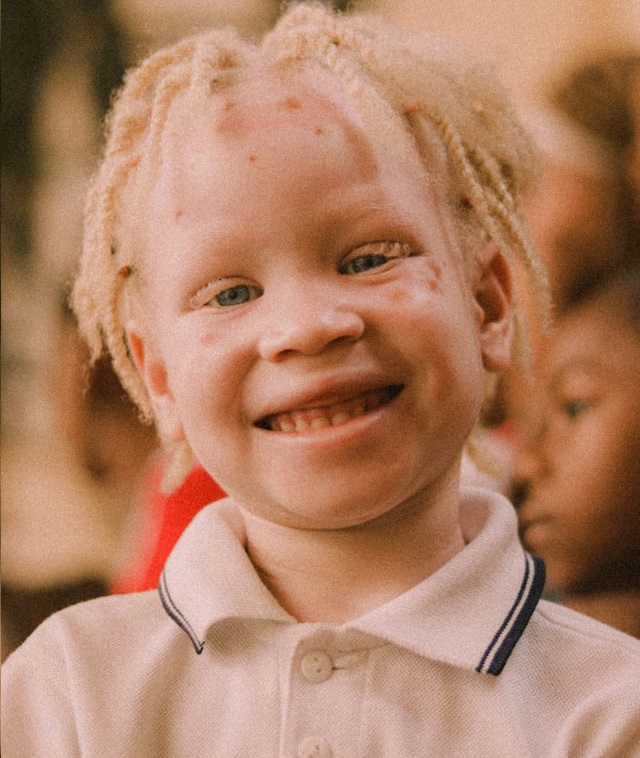 Racism is often debated, discussed and analyzed in politics, the classroom and the workplace.

But as a scholar of the politics of skin color, I see colorism as a form of prejudice that’s poorly understood and gets very little attention.

The Merriam-Webster dictionary defines colorism as “prejudice or discrimination especially within a racial or ethnic group favoring people with lighter skin over those with darker skin.” Western media outlets routinely assume that colorism refers to the preference for lighter skin in communities of color.

Yet this assumption betrays a Western bias. Yes, in places like the U.S., darker-skinned people can experience various aspects of discrimination.

But in some African communities, the U.S. and other parts of the world, light skin may also lead to prejudicial treatment.

Targets for discrimination and abuse

Albinism is a hereditary condition caused by mutations of certain genes that affect the amount of melanin produced by the body. The condition is relatively rare – roughly 1 in 17,000 people worldwide – and rates vary by population group.

But in Africa, certain tribal traditions can place the lives of albino Africans in danger. In an environment where dark skin is the dominant norm, light appearances can invite reverse colorism – and even lead to violence.

Incidents of albino reverse colorism occur most often in sub-Saharan Africa. There, some natives refer to albinos using the pejorative “inkawu,” which, in English, roughly equates to “white baboon.”

Other words that refer to albinos are “isishawa” – meaning a person who is cursed – and “zeruzeru,” which is predominantly used in Tanzania and means “ghostlike.”

Tanzania is notable for another reason: It has the largest number of documented murders of albino people on the entire continent.

There are certain cultural traditions that facilitate the abuse and murder of albino people. A report prepared for the United Nations in 2012 noted that a tradition existed in the Maasai tribe to place a newborn albino child at the gate of a cattle barn. Cattle were then released to graze, and they would often trample the newborn to death. If the child somehow survived, it would be allowed to live.

Beyond the imminent physical danger albino newborns can find themselves in, the birth of an albino child can create a host of challenges for the rest of the family, which can find itself newly stigmatized. For these reasons, some families see their albino children as a curse.

Other albino children, as well as adults, may end up mutilated, their body parts used to concoct potions and make trinkets. Such forms of violence are reserved for the albino population alone.

The statistics are devastating: In Tanzania, only 2% of people born with albinism live to the age of 40.

In Africa, there are activists who are working to end the stigmatization of albino people.

Sister Martha Mganga, who was born with albinism, has been holding community events in Tanzania for over 30 years to help dispel myths about albinism. Through her organization, Peacemakers for Albinism and Community, she has placed over 150 albino children in schools where they’ll be safe.

Another activist, an albino South African lawyer and model named Thando Hopa, sees it as her mission to change the perception of albino people.

In a 2021 essay, she reflected on her experiences:

“As I grew older, I constantly experienced covert, overt, and borderline obsessive interrogation of my human and biological value, my normality, my general intellectual competence, my racial positioning, and social desirability – all linked to my having albinism.”

Yet reverse colorism is no less an issue among African-Americans. While many scholars and journalists maintain that colorism manifests as discrimination against those having darker skin, it doesn’t always play out that way.

In fact, the first African American litigation centered on colorism was brought by a light-skinned African American named Tracey Morrow, who, in 1990, claimed she was discriminated against in performance evaluations by her dark-skinned supervisor at the IRS, where she worked.

Oprah Winfrey’s 2015 documentary “Light Girls” is one of the few Western works that tackled the issue of reverse colorism. The documentary features personal accounts of light-skinned Black women, some of whom were brought to tears as they described being rejected or discriminated against by their community for not being “Black enough.”

The complexions of people of African descent across time and space are varied – from light-skinned sociologist W.E.B. DuBois to the dark-skinned former prime minister of the Democratic Republic of the Congo, Patrice Lumumba – and myriad variations in between.

Perhaps mankind is always destined to differentiate itself for social, political and economic reasons. But while racial discrimination persists, it has become more difficult to divvy people up by racial group due to the growth of multiracial populations.

Skin color, on the other hand, is starkly visible – making it an ideal canvas for discrimination.