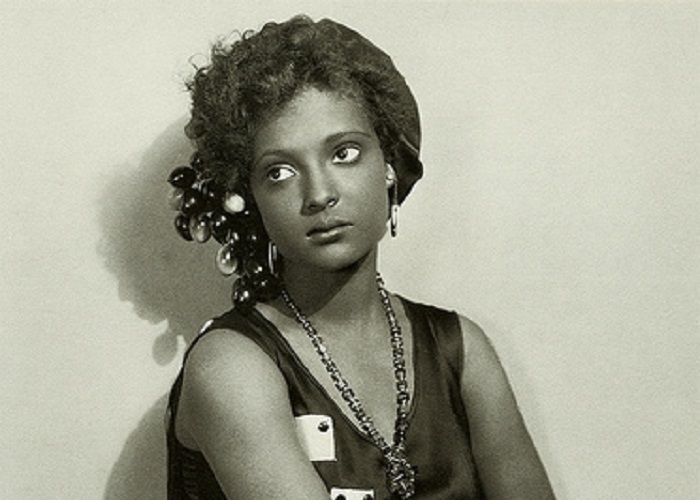 When I was fourteen, I traveled to North Carolina with my mother to her home town in Greensboro and experienced a kind of racism that gave me a serious wake up call about discrimination. I was angry, confused and hurt that we could have been arrested just for shopping like normal people and the experience affects me still today. This was in 1968, the same year that Martin Luther King Jr, was murdered, and I felt strong in my Blackness due to the achievements of the Civil Rights movement taking place up to and during this time. In this Five and Dime discount store, as I browsed and touched things I was followed by a white clerk and warned by my mother to not put the hat I was looking at on my head.

Defiant, fourteen and coming from Ohio where white people were a little more subtle about their racist attitudes, I felt the injustice of that moment and we left the store before I caused us to get arrested. Outside the store I decided to get a drink of water from the public fountain until I noticed the fountains were separately marked “Whites” and “coloreds”. The white fountain was chilled with electricity but the Colored fountain was a small porcelain fountain with warm water. This was traumatic to my young revolutionary Spirit, which had been slowly getting stronger and developing as I learned more about myself in a climate of social injustice. The examples of self pride and strength were the people in my family and the community around me, both the men and women who raised me taught me to be proud of who I am as an African American.

African American women in my formative years were portrayed in low profile parts that did not stand out. Influenced by the traditionalist of the 50’s the images we saw on television and in the movies consisted of Black women as a vixen, a housekeeper, a maid, or mammy and as slaves or bare-breasted indigenous women in Tarzan movies.

Fortunately the women in my life were strong, educated and challenged those stereotypes for a little black girl to seek out other definitions of my womanhood. Early television and film images of women of color were censored representations of talented actors that were held back due to racism. Artists like Nina Mae McKinney, Fredi Washington, Dorothy Dandridge and Lena Horne broke through the barriers of the industry to make it possible for us to witness the talent of today.

Consistently, Black women showed up in roles as caretakers and servants of their white counterparts because the white actors could not be upstaged. Many blacks had to reject their own blackness and compromise the creative integrity of their skills as actresses because the images they were allowed to portray was controlled by the studios bosses who in that era were white.

Nina Mae McKinney, (b.1912 – d.1967) was the first Black movie star and actress in Hollywood, but we know nothing about her. All of the attention has been given to the choices of the industry as the front runners.

Fredi Washington, (b.1903-d.1994) a very fair-skinned woman with light eyes, was disliked by both blacks and whites even though she was actually a black woman. Because she didn’t look black enough, Hollywood directors often encouraged her to pass for white because they could make her a bigger star. The role that was most significant was the movie “Imitation of Life” in which she played a black woman passing for white.

Although we did not have cable during that time, movies and television were a prominent channel of entertainment and a powerful method of influence on the belief system of Black people. Representing your race during the 1950’s and 1960’s was extremely significant to black actors due to how racism was reflected and reinforced on television and on the big screen.

The November issue of Ebony Magazine features the stars of the movie coming out this month called “The Secret Life Of Bees” in an article by Lynn Norment discussing how the actresses connected the past events of the Civil Rights struggle with American history today. This is the reason this magazine is about connection, because it is through connection that we learn to broaden our frame of understanding about life. Connection to the accomplishments of our predecessors is the key to making sense of the historic events taking place today. It is important that we are aware of our history and the role of the individuals whose determination and tenacity opened the door for us in television and film to express ourselves in the many ways we do today.

During the shooting of the movie, the director Gina Prince-Blythwood chose to immerse two two of the actresses in a real life situation of racism to sensitize them about the climate of the times. The story takes place in 1964 during a time of openly demonstrated racial and social hatred. Exposing the actors to this experience allowed them to feel actual discrimination. No one can describe it to you and give an accurate account of how it deeply it hurts. I felt completely stripped as a part of me wanted to fight and another part of me wanted to cry out loud when I was fourteen in that North Carolina store 40 years ago. Today the same attitudes show up every day in the media. There is so much social injustice today, we still have a lot of work to do yet I am grateful for movies like this to show us the today the connection to the past and the present.

I am also grateful to the women of color who were brave enough to not give up or give in being told they were not good enough or talented enough to represent their race. The grace and determination they demonstrated is the strength that fuels and motivates us today. Gives Thanks for the ancestors on whose shoulders we stand, Ashe’, Ashe’, Ashe’.

African American Family Connection offers fresh perspective and original content of inspiring stories that matter relating to family values and the socio-environmental issues that challenge the quality of life for African Americans individually, and as a family.

AAFC seeks to empower Black families locally, nationally and globally to establish and reclaim a presence as a viable positive force for change.

Paramount in the purpose of establishing a presence is to convert the negative view of African Americans to a positive self image within the family by strengthening family values.

As Creative Director of African American Family Connection, my passion is and always has been to make a difference in the lives every woman I know and meet. African American women are my target readers and the focus of our stories includes all women world-wide.

Family values are characterized by culture as the building blocks of a strong society which makes the family the foundation of a emergent nation. AAFC strives to reconnect family values on the internet through commentary and dialog about multicultural traditions, cultural practices, history and heritage.