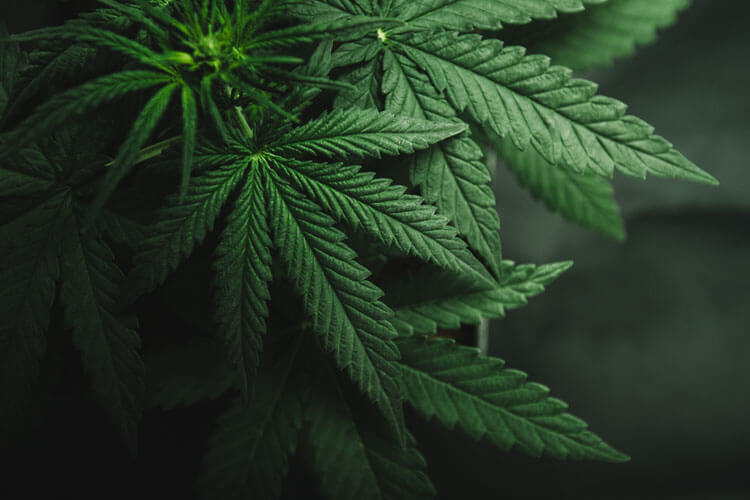 Reese Benton’s life has been shaped by the war on drugs.

Her mother used crack and died of an overdose when Benton was 16. Her father sold drugs and is currently in prison, on year 20 of a 25-year sentence.

“I was a statistic. I was not supposed to make it,” said Benton, 41, who is from San Francisco.

But she did. Today, she is a successful hairdresser, styling some of the wealthiest people in the Bay Area. She is also an entrepreneur: Last year, she opened a delivery service for medical marijuana. And now that California legalized the drug for all adults over 21, Benton, who is black, is getting assistance from the city of San Francisco through a program designed to help people whose lives were affected by a crackdown on drugs that disproportionately affected minorities get into the legal marijuana business.

At least four California cities – Los Angeles, Oakland, Sacramento and San Francisco – have created “equity programs” to help people personally affected by the war on drugs or who come from communities that bore the brunt of it get an early stake in the legal cannabis business.

The goal is to attempt to atone for past policies that perpetuated generational poverty and to diversify an industry whose profile is overwhelmingly young, white, male and wealthy.

“The folks who are profiting don’t look anything like the people bearing the brunt of the war on drugs,” said Greg Minor, who runs Oakland’s cannabis program.

Even though black and white Americans use marijuana at about the same rate, blacks have been arrested for possession at more than 3.5 times the rate of whites – a gap that has gotten worse over time, according to a 2013 report from the American Civil Liberties Union. The ACLU and other advocates made eradication of this racial disparity a leading argument for legalizing marijuana. But legalization appears to be creating a racial gap of its own, with white Americans now dominating the legal weed business, industry watchers say.

Oakland created an equity program in May that will provide no-interest loans and technical assistance to people who qualify. Criteria include making not more than 80 percent of Oakland’s $54,000 median income for a single person or having a marijuana conviction inside the city limits. For the initial permitting phase, half of the businesses must be equity programs; those that are traditional businesses get bonus points if they incubate equity businesses.

Eight new dispensaries are scheduled to open in the city this year, and half will be equity programs. Minor said he’s been getting calls from jurisdictions around the country where marijuana is legal, looking to put similar programs in place.

Sacramento designed its program more like a small business support center. Market incentives will be created for minority businesses or incubators that house them, and these businesses will have perks that include priority processing of applications, which can normally take at least nine months. The city council put $1 million into a two-year pilot program.

Joe Devlin, Sacramento’s chief of cannabis policy and enforcement, said handing out permits in no way rectifies decades of arrests of minorities for marijuana convictions.

“But what can we do? Let’s find ways to support the development of minority and small businesses and so that’s what we’ve attempted to do,” he said.

San Francisco Supervisor Malia Cohen believes that equity programs are critical to cannabis rules because they provide both new businesses and “restorative justice” to municipalities. San Francisco created a fund to help entrepreneurs in the program with access to no-interest loans, but the funding has not yet been allocated.

The city is helping people navigate regulations and connect them with other entrepreneurs, as well as provide free inspections and the ability to get licensed before others.

Keena Middleton and his brother cultivate medical marijuana at the Green Light District and are looking to get into the retail side of the business now that the drug is legal. The program has helped him both professionally and personally, he said. Middleton, who decided he wanted to be an entrepreneur as a child, is now a regular at city hall meetings and said the experience has helped him come out of his shell. Cohen’s office is helping him stay on track, he said, giving him all the information he needs and working with him to find space in San Francisco which, given its small size and expensive real estate market, is not easy.

“This is opening up the door. The world is just open now,” he said of the equity program. “There was only a certain amount of guys who had it [businesses], and it was 30-year-old white guys or 60-year-old white guys and their sons. And now I can open it up for my world. The opportunity is finally here. It’s like signing a Nike contract or being in the running to make it to the NBA.”

Benton has been running Posh Green Collective, a medical marijuana delivery service – “Uber for weed,” she said – for a little over a year, and will expand to the fully legal market. She spent a year working the delivery service Postmates on the side to save money for the business because the federal prohibition on marijuana makes it very difficult for small businesses to obtain loans.

Benton always wanted to be an entrepreneur and decided to go into the marijuana business after dating a man who was in it. She learned the basics of it during their relationship, and after they broke up opened her own business with a message to her ex: I’m going to show you I can do this.

Benton is determined to be successful, but opening a marijuana business has its own set of difficulties. She said she is the only black woman running a cannabis business in San Francisco. She said at industry events people approach her asking who she works for rather than inquiring about whether she owns a business.

“I’m actually like, ‘we carry your product at Posh Green Collective’ and their mood changes,” she said. “But then you go and you just give them your card and smile it off.”

Benton now drives all over the Bay Area delivering medical marijuana in a Mercedes. She serves a wealthy clientele with high-end products. She is working with the city’s cannabis office to create cards for the drivers she hopes to hire – right now she is doing all of her own deliveries. She is both excited and nervous about 2018, but it is tinged with sadness.

She said of the equity program: I’m so grateful for it but it’s not enough. I will never get my mom back, my son will never see his grandmother.”