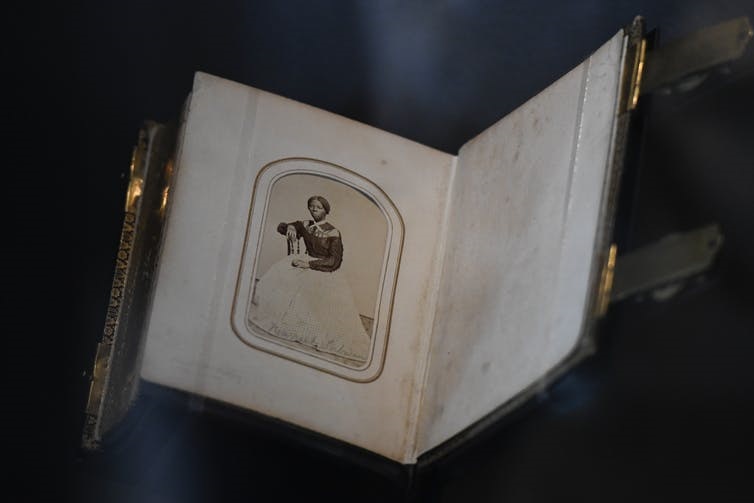 Faith made Harriet Tubman fearless as she rescued slaves

Millions of people voted in an online poll in 2015 to have the face of Harriet Tubman on the US$20 bill. But many might not have known the story of her life as chronicled in a recent film, “Harriet.”

Harriet Tubman worked as a slave, spy and eventually as an abolitionist. What I find most fascinating, as a historian of American slavery, is how belief in God helped Tubman remain fearless, even when she came face to face with many challenges.

Tubman was born Araminta Ross in 1822 on the Eastern Shore of Maryland. When interviewed later in life, Tubman said she started working when she was five as a house maid. She recalled that she endured whippings, starvation and hard work even before she got to her teenage years.

Grain required less labor, so slave owners began to sell their enslaved people to plantation owners in the the Deep South.

Two of Tubman’s sisters were sold to a slave trader. One had to leave her child behind. Tubman too lived in fear of being sold.

Tubman stole into the woods and, with the help of some members of the Underground Railroad, walked the 90 miles to Philadelphia where slavery was illegal. The Underground Railroad was a loose network of African Americans and whites who helped fugitive slaves escape to a free state or to Canada. Tubman began working with William Still, an African American clerk from Philadelphia, who helped slaves find freedom.

Tubman helped guide three Union steamboats around Confederate mines and then helped about 750 enslaved people escape with the Federal troops.

She was the only woman to lead men into combat during the Civil War. After the war, she moved to New York and was active in campaigning for equal rights for women. She passed away at the age of 90.

She grew up during the Second Great Awakening, which was a Protestant religious revival in the United States. Preachers took the gospel of evangelical Christianity from place to place, and church membership flourished. Christians at this time believed that they needed to reform America in order to usher in Christ’s second coming.

A number of black female preachers preached the message of revival and sanctification on Maryland’s Eastern Shore. Jarena Lee was the first authorized female preacher in the African Methodist Episcopal Church.

It is not clear if Tubman attended any of Lee’s camp meetings, but she was inspired by the evangelist. She came to understand that women could hold religious authority.

When she was a teenager, Tubman happened to be at a dry goods store when an overseer was trying to capture an enslaved person who had left his slave labor camp without permission. The angry man threw a two-pound weight at the runaway but hit Tubman instead, crushing part of her skull. For two days she lingered between life and death.

According to Larson, this confidence in providential guidance and protection helped make Tubman fearless. Standing only five feet tall, she had an air of authority that demanded respect.