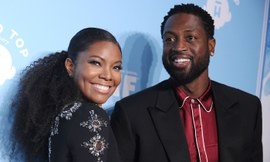 For Black Women, Reproductive Justice Is About More Than High-Risk Pregnancies

Lately, more light has been shed on the risks Black women face during pregnancy and childbirth. While this is good, another struggle remains largely hidden for Black woman—becoming pregnant.

While infertility affects roughly 12 percent of the population, Black women are twice as likely to experience challenges achieving or sustaining a pregnancy—and less likely to seek assistance.

According to Juli Fraga, a psychologist who specializes in women’s health, including pregnancy-related depression, infertility can severely harm women’s mental health.

“Depression, anxiety, PTSD, unresolved grief/loss, and marital tension are all possible mental health consequences of infertility. Feelings of bodily shame and feeling like one’s body has betrayed them are also possible,” Fraga explains in an email.

More Black women have begun addressing the emotional and mental health consequences they have experienced in connection with infertility, and sharing methods such as assistive reproductive technology to help make their parenting dreams a reality.

One woman is YouTube sensation GloZell Green, who began searching for the best way to enter motherhood at age 39, after a fertility specialist said she’d waited too long to have children and should consider a surrogate.

“I knew that [surrogacy] was a way that I could have a biological child. That’s all I knew, but I hadn’t heard of anybody Black at the time using a surrogate or doing [in vitro fertilization],” Green says.

She was running out of time, so Green decided to consider getting a gestational carrier—a woman who bears a genetically unrelated child for another person or couple. This means Green’s eggs and her husband’s sperm would be used for the process. Some women will find an egg donor if they cannot provide their own to reduce the chance of emotional connection and biological claim of a surrogate whose eggs are used.

According to the Centers for Disease Control and Prevention, from 1999 to 2016, gestational carriers resulted in 13,380 deliveries and the birth of 18,400 infants.  Although the current figures are unknown, surrogacy is helping to counter infertility struggles.

This could possibly be because of the stigma from slavery that historically frames enslaved Black women as surrogates for their White female owners. But is most likely because of the high costs normally associated with surrogacy (about $100,000, which includes medical and health care expenses for the carrier and agency or finder fees)—although some may turn to family or friends where there is no compensation—called altruistic surrogacy.

Like actress Gabrielle Union, Green made her infertility and surrogacy journey public. One of few examples of  Black women who’ve used their platforms to encourage dialogue about surrogacy within the Black community, she intentionally documented her experience for her 4.7 million subscribers.

Three years after the discussion with the specialist, the author/comedian had found a carrier and her dreams of having a child became real. She received backlash, however, when she shared that her surrogate was White.

“Somehow people thought I was going to have a White or biracial child. [They also wanted to know] why couldn’t I find a Black surrogate? What mattered to me was that the surrogate was tall because my husband and I are tall and we needed to match up the size. However, O’Zell is definitely not White, and she looks like me and my husband, so clearly she is biologically ours,” Green explains. Her daughter will be 3 years old later this year.

Stephanie Williams, who’s been a surrogate for two families, says she wishes Union would have shared her story sooner than she did, noting the influence of celebrities’ lifestyles and choices.

As a Black woman, she hopes to one day soon have the opportunity to serve as a surrogate for other Black women. But unfortunately, she says, the shame of infertility and lack of discussion and secrecy around surrogacy in the Black community has left her unable to find one.

“I think it’s great that Gabrielle Union spoke out and brought awareness to Black women and fertility issues /surrogacy,” Williams writes in an email. “I wish she would have spoke out about it while her surrogate was carrying her daughter so that people could really see the journey from start to finish.”

Williams, a medical assistant, has a child and wants others to experience the joy she has as a parent. Her first experience as a surrogate was for a single gay man. She bore twins who she calls her “Rainbow babies” to describe their mixed heritage. Her second was for a same-sex couple with whom she communicates several times a year and even video chats from time to time. The child’s first word was her son’s nickname.

A single Black mother, she’s not the usual image of the White married middle-class surrogate.

She says she hasn’t met many other Black surrogates—or had many encounters with Black women searching for a surrogate. When the idea to become a surrogate was first suggested to her by a co-worker, she says, she had reservations, but she was struggling financially and decided to check it out.

Despite criticisms, surrogacy offers an undeniably invaluable opportunity for those battling infertility—a chance at parenthood.

Although surrogacy provided an opportunity to improve her financial situation, Williams says most surrogates aren’t in it for the money.

“Not all surrogates are out for money—don’t get me wrong there is a benefit—but at the end of the day we all want our intended parents to have a healthy loving child that they can hold in their arms.”

The payout surrogates receive varies, but is typically $30,000 to 50,000, with more experienced surrogates falling toward the higher end of the scale.

It’s a modest payment, but the funds can provide some relief, making a huge difference in the lives of surrogates like Williams.

Yet surrogacy has challenges and growing objections.

Most common is surrogates’ uncertainty of surrendering a baby they’ve grown attached to. This is an intended parent’s worst fear.

Fraga suggests that it is especially important for all members of the surrogacy contract to be open to seeking mental health services.

“It’s such an intimate yet boundaried process that unexpected feelings are bound to arise,” she explains. “Intended parents and surrogates invest a lot in the process and this can cause anxiety to percolate fears that there may be a loss or that something may go wrong.”

She also highlights the importance of the surrogate seeking mental health resources as a precaution after birth and having a good support system.

One of the most famous documentations of this experience is the story of “Baby M,” in which intended parents William and Elizabeth Stern found themselves in a legal custody battle after their surrogate, Mary Beth Whitehead, decided to invalidate their contract and lay claim to the child she gave birth to.

Since Baby M, other examples of conflict have occurred between surrogates and intended parents.

The implications of that case had wide-scale influence on the way surrogacy is done—mostly legally. It’s now suggested that intended parents prioritize entering contracts in states that support protective surrogacy legislation. But only 17 states and the District of Columbia have laws governing the conditions of surrogacy.

In addition to emotional concerns, there are ethical considerations as well. Many well-known feminists argue that surrogacy leads to the further commodification of women’s bodies and critics suggest bringing children into the world via surrogacy is another form of human trafficking. Some countries, including Mexico, have banned commercial surrogacy under the guise of protecting low-income women and children from exploitation.

Critics also argue that surrogacy has significant undertones of classism and express concerns that the most vulnerable women—particularly those with limited options—will be left with the option of selling their reproductive resources.

Despite criticisms, surrogacy offers an undeniably invaluable opportunity for those battling infertility—a chance at parenthood.

For Green, the decision is a no-brainer. She hopes to have a second child through surrogacy soon and hopes other Black women will see surrogacy as a viable option. But above all else, she doesn’t want Black women to be embarrassed about infertility.

“I get a lot of messages from African American women asking about surrogacy, but I do wonder if they will actually make the phone call or go in and see a doctor.”

She says she would love to see them follow through.