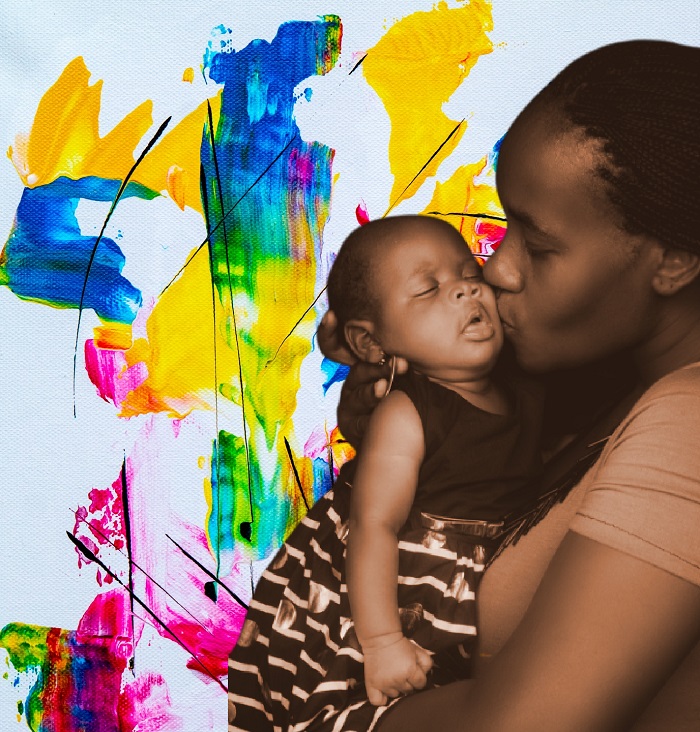 For Many Black Parents, Barriers To Mental Health Care Begin Before The First Call For Help

Black people who need help during or after pregnancy face hurdles with cultural differences that affect diagnosis, a fear of overpolicing, and medical professionals who may not have the resources — or interest.

Cinnamon Foster knew something was off after she had her daughter two and a half years ago. She would go from crying uncontrollably one day to feeling inexplicably angry on another. She was anxious and stressed and did not have close family nearby, she said, but the first-time mom swept her feelings under the rug because she felt like she had to be a superhero.

It wasn’t until Foster’s obstetrician suggested she might be experiencing postpartum depression that she decided to find a therapist.

“I am a firm believer that my mood can affect my daughter’s,” Foster, 28, told The 19th. “I felt like, ‘Okay, I have to get help as soon as possible, because I don’t want my daughter to feel how I’m feeling inside: hurt and sad or mad or angry.’”

Foster’s doctor recognized the need for support and helped her find a path to learn how to manage her anxiety and depression. But many Black people who experience pregnancy or give birth run into an institutional obstacle: Medical professionals may not have the interest, time or resources to help with their mental health challenges.

It is just part of a more pervasive problem people of color face when it comes to health care and pregnancy. In recent years, increasing attention has been paid to the disproportionate rates of pregnancy-related deaths among Black people. Black, American Indian, and Alaska Native people are two to three times more likely to die from pregnancy-related causes than White people in the United States, according to the Centers for Disease Control and Prevention.

“We are not exempt from experiencing these things,” said Kay Matthews, who founded the Shades of Blue Project dedicated to mental health advocacy for Black women. ”The key is us being included in mental health, and it not being a thing that’s exclusive to if you have money or exclusive to the color of your skin.”

Black people are more likely to experience mood and anxiety disorders before giving birth. And while postpartum depression affects about 1 in 7 women nationally, the rate for Black women is about 1 in 3. Adoptive parents can also face periods of anxiety or depression.

Though mental health stigma within the Black community plays a role, the causes for these disparities are complex and include structural racism, discrimination and lack of resources, said Tiffany Green, an assistant professor in the departments of Population Health Sciences and Obstetrics and Gynecology at the University of Wisconsin-Madison.

While the conversation about the need to destigmatize mental health problems has grown, Kay Matthews believes Black parental mental health has largely been overlooked.

Matthews’s group partnered with other organizations focused on the wellness of Black women and girls to create Black Maternal Mental Health week held in July, during which they facilitated discussions on the subject and highlighted resources. In an Instagram live panel, Kanika A. Harris, director of maternal health for the Black Women’s Health Imperative noted some of the persisting challenges and cultural barriers with recognizing conditions like postpartum depression in Black people.

“I was finding that a lot of women that we were interviewing were struggling postpartum, didn’t have the language and they were being overlooked by their physicians because they were flying through the Edinburgh [evaluation] that we use for postpartum depression. They were passing it with flying colors,” Harris said in the Instagram discussion.

Part of the challenge with the Edinburgh Postnatal Depression Scale and other popular evaluations for postpartum depression is that Black people may view depression symptoms differently than the structure of the questionnaire.

One prompt on the Edinburgh asks how often a person has “blamed [themselves] unnecessarily when things went wrong.” Another asks whether the person has thought of harming themself. But self-harming behaviors can be understood and expressed in different ways depending on culture. Moreover, questions about self harm may trigger untruthful responses among Black people who are fearful of being overpoliced or having their children removed by Child Protective Services, Matthews said. Research indicates that Black families are disproportionately investigated for mistreatment by the child welfare system.

This history of systemic discrimination, in addition to cultural differences means mental health conditions are not identified for many Black people, said Sayida Peprah, a licensed clinical psychologist and birth doula. Peprah noted that in focus groups with Black women who have given birth they described dealing with feelings in the past that indicated symptoms of “clinically significant mental illness,” Peprah said, but had not been addressed at the time.

Peprah said she believes it’s important to develop proper screenings and treatment for mental health conditions, but also wants to see more efforts focused on prevention through holistic wellness programs and medical care that gives pregnant people the time and attention they need.

Groups like the Blue Shades Project are working to help Black people left behind by the medical and mental health care system. The Detroit-based Women‑Inspired Neighborhood Network created a support system for Black pregnant people and parents navigating the daily life stressors or hardship with difficult pregnancies or miscarriages. Psychologists from the University of Illinois at Chicago created an app that screens pregnant and postpartum women from low-income Chicago neighborhoods for depression.

Advocates are also calling for lawmakers to pass legislation to help Black parents and pregnant people. The Black Maternal Health Momnibus Act of 2021, introduced in February by Rep. Lauren Underwood, an Illinois Democrat., includes 12 separate bills aimed at addressing health disparities. The package, which is still being considered in committee in the House, would expand Medicaid to include a year of postpartum coverage. One of the bills, the Moms Matter Act, would create a Maternal Mental Health Equity Grant Program to fund services and treatments with a focus on pregnant and postpartum people from racial and ethnic minority groups

The additional support could help more parents like Foster, who has since started a podcast focused on mental health. In the two years since she started going to therapy for her postpartum depression, she has seen significant improvement in her overall well being, she said. She also sells and donates customized self-care packages to promote mental wellness.

“I thought, ‘If I felt this way … like there was no one I could talk to or no one who would really understand, then I’m 100 percent certain there are other people like me,’” Foster said. “I want to make people feel more comfortable with discussing their mental health, or even if they don’t feel comfortable with it, they have something personable to kind of help them cope with it.”