Tamara Littlejohn has been a Chicago Public Schools principal for a decade. As a Black woman in that role, she’s part of a small minority.

“I really do this work because I want to make sure that, No. 1, the children have somebody who looks like them,” she said. As a child, Littlejohn’s mother was her role model, having served as both a Chicago Public Schools teacher and an assistant principal.

“I saw just, like, the dedication and love that she had for her school community,” Littlejohn said.

Fifteen years ago, Littlejohn received an opportunity from the national nonprofit New Leaders to train to become a school administrator like her mother. Since 2001, the organization has developed teachers into administrators through its principal preparation program, Aspiring Principals. Littlejohn completed a yearlong principal internship in which she was paired with a master principal and received leadership coaching. She’s now principal of Carter G. Woodson Elementary School on Chicago’s South Side.

“I just want to have a lasting impact on my students and my teachers,” Littlejohn said. “When we think about future leaders, we want to make sure that our children have a wide variety of what careers could look like, that children see themselves in others and say, ‘Okay, I see Mrs. Littlejohn, I can achieve that, too.’”

Research shows that students of color and teachers benefit from having Black women as principals. Just under 11 percent of the country’s public school principals are Black, and Black women in particular make up 7 percent of principals nationally. New Leaders is among a number of programs working to expand the number of principals of color. In March, it announced a new initiative, the Aspiring Principals Fellowship, that offers an online principal certification and master’s degree program with historically Black institutions Morehouse College and Clark Atlanta University. The bulk of New Leaders alumni are women, and almost half are women of color. Separately, the Surge Institute, which educates and develops leaders of color, is promoting the Black Principals Network, an online space for Black administrators focused on self-care and sustainability through problem-solving and community-building. 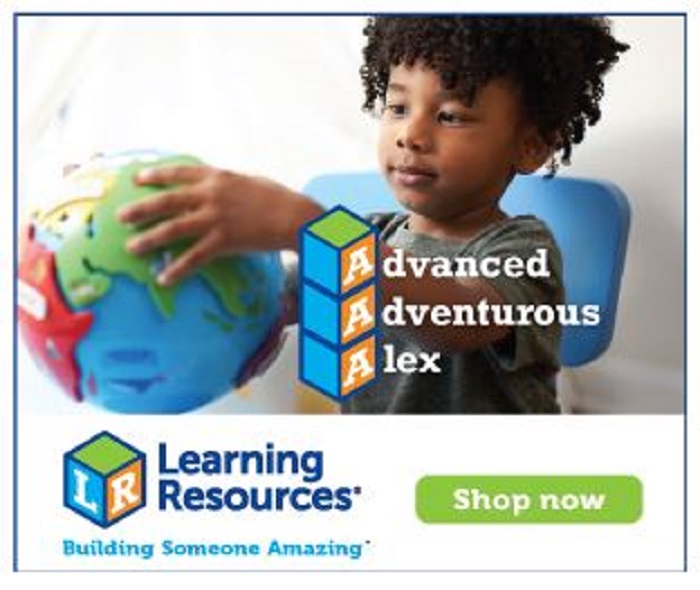 Developing Black educators into school leaders and giving them the support needed as they serve in those roles has a positive effect on students of color, recent research has found. More than half of all public school students are children of color, and Black principals generally lead to higher student achievement for these students, while Black women principals specifically foster higher “collective responsibility” among teachers. This means that their staffers are more invested in student learning, improving schools and helping their colleagues, the studies indicate.

“When you look at education, the two most important factors in school that drive student achievement outcomes are the quality of the teacher and the quality of the principal,” said Jean Desravines, New Leaders CEO. “Now, when you want to drive outcomes at scale, the only way to do that is through the principal because she sets the vision, creates the culture and helps to identify, develop, support and inspire great teachers. If you want to have a collective of great teachers at scale, you need effective, transformative principals.”

Researchers have found that principals of color yield multiple benefits for students of color. A University of Minnesota study published in January about the impact of Black women principals in secondary schools linked Black principals and higher math achievement for students. Black men make up a slight majority of Black secondary school principals, but the researchers suggest that Black women in these roles have a positive effect on student achievement and teacher investment in schools.

Nicola Alexander, professor of organizational leadership, policy and development in the College of Education and Human Development at the University of Minnesota, said the findings suggest that efforts should be made to increase the numbers of Black women principals at middle and high schools. Frequently, however, women educators are relegated to leading elementary schools, while men are deemed natural fits for secondary schools, Alexander said. Assumptions about what makes a good leader can result in the exclusion of Black women from administrator roles, despite their strengths, she continued.

“Black women commit to transforming a negative school culture with limited support, and they fight against systemic discrimination,” Alexander said. “The success of Black woman principals is partly because they communicate adequate instructional leadership in a way that the teachers under them have a collective responsibility for all students. I think it is also their experience of being discriminated against on two fronts, gender and race, that gives them a lived experience that adds a lens to their leadership that may not be evident in quite the same way for other groups.”

A 2019 study by Vanderbilt University scholars found that in Tennessee and Missouri, Black principals increase the chances that Black teachers will be hired by 5 to 7 percent. About 13 percent of the U.S. population is Black, but only about 7 percent of public school teachers are. Black principals are also more likely to retain Black teachers, boasting a turnover rate that is 2 to 3 percent lower.

“Interestingly, we also find that Black students have higher math achievement scores when they have a Black principal, whether or not they have a Black teacher,” said Jason A. Grissom, a professor of public policy and education at the Peabody College of Vanderbilt University. Grissom co-authored the 2019 study on Black principals, teacher racial diversity and student achievement.

He said the achievement gains linked to Black principals potentially stem from a variety of factors. Black administrators are less likely than non-Black principals to refer Black students for in-school suspensions, Grissom found. If a Black student has a minor to moderate behavioral infraction, Black principals may be more inclined to explore alternatives to removing Black children from class and interrupting their instructional time. They may also emphasize culturally responsive learning, engage Black families in the school community and make equity a focus in classes, even if their teaching staffs aren’t particularly diverse, Grissom said.

When Black principals do hire Black teachers, he added, these educators tend to be highly qualified professionals with a track record of student success. This undercuts the argument that such administrators are simply hiring friends, Grissom said.

“Sometimes, there is this debate about whether or not there’s a trade off between having more diversity and having a more effective teacher workforce,” he said. “And I think that’s the wrong way to think about it. There’s a really good argument that other researchers make that diversity is a dimension of quality. It is a kind of thing that you want to value for its own sake; it brings benefits to your school. Also, in our particular case, when people were drawing on these more diverse networks, they were able to bring in teachers who were more effective.”

Although Black principals, particularly women, offer benefits to schools, women of color serving as assistant principals typically wait longer to be promoted to principals than either men or White women. The costs and procedures associated with obtaining the advanced degrees and professional credentials needed to become an administrator also pose barriers to Black educators, Grissom said. Helping educators pay for additional schooling or eliminating licensure tests could help raise the number of Black principals. The tests can cost several hundred dollars and don’t necessarily predict how successful a prospective principal will be, he added.

New Leaders will offer $5,000 scholarships to its fellows to offset costs of the online principal certification and master’s degree program. The organization launched a pilot of the fellowship program at the start of the year and will accept applications for the full launch at the end of April. The fellowship will begin in January 2023.

“The cost is a piece that is top of mind for us,” Desravines said. “We do not want people going into debt to earn a certification or a master’s.”

Once Black educators become working principals, it’s vital they get the support needed to thrive, according to the Surge Institute’s Black Principals Network. The group aims to give school leaders the resources to prioritize their personal wellbeing and grow professionally as they build community with fellow principals across the country through a virtual platform. Both the pandemic and the political climate have taken a toll on Black administrators, said TaraShaun Cain, executive director of the Black Principals Network, which launched last year.

“Black leaders need mental health support,” Cain said. “They need support to deal with the trauma that they’re experiencing. People have lost staff members to COVID or family members to COVID. Nobody talks to you about leading your school through that.”

In addition to addressing the mental health needs of principals, the network will include affinity groups principals can consult to problem solve. Too often, principals feel alone, Cain said, and the isolation can feel more intense for Black administrators since they are a minority of principals nationally.

“Nobody really focuses on the leaders,” Cain said. “And if we don’t focus on the leaders, specifically Black leaders who are experiencing stress at rates and levels that are higher than other leaders, based on the communities they serve, we will continue to see the great resignation of leaders because they don’t have the resources or the support needed to continue in this hard work. “

Desravines said that surveys of educators suggest there could be an exodus of school administrators over the next few years. But his organization aims to counter that by developing more Black principals and, much like the Black Principals Network, connecting school leaders to program alums who share their educational philosophy.

For Littlejohn, that philosophy is simple.

“Representation truly does matter,” she said. “But I also want to make sure that I prepare the children that I am blessed to have as part of my school. I want them to be able to look back at their elementary school experience and say, ‘You know what, I was prepared. They got me ready. They gave me experiences.’”