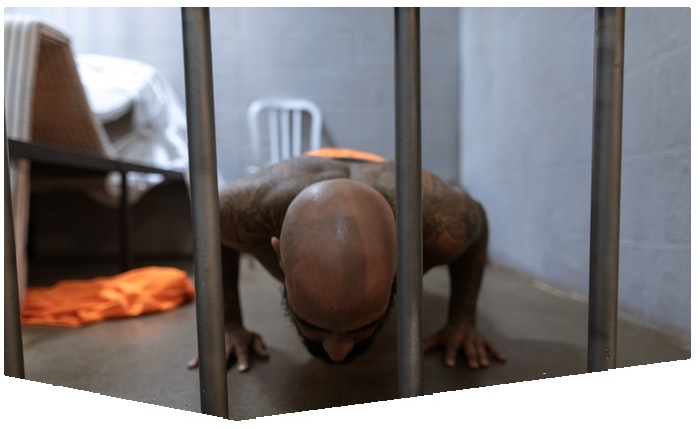 “I was called a menace to society by two judges.”

These are just two of the comments made by incarcerated teens during focus group interviews inside a juvenile detention center in New Mexico. Over the course of two hourlong sessions, detained youths shared their stories of how they ran afoul of the law and discussed key strategies for how they would improve the juvenile justice system.

These sessions were conducted by members of Leaders Organizing 2 Unite and Decriminalize, a youth group comprising young people ages 15 to 19. While some members are formerly incarcerated, others are allies. I was a co-facilitator of LOUD and guided the group in its research.

Our main focus was to conduct what’s called a Youth Participatory Action Research project in which teens and adult facilitators work together to conduct research, gather data and present findings on juvenile justice reform. The youth group ultimately helped redesign the state probation agreement, block a teen curfew and empower young people to create a new vision for juvenile justice.

The success of LOUD was built on the idea that to change the juvenile justice system, policymakers must draw on the experiences of young people to create a more fair and equitable system.

The LOUD group studied juvenile justice issues such as the overcriminalization of young people of color. They created a survey that examined the various experiences young people had with court hearings, detention, long-term facilities, residential treatment programs and specialty court programs, as well as with mental and physical well-being. The survey was given to approximately 125 youths over a few months in 2015. An extensive overview of this project was published in 2020 in the Teachers College Record.

The LOUD teens also conducted four focus group interviews inside a New Mexico Youth Detention Center and four more with specialty court programs, such as drug court, in New Mexico in 2015. Based on this research, they provided key recommendations to improve the juvenile justice system in the county.

Below, I discuss three important ways LOUD youths had a hand in changing the juvenile justice system.

In 2016, New Mexico wanted to create a universal state probation agreement. The goal was to reduce racial and county-to-county disparities found in the enforcement of searches and seizures, curfews and other restrictions found in local county probation agreements. The state also sought to eliminate potential rights violations permitted by the agreements – such as entering homes and confiscating young people’s personal items.

The youth leaders voiced their concerns in meetings about how the old probation agreement was being used to punish young people and to keep them on probation. It became an opportunity to focus instead on what could help the young people succeed and end probation earlier.

LOUD youths insisted that the “plan of care” section of the probation agreement – which examines youth services such as counseling and drug treatment as well as such privileges as being able to stay out past curfew and work – should focus on individual needs rather than boilerplate language. Curfews determine what time you have to be home. For the teens who work or have after-school activities, an early curfew means they can’t participate in these programs. For example, they argued that many young people work to support their families, and a 6 p.m. or 7 p.m. curfew can impede that.

As for the youth counseling aspect of the probation agreement, counseling can be helpful in cases where there is serious trauma. However, in other cases counseling is an unnecessary requirement that does not support young people. The LOUD youths also advocated for more wraparound services that are comprehensive and holistic for families who are struggling – whether financially or with physical or mental health.

For example, a subcommittee of the Juvenile Detention Alternative Initiative that focuses on racial and ethnic disparities within the juvenile justice system considered one of the major recommendations of LOUD: for probation and correctional officers to receive more anti-racist training. The teens worked with subcommittee members to design training sessions, and they even led discussions on microaggressions that young people experience within the juvenile justice system. These microagressions included telling young people they will see them back in the detention center again soon or advising them not to associate with a particular peer deemed to be a gang member based solely on the peer’s racial or ethnic background.

3. Advocating for other youths

In a partnership with the juvenile justice system, LOUD youths also advocated through their research when they sat on committees. They argued that young people involved in drug court should not automatically be seen as violating probation for failed drug tests. The focus of drug court should be on allocating resources to help youths experiencing addiction. LOUD youths’ suggestions were accepted by the committee and as a result, failed drug tests did not automatically lead to extended probation or even young people being sent back to a youth detention center. Instead, a failed drug test meant another treatment plan was needed to help youths fight their drug addiction.

The group also partnered with the Juvenile Detention Alternative Initiative to stop the teen curfew bill at the state and city level. It would have given cities and counties the power to implement a curfew between midnight and 5 a.m. However, in earlier versions of these bills the curfew would have started as early as 7 p.m. Both groups felt the proposal would further criminalize youth and as well as potentially limit job opportunities or the ability to participate in certain school activities. In the end, both bills failed. The youths would go to the Statehouse every year to talk about issues such as juvenile justice reform. Despite LOUD’s efforts, one representative kept introducing a state curfew bill. However, the bill never made it past the committee.

LOUD came to an end during the pandemic because of a lack of funding. But what made it a unique program was that the adult stakeholders held firmly to the idea that formerly incarcerated youths are valuable partners in improving the juvenile justice system. In other words, they did not see LOUD youths as menaces to society, but as important collaborators who could help improve the juvenile justice system based on their personal experiences and research.