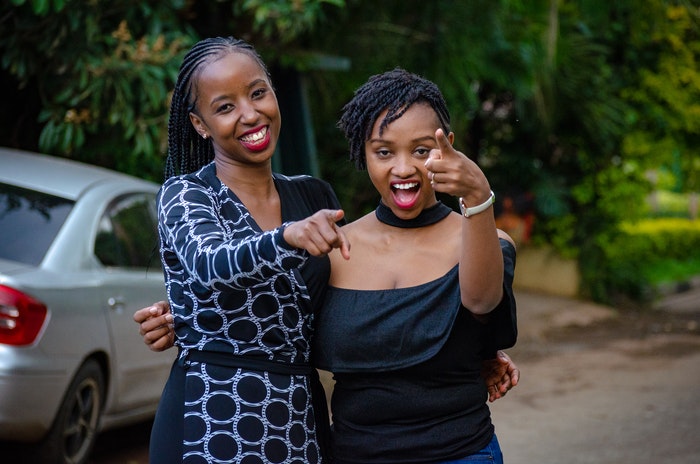 Advocates of the CROWN Act reflect on its impact and the many remaining challenges on changing beauty standards.

Two years ago, California became the first state to sign a bill expanding anti-discrimination protections to hair textures and styles like afros, braids and locs that reflect Black identity, turning a national spotlight on hair restrictions affecting Black people in workplaces and schools. The Creating a Respectful and Open World for Natural Hair Act, or CROWN Act, has since been passed in 12 other states and 29 municipalities.

Legal experts and champions for such policies told The 19th that the new laws have led to important discussions about how White-centric standards of professionalism and beauty harm people of color. Still, challenges remain for these marginalized groups — particularly Black people — to fight against the stigma tied to their natural hair pattern.

American society, from the corporate world, to high schools, to the entertainment industry, has demonstrated a preference for long, straight hair and dismissed coiled hair textures and natural or protective Black hairstyles like locs, cornrows and afros as dirty or unkempt.

These ideas have far-reaching impacts on the economic, social and psychological well-being of Black people in the U.S., said Adjoa B. Asamoah, a lead legislative strategist for the CROWN Act who worked with legislators to introduce and promote the bill beginning with California and New York.

“You’re telling me that my upward mobility is impacted by my hair, which is problematic on multiple levels, because it impacts families, not just the individual,” Asamoah said. “That sends a signal to our children, it sends a signal to our men and women, that this is what the standard of beauty is, and if you’re not in alignment, something is wrong.”

Research indicates that chemical straightening products often used to straighten afro-textured hair have been linked to problems with hair loss, burns, cancer, miscarriages and infant underdevelopment. Still, the penalties continue: In recent years, national news stories have highlighted incidents of Black people being punished at work or school, or barred from events due to their hairstyles.

One 2019 study asked Black women about their overall experiences with the insecurities and bias they’ve faced regarding their hair. It found that Black women were 1.5 times more likely than non-Black women to respond that they have been sent home from work in the past because of their hair.

The push for broader legal protections came alongside a movement among Black people of all genders to wear unstraightened hairstyles and styles without chemical processing. In 2020, more than 20 states considered bills like the CROWN Act, according to the National Conference of State Legislatures. A federal bill passed the House last year, but stalled in the Senate.

“We’re a village literally elevating this and talking about this, and writing pieces on it, and posting about it. All of us are responsible for this,” Asamoah said.

Assessing the impact of the first bill in California can be a challenge. The COVID-19 pandemic forced many people to work from home where they didn’t have to engage with colleagues in the same way, said Phillis Rambsy, a lawyer in Nashville who has worked on employment discrimination.

Data collection and research on the efficacy of the legislation is limited, though Asamoah said she is working to fill that academic gap. Rambsy and another lawyer in her field, Toni Jaramilla, said they are not aware of cases that use the CROWN Act as its primary legal basis for a lawsuit. Rambsy said that from what she has seen, CROWN Act protections tend to be added on to cases seeking to address broader patterns of discrimination.

Jaramilla, based in Los Angeles, said she believes that the legislation has forced employers and schools around the country to change grooming and dress code restrictions. The U.S. Army lifted a ban on locs in 2017 and this year expanded to allow braids, twist and cornrows. Last year, UPS said it would begin allowing employees to wear natural and protective hairstyles. Black students around the country have successfully campaigned for more equitable hair policies in their schools.

As more office environments reopen to their employees, Black people and CROWN Act advocates may begin to get a better sense of how much the culture is shifting. Even with the protections in place, more work needs to be done on multiple levels to bring about systemic change, Asamoah said.

“Passing bills is critically important. It’s a step that is necessary. But it is not sufficient, because bills are passed all the time and people don’t even know that they exist,” she said.

The subject of hair-based discrimination is not as widely discussed in workplaces as issues like family and medical leave, but it is a growing conversation, said Ruhal Dooley, the HR knowledge adviser for the Society for Human Resource Management.

“Corporations incrementally … are beginning to realize that listening long enough to hear that there has to be some allowance for change in order to attract and retain talented people,” Dooley said. “Talented young people in this generation are not sitting around with an employer whose values aren’t aligned with theirs.”

The CROWN Act has also served as an opportunity to educate lawmakers, schools administrators, and chief executives, among others, about the realities and different levels of discrimination experienced by Black people,

“People oftentimes are saying, ‘I had no idea, I didn’t know this was even a thing,” said Wendy Greene, a law professor with Drexel University who has played a key role in drafting and testifying on CROWN Act bills. “It’s not just a thing, it’s been a thing for a long time.”

But even with the widespread conversations and a growing number of states adopting such policies, challenges remain for implementation. Dooley said he has noticed a small but vocal group of people in leadership positions at companies who push back against the additional legal restrictions.

Discrimination cases in all forms remain challenging to prove, particularly situations that may not be overt displays of bias or mistreatment, said Angela Onwuachi-Willig, dean and professor of law at Boston University School of Law, who wrote a formative paper on employer hairstyle guidelines in 2010.

Many people know they cannot refuse to hire or promote someone because of their race or another characteristic protected by the law. Now discrimination can be much more subtle, and “it’s very, very, very hard to prove what’s in somebody’s mind,” Onwuachi-Willig said.