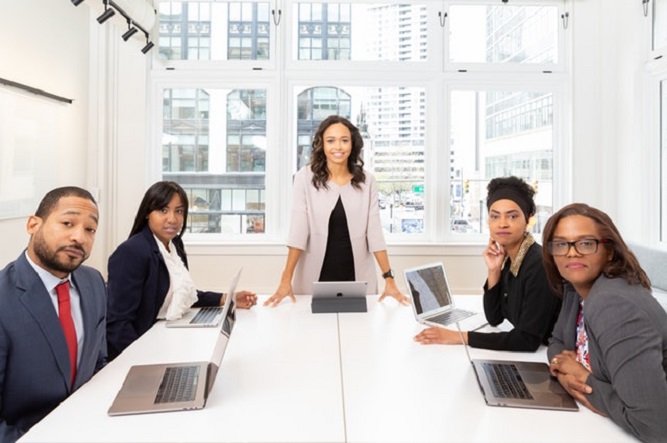 The U.S. is becoming more racially diverse. Since 2010, 96% of all U.S. counties registered an increase in their percentage of nonwhite residents. Yet the people who lead nonprofits in the U.S. remain disproportionately white.

This mismatch can make it difficult for such organizations to understand and address racial inequality in their community and throughout the country.

As a scholar of diversity, I know most nonprofits want to become more racially diverse. However, many struggle to achieve this goal.

While researchers, funders and community leaders often highlight the dismal levels of racial diversity among nonprofit boards, an even greater disparity often goes overlooked. Not mentioned is the fact that scarcely 10% of nonprofit executive directors are people of color.

A few major nonprofits are led by people of color, such as Darren Walker the president of the Ford Foundation, one of the largest foundations in the country, Claire Babineaux-Fontenot, the CEO of Feeding America, the biggest U.S. group fighting hunger, and Angela Williams the CEO of Easterseals, a nonprofit that provides disability services. But these are exceptions among both large and smaller nonprofits.

What’s more, research suggests that this situation is likely to continue for years to come.

Community organizations, like neighborhood associations, food pantries and mentoring programs are places where every member of society can develop leadership skills, participate in civic life and influence public policy. The underrepresentation of leaders of color in such organizations can hinder efforts to address racial inequality and racial tensions.

One popular solution is to appoint more people of color to nonprofit boards.

Experts, like Kenneth Anderson Taylor, a professor at Texas A&M University, say that if an organization’s board becomes diverse, it will do a better job of serving everyone and promoting racial equality. The logic is that because boards hire and fire executive directors, having more board members of color will result in nonprofits hiring more leaders of color.

To a degree, this theory has played out in terms of gender balance on nonprofit boards. However, the share of nonprofit executive directors from communities of color remains lower than the percentage of board members of color.

A major shortcoming of this proposed solution is that nonprofit board members’ levels of involvement and power within organizations varies substantially. Some are actively engaged in their organization’s day-to-day operations, while others play only a minimal role.

Nonprofit executive directors and other top staff members, in contrast, are much more likely than board members to have a direct impact on operations. They typically call the shots for all organizational activities, including strategic planning, recruiting and hiring and staff training.

The role of rank

I teamed up with sociology researchers Michelle Oyakawa and Richard L. Wood to analyze 41 predominantly white organizations and their leaders. These organizations seek to address local, state and national issues by organizing community members to help influence public policy.

We wanted see what led some of those organizations to prioritize addressing racial inequality within their organization and in their surrounding community.

Perhaps unsurprisingly, we found that people of color play an important role in helping such organizations advance racial equality. Our analysis indicated that, all else being equal, organizations with a leader of color were more likely to address racial issues internally and when shaping public policy. For example, leaders of color developed workshops to help white staff members better understand white privilege and structural racism.

Also, when advocating for education reform, leaders of color helped policymakers to see the connections between education inequality and racial inequality.

As we explained in the the journal Nonprofit Management & Leadership, what was crucial to these nonprofits addressing racial inequality was not just having leaders of color, but that the organizations empowered those leaders to help transform their organization.

That is why we argue that assessing the racial composition of an organization’s staff is more helpful than checking out its board in terms of predicting whether it will promote inclusion and racial equality.

And while we believe that having board members of color is likely beneficial, we are confident that employing and empowering leaders of color is even better if a nonprofit is seeking to address racial issues in their own organization and community – as well as in society in general.