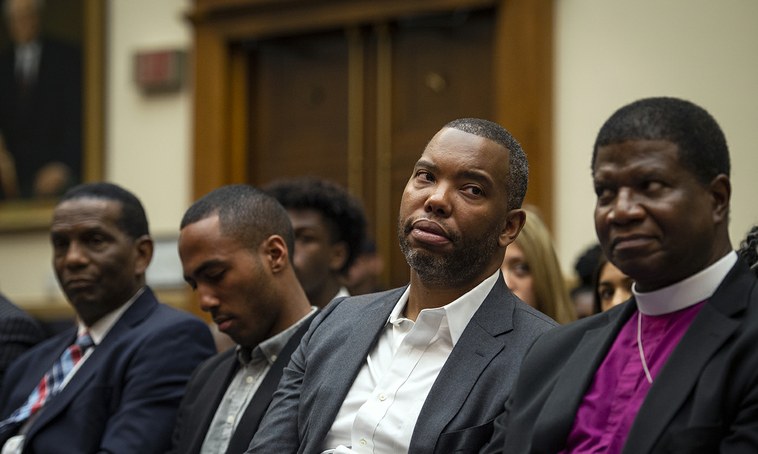 On Reparations, the Question Isn’t If, but When and How

We will never achieve racial justice in America if this country does not examine the impact and legacy of slavery—and make strides toward achieving reparatory justice.
—Jeffery Robinson, deputy legal director, ACLU

For nearly 250 years, enslaved Africans and their descendants toiled on the land and in the homes of White enslavers in the United States.

They planted, fed, weeded, mowed, and harvested crops that were not theirs; cared for and fed children they did not birth; and cleaned homes and tended lands they did not own.

We’re all familiar with this uncomfortable but sanitized image of U.S. slavery.

The harsh reality is that too many of the more than 300,000 African men, women, and children who were brought to this land for the sole purpose of providing free labor—and their children and their children’s children, and so on—were brutalized and terrorized to continue the cycle for centuries to come.

It’s estimated that over 4 million Africans and their descendants free-labored under the legal institution of slavery—and not just in the South, but also in the North, East, and West.

Having no agency over their own bodies or minds—not to mention not owning land or having property—they were property. Many lived in the most inhumane conditions. They were beaten, raped, starved, and in some cases worked to death—literally. They were forced to breed children to increase the numbers of the enslaved. Their children were often stolen from them and sold away. Furthering the torment, many of the women were forced to nurse their enslavers’ children, care for them, tend to them, raise them.

And it didn’t end there.

If slavery is the foundation, then Black Codes and Jim Crow laws that followed emancipation are the walls; housing discrimination and redlining the roof, and mass incarceration the windows of the house America built.

A house that is starting to crumble.

This year we observe the 400th anniversary of the first captive Africans brought to what is now the United States of America, and this month we observe Juneteenth, the celebration of freedom for all U.S. enslaved Black people.

But we will also observe another monumental moment in U.S. history.

On June 19, Juneteenth, the House Judiciary Subcommittee on the Constitution, Civil Rights and Civil Liberties will hold a slavery reparations hearing. It is the first of its kind in decades. And the first time ever the issue has garnered as much attention and support, including a declaration from the United Nations. The purpose of the hearing is “to examine, through open and constructive discourse, the legacy of the Trans-Atlantic Slave Trade, its continuing impact on the community and the path to restorative justice.”

While the topic of reparations has made its way to the forefront of mainstream discourse, this hearing is the result of centuries of work. The push for reparations did not just come into being with current presidential candidates purporting their support of some kind of reparations. It didn’t just come about as a reaction to the divisive leadership of Donald Trump. And it didn’t come into being, as some have reported, with the excellent reporting of Ta-Nehisi Coates’ 2014 piece in The Atlantic, “The Case for Reparations.”

In the late 1800s to early 1900s, a formerly enslaved Black woman named Callie House, who was head of the National Ex-Slave Mutual Relief, Bounty and Pension Association, led a movement to secure reparations for formerly enslaved U.S. Blacks—specifically pensions to older freed men and women who’d worked without pay—to no avail.

House was jailed for her efforts.

There is a debt owed to the the American Descendants of Slavery. And it’s time for the U.S. to pay up.

Other movements for reparations to those enslaved, and later their descendants, would wax and wane with no success for the next 150 years. Although reparations were given to enslavers for loss of their “property.”

In 1989, former Congressman John Conyers introduced the first reparations legislation. Created with the help of N’Cobra (National Coalition of Blacks for Reparations in America), bill HR 40 would establish the Commission to Study and Develop Reparation Proposals for African American Act, designed to examine the institution of slavery, investigate its impact, and make recommendations for reparations to Congress. Every congressional year for almost 30 years until he was forced to resign in 2017, under allegations of sexual harassment, Conyers introduced this bill.

This year Rep. Sheila Jackson Lee sponsored the bill, and presidential candidate Sen. Cory Booker is sponsoring its companion in the Senate, the only reparations bill ever to be introduced in the post-Reconstruction U.S. Senate. Booker along with Coates and actor-activist Danny Glover (honorary board member of YES! Magazine) will testify at the hearing.

It’s important to know that as we listen to the testimonies—and even if some of us choose not to listen—that the purpose of this hearing (or the legislation, period) is not to determine whether reparations are warranted or should be dispersed.

Actor and activist Danny Glover, middle, waits to testify about reparations for the descendants of American slavery during a hearing before the House Judiciary Subcommittee on June 19.

The purpose is to convene a group of accountable specialists who can determine how reparations will be given.

It’s unlikely that checks will be cut and given to every American Descendant of Slavery. In fact, it’s not practical nor expected, I would imagine.

But there are very practical implementations that could be made. To name a few: funds (or loans forgiven) for housing, education, health care, those institutions where descendants were systemically and systematically cut off or exploited. Funds (or loans forgiven) for Black farmers and growers. Coates described a “claims system” for Black veterans who were denied the benefits of the GI Bill.

Direct intentional harm was done to those 388,000 Africans who made it to this land and to their millions of descendants. One hundred-fifty years of so-called freedom where intentional harm continues, contrary to what some like Senate Majority Leader Mitch McConnell say, does not erase that.

McConnell and his ilk—those before him and his contemporaries—have benefited mightily from the free labor and continued oppression of Black people in this country. They all are just as responsible for the harm and wrongdoing as their ancestors.

There is a debt owed to the the American Descendants of Slavery.