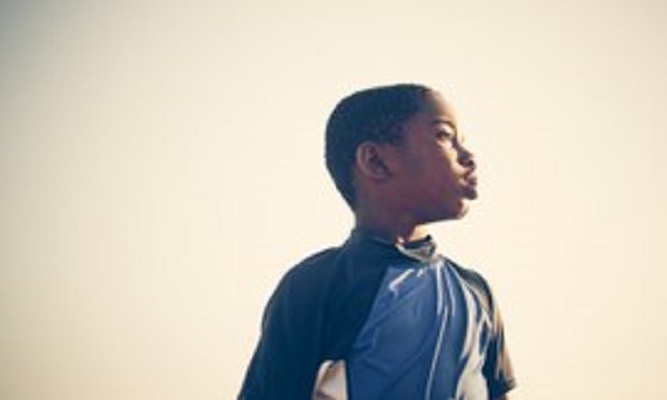 Racial Profiling and the Loss of Black Boyhood

At 13, I had just hit my first growth spurt. I walked to and from junior high with friends. I walked the same path every day with the same guys. One sunny spring afternoon on our way home, a police car came from nowhere, jumped up on the curb, and blocked us off on the sidewalk.

Shocked, we were stiff with fear when the two large armed and armored men stepped slowly from their squad car. White and clean-shaven as usual, they both had their hands already on their guns. They told us to stand against the wall. A couple of us tried to ask what was happening or what we’d done. They didn’t answer; they just kept asking, “Where’s the pipe?”

In the midst of our confused denials, they grabbed us one by one and searched us, spinning us around and turning out our pockets. When the man got to me, I had no idea what to do. He kept yanking on me and saying, “You know the routine,” over and over.

A couple minutes later, we’d all been robbed of more than our money, and two men with guns on their hips had us lined up in broad daylight facing the wall of a store that still had a dingy Woolworth’s Five and Dime sign above its new awning. Not much could be more public. In Atlantic City, New Jersey, it was where everybody walked, it was the “avenue” on a spring day, just after school.

The cops said three teens had broken a window with a stick. They said it must have been the four of us.

One of them stood a ways back. Whenever anyone tried to turn their head, he barked, “Keep your eyes on the wall! Keep your hands where we can see them!” I could feel the grit of the sidewalk through my socks. The other cop paced back and forth behind the four of us and talked about how they were the biggest gang around. He told us they had the best cars; he told us they had the best guns and they were the biggest gang in town, so we’d better know our place and stay in line.

Eventually, they backed off and took their car with them. We put our shoes back on, gathered our things and refilled our turned-out backpacks. We grumbled and griped to each other and walked another two blocks to the public library. That was where we introduced Daryl to Dungeons and Dragons for the first time. We escaped into imagination.

For most of my youth, my mother was an administrative professional in our school. I spent a lot of time in her offices while she put her nose to the grindstone. I liked to read and to draw, and I was quiet and well-behaved enough that I went unnoticed by many.

The sole immigrant Indian girl in my grade and I found ourselves happily playing badminton and finding a way through the language barrier to cheer and keep score and offer soft condolences for wide misses. We were a lanky gangly pair. At least for a few weeks, I enjoyed gym class.

That growth spurt sent me up like a beanstalk. I noticed certain people began to treat me differently. Not all people, but I noticed a specific pattern.

When I was small, white women used to pet me. They would tell me I spoke so well and they were amazed with all that I had learned. I only really saw white women in the offices where my mother was working, and it was always pleasant to see the working women she got to know well, as they were always kind to me.

But now that I was 13 years old, something changed. They didn’t talk to me anymore. They pretended they couldn’t see me. They even seemed a little afraid when I approached them, too. Now, they’d known me for years, but it was no longer the way it used to be. Strange, but I wasn’t pushing the issue: this was my mother’s workplace, and that’s what was important.

I’ve experienced many watershed moments that told me how I am seen by others regardless of how I see myself.

On the other hand, sports people who used to ignore me now all got excited when they saw me. Never before had gym teachers and coaches greeted me with such wild eyes and active handshakes.

I ran with the nerd crew. Everyone knew that me and my buddy Rob had started the chess club after school. We were the only members for a couple months.

What had changed? My height. I was no longer a little boy but a very tall boy. Rail thin and always with my head in a book, but I was now as tall as a man. My face looked the same, my voice had not changed yet, not yet, but that was coming as well.

Perhaps these few people, sports coaches and fair-skinned office women, had an insight as to what was happening to me. Perhaps they knew that I was…

Becoming the monster!  I knew I was different well before I was an adult.  I had learned, both from parents who tried to teach me the tools to deal with this world and from the men and women who reacted so oddly to me, that being Black carried a lot of cultural stigma, much of it undeserved. The history of our nation and the place people like me held was never hidden from me, but I had somehow thought that in 1992 it simply “wasn’t a thing” any more or that I could just “keep my head down” and let it pass.

It was not that I was becoming some mythical dark shadow monster, but I was certainly growing out of being a child. I was no longer benign in their eyes; I was the threat they had feared and now I had appeared.

Rob told me that his family had told him about Black people all his life. Funny, they were afraid of the same things I had been told to fear about white men. The first real discussion I had with my first all-white best friend opened both our eyes. The real threat was silent ignorance.

Since the age of 6, I’ve experienced many watershed moments that told me how I am seen by others regardless of how I see myself.

Today I stand a Black man proud and strong, with as many stories to tell as the boys who grew up alongside me. Despite all this, I remain that small, eager, smiling, and thoughtful boy. Deep within me, I feel we all still are—or at least we should try to remember the time when we were.