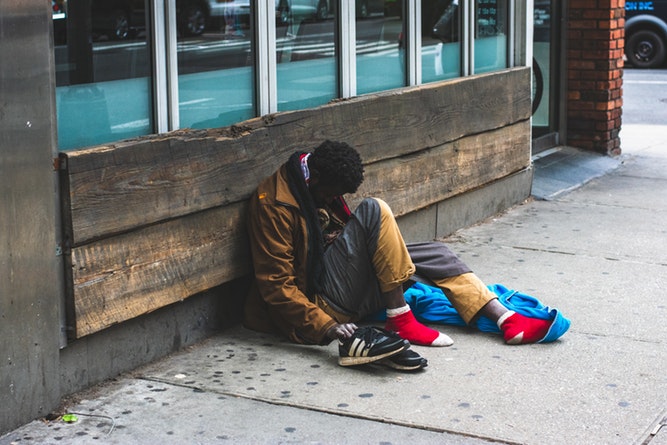 State and local governments and the federal public health system are deploying strategies to contain the spread of the virus and consider ways to mitigate the effects of the disease on vulnerable groups, the health care system and the economy.

But amid all the planning, and a growing sense of panic, the impact of the spread of COVID-19 among homeless people is not being widely discussed. It should, however, be of special concern to local officials.

I am a professor of preventive medicine and health policy at the Keck School of Medicine at the University of Southern California. USC is in Los Angeles, which has one of the largest homeless populations in the nation. I am concerned about how infectious disease could undermine our efforts to provide humane care to homeless people and assist them to get off the streets and into stable housing.

I am also deeply concerned about infection rates and mortality more generally among vulnerable populations.

A vulnerable group, even when the economy is humming

Over half a million people are homeless in the U.S. Their living conditions and poor health may place them at higher risk for contracting the disease and dying from it, although as of this writing, there have been no reported cases among homeless people.

High rates of infectious diseases among people experiencing homelessness is hardly new. Since those of us who work with the homeless have been keeping data, we know that homeless people have a higher risk of tuberculosis, hepatitis, HIV and pneumonia. This should give government officials and health providers cause for concern that coronavirus may also spread among the homeless.

While it’s too early for specific studies, the conditions of homelessness may increase the risk of transmitting the coronavirus to homeless people and ultimately its spread to others in the community.

COVID-19 is a respiratory illness. People get it when an infected person sneezes or coughs, spreading droplets in the air that could be transmitted to others. The Centers for Disease Control and Prevention has recommended staying away from others who are sick, avoiding crowds and proper hand-washing. The agency also suggests that since the virus lives on surfaces for at least several hours, people should avoid touching surfaces that others may have touched.

These practices, however, are nearly impossible for those living on the streets who have no way to bathe or wash hands. Few encampments have portable toilets or sinks. People eat, sleep and congregate close to each other.

Those in shelters may fare a little better, if the shelter does frequent cleaning or provides access to bathrooms and hot water and hand sanitizers, which many do not. Even so, in many shelters, people sleep, eat and participate in activities in groups, which increases the risk of an exposed person transmitting the virus to those nearby.

In addition, many shelters are large spaces with cots or beds placed in close proximity. In the winter months, homeless people are often transported by bus to winter shelters. Both the buses and mass shelters are almost designed to spread airborne droplets putting guests and those whom work there at risk for transmission.

Those working in shelters may have limited training in prevention, or a way to identify and isolate an individual showing signs and symptoms of COVID-19.

Many homeless people who do not stay in shelters may sleep in train or bus stations, ride subways or buses or go the waiting room of a hospital emergency department for the evening. These are places where an exposed person could contaminate doors and bathroom fixtures, chairs or other objects, providing opportunities for spreading the infection to others.

Once exposed, homeless people may have mortality risk due to other health conditions they may already have, such as diabetes, hypertension, cardiovascular disease and increased age. Many people living on the street already have diminished health, have higher rates of chronic illnesses or have compromised immune systems, all of which are risk factors for developing a more serious manifestation of the coronavirus infection. Those who suffer from mental illness may have difficulty recognizing and responding to the threat of infection.

Homeless people have less access to health care providers who could otherwise order diagnostic testing and, if confirmed, isolate them from others in coordination with local health departments.

Without access, ill homeless people may be living on the streets and virtually unknown to the health care system and possibly exposing others to the virus. Homeless persons showing symptoms of COVID-19 may go to a crowded hospital emergency department, which even before coronavirus, is where many homeless people go to for health care services. But if the epidemic continues to spread, these facilities will become even more crowded, and wait times will increase potentially exposing more people to an infected individual who has come seeking care.

Too important to be ignored

A few communities are just beginning to put in place efforts to help prevent the spread of the coronavirus among the homeless population. In Seattle, officials are distributing hygiene kits and provide tips and checklists on prevention to shelter operators. Many of these activities are core public health functions that any local and state government agencies should be doing routinely as a part of their core surveillance and health assurance efforts.

But most localities do not have the resources available for new and widespread screening among homeless people or ways to locate and respond to an outbreak unless patients present in the hospital emergency department.

Public health agencies at all levels of government have a role to play in mitigating the effects of coronavirus. If public health agencies from local governments to the CDC do not have capacity because of budget cuts or a lack of commitment, local jurisdictions will not have the tools necessary to reach out to those at risk that will be necessary to contain the virus and mitigate its effects on our most vulnerable groups.

Published in COVID-19, Health and Journalism