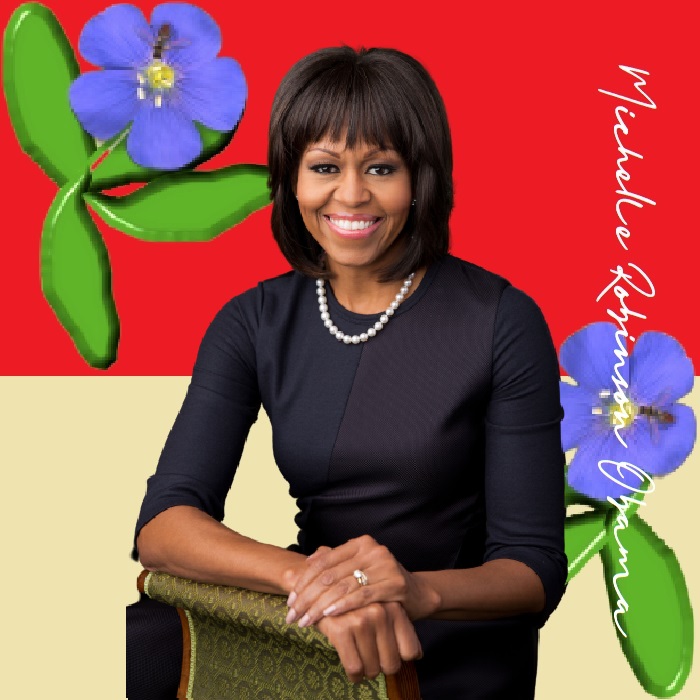 The Inspiration To Roar – Michelle Obama

Black women have always been an indispensable and fundamental bridge connecting, the elements and conditions of every day living to purpose, strength and determination. Working women were confirmed by the Feminist Movement that is it okay to be every woman successfully juggling multiple roles of wife, mother, caregiver and career while negotiating the obstacles of race, class and gender.

In the past decade, there have been phenomenal achievements by Black women as Entrepreneurs Scientists, roles in technology, in the board room as executives, in many areas as athletes, world famous entertainers, television talk show hosts, moguls and actors in spite of socioeconomic indicators showing that Black women are still straggling to catch up to their White counterparts.

A woman’s role today can be defined as a stay-at-home/work-at-home entrepreneur or a single working mother with a high powered corporate title trophy wife defined as a symbol of success and prowess being sought out by high powered men. Women have broken through the old barriers of sexism all the way to the White House.

The Former First Lady, Michelle Obama will inspire women in many ways to make a new commitment to the way they live. Living life on purpose and not by accident allows no room for excuses to be mediocre. Everyday for many years to come black children, black girls, black women will see a positive, honest, image of a woman who looks like them explode and redefine the negative myths about women of color.

A strong woman that makes no excuses for how she defines herself in the role of individual first, friend/partner to her husband and mother. Mrs. Obama takes all of her roles seriously and you can see this in her eyes, hear it in the conviction of her words when she speaks. She is so fortunate to have been able to rely on her mother to take care of her children, it undoubtedly gave her a sense of peace that no one else could have provided for her. We know that our mother will take care our children the way we would or better.

There is no misrepresentation for acceptable definitions of Black women that I can see when it comes to Michelle Obama. She sends a message to the world saying it is more than okay to be to be dark-skinned, to be smart, to be tall, to be different and most of all to be the First Lady of African American descent in the White House. The tremendous amount of pressure of being in the public view, constantly having everything you do reported on every minute of every day. Constant travel and movement, speaking to thousands of people at a time did not cause her to compromise the level of care for herself first, her husband and their children.

Malia and Sasha were always the priority for the Obamas, with the faithful and loving hand of their grandmother, Mrs. Marion Robinson, Michelle’s mother. As a grandmother, I do understand the commitment and sacrifice for the sake of the security and happiness of the children. A grandmother protecting the legacy of her family line is a force to be recognized. I thank you Mrs. Robinson for making it possible for First Lady Michelle and President Obama to campaign the way they did so successfully. Being a family was important enough to show the world that it is the first priority in all things and it did not get in the way of winning the election to become the first African American Presidential family of the United States.

The tone of life has changed to a no more excuses vibration of “get your life in order” and “live your life on purpose.” Couples are showing each other more love and consideration due the exchanges of affection we have seen between the Obamas. Parents are spending more time with their children, people are talking and listening more to each other and showing respect for one another because we have all witnessed Barack and Michelle Obama show genuine caring and love for each other. Demonstrated pubic displays of affection by Black people is exactly what Black children and Black people need to see more of. Black men and women have blamed each other for everything that is wrong in their lives, and experience a significant amount of resentment and bitterness that affects the level of affection in their relationships and the quality of life for their children.

Now black people can see that marriage can work with an authentic commitment and real devotion to one another. In the very recent past, Black women have been viewed mostly as the product of unwed mothers and the last ones to get married in comparison to our ethnic counterparts. We have a great hope the Obama effect will change the way we are represented in popular culture.

We have not seen families like the Obamas since the Cosby Show even though those type of families are out there, said Tracy Sharpley-Whiting, director of African American and Diaspora Studies at Vanderbilt. “So often in the mainstream media, our families are depicted as broken, and we are seen as statistics and not as humans,” said Rockeymoore. Our families are in need of repair and winning the election is so far proving to be the encouragement that will change things.

Black women across the country say they expect Michelle Obama’s dark complexion will inspire girls and women of color to feel better about themselves. Mrs. Obama’s practice of regular workouts and healthy behavior will inspire women to improve their own health status. Most of us need to become more conscious of our eating habits and create new behaviors that will affect the status of overall health with positive consequences. Mrs. Obama could not have survived the campaign if she did not have great tools in place to stay focused and maintain her health.

Now it will be cool to strive for excellence in education which may change how black children are riduculed and made fun of for being smart by their own peers. Applying yourself in the classroom and paying attention to your studies has been proven to pay off in big ways. Look at the place you will go

President Barack Obama and Michelle Robinson Obama moved in the same circles and attended the same school living life on purpose unaware of the hands of fate moving and working to bring them together. Although he was in intern when they met and she was asked to be his mentor, he recognized the qualities of a very special woman and his instincts were right because they were married three years after they met. Thank God that he was humble enough and open enough to learn from her after graduating fro the prestigious Harvard law school. Thank God that his goals and aspirations for his career were genuine and honest because anything less would have not even been looked at twice by a woman like Michelle. She could have dismissed him, Give Thanks that she did not, because there is no mistaking the power behind the throne. The achievements and accomplishments of President Barack Obama would not have been the possible without the person he refers to as “the rock of our family” and “the Love of my life.”

Mrs. Obama has an impressive career as Former Associate Dean at the University of Chicago; a member of six boards of directors; Vice President of Community and External Affairs at the University of Chicago Hospitals. In this position she was responsible for all programs and initiatives that involve the relationships between the hospitals and the community as well as management of the hospitals’ business diversity program. This woman was well positioned and respected in the Chicago business community.

We could learn something from the disciplined practices of being in bed by 9:30 and rising early enough each morning at 4:30 to run on a treadmill before she starts her day. This is the level of discipline and organization it takes to manage a very public life and balance it with motherhood gracefully and lovingly.

Mrs Obama says “Barack didn’t pledge riches” Michelle explains that “Only a life that would be interesting. On that promise he’s delivered.”

African American Family Connection offers fresh perspective on inspiring stories that matter Black women on the subject of family values concerning the issues that challenge and affect their lives individually, as the head of a family and a community member.
AAFC seeks to empower Black families locally, nationally and globally to establish and reclaim a presence as a viable positive force for change.
Paramount in the purpose of establishing a presence is to convert the negative view of African Americans to a positive self image within the family by strengthening family values.
As Creative Director of African American Family Connection, my passion is and always has been to make a difference in the lives every woman I know and meet. African American women are my target readers and the focus of our stories includes all women world-wide.