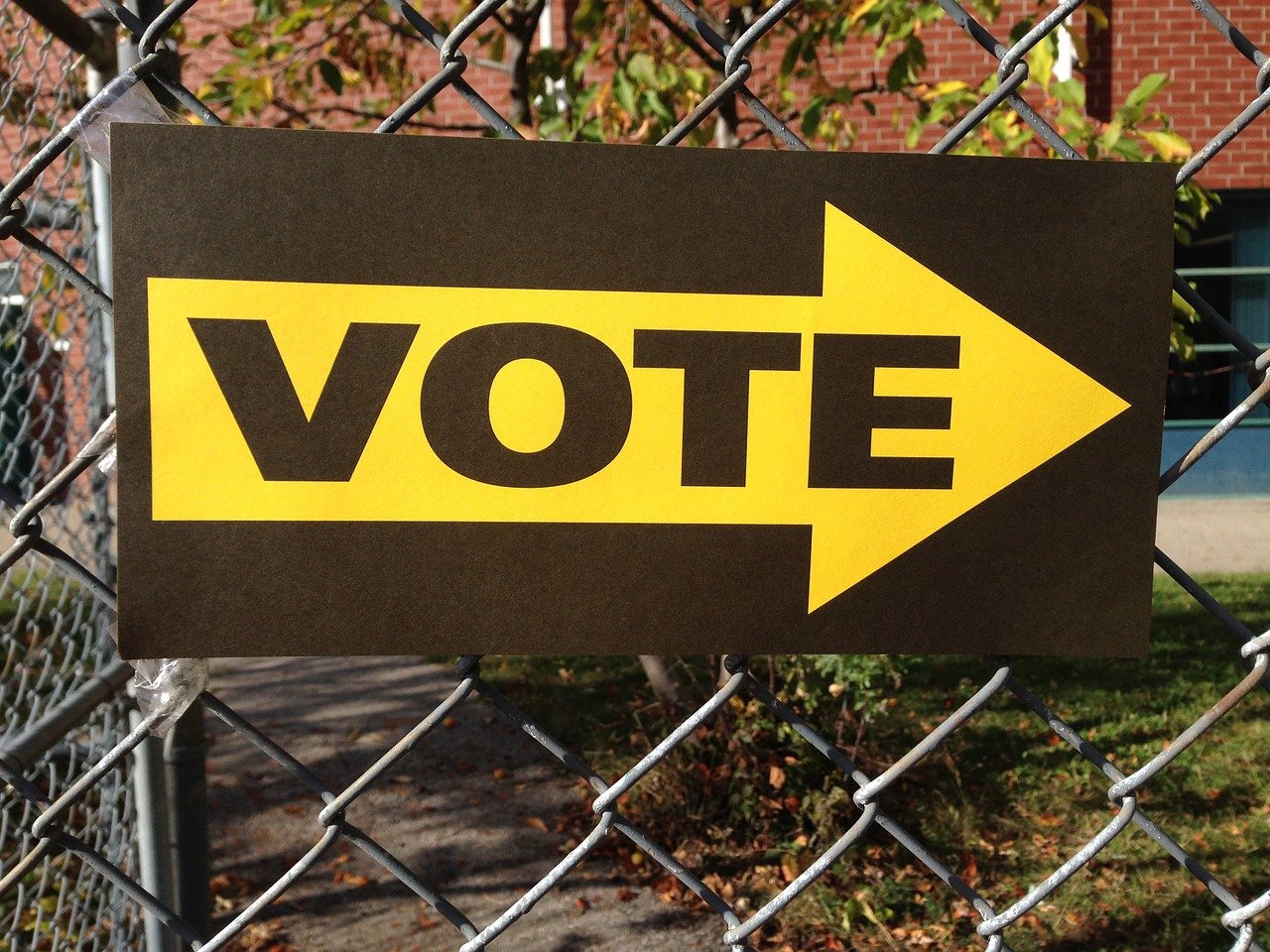 We Can’t Let Down Our Guard In This Election

Four years ago, most media pundits were looking at polling data and sticking their fingers in the political winds, preparing themselves for what was likely assumed to be a major election victory by Hillary Clinton.

Well, we know how that worked out.

Still, the polls in 2016 were actually pretty close to accurate, correctly predicting Clinton’s popular vote win by nearly 3 percentage points. It’s just that the pundits were wrong about the distribution of those votes.

And so, here we are again, less than two weeks from Election Day. Former Vice President Joe Biden is ahead in the polls, and Democrats are cautiously optimistic about winning. We know there still are Republican dirty tricks lurking around the margins of the race, but none have truly grabbed hold of the public’s fickle attention.

Should we be worried? You bet.

Although, it must be said, in a fair election, Biden would, in fact, win this in a blowout. Polling has Biden pretty consistently with a 10 to 12 point lead. And those numbers have been remarkably stable for much of the campaign. Even a couple of last-minute October surprises haven’t moved the needle—a New York Post article trying yet again to make Hunter Biden’s business ventures in Ukraine the “But her emails!” of this campaign has been widely considered dubious, and the paper’s own lead reporter refused to put his byline on the story.

This year, we’re looking at the deeply undemocratic architecture of our presidential elections.

After the death of Supreme Court Justice Ruth Bader Ginsburg, the Republicans’ and Trump’s efforts to ram through the confirmation of Judge Amy Coney Barrett before the election are not only casting the legitimacy of the court into question, they’re igniting yet more fire under Democratic voters, and also making it more politically palatable for a President Biden and Congressional Democrats to expand the number of seats on the high court.

In fact, the Senate Republicans’ actions and blatant hypocrisy can only really be understood in light of knowing that they’re going to lose power, and this is their last shot to lock in their wins for the next several decades. And they’re gambling that Joe Biden, as middle-of-the-road as a Democratic politician can be, would be averse to making structural changes to the court. The GOP is banking on Biden being an old-school politician who doesn’t play dirty the way they do.

So far, Senate Democrats’ public opposition to Barrett’s nomination has focused almost entirely on the threat posed to the Affordable Care Act, which is scheduled to get a hearing before the Supreme Court on Nov. 10. It is a real threat, and millions of people may lose their health insurance if the decision goes the wrong way. But it’s also a smart political move, because as of this week more than 225,000 people in the United States have died in the coronavirus pandemic, which the Trump administration has demonstrably failed to control. Trump instead is attacking Dr. Anthony Fauci of the National Institute of Allergy and Infectious Diseases, while his new favorite doctor on the White House coronavirus task force, radiologist Scott Atlas, is advocating herd immunity while infections are now close to the peak level from mid-July.

Add to that Trump’s refusal to take health care guidance seriously, despite having been infected with COVID-19 and spreading it to his family, and his refusal to even come up with a national strategy—in any ordinary situation, this election should be a cakewalk for Biden.

But it isn’t, and the reasons are numerous. It’s not just because the Electoral College is a profoundly undemocratic institution that skews conservative—polling analyst Nate Silver has said Biden could win the popular vote by up to 4% and still have a 1-in-4 chance of losing the Electoral College. It’s also not just because voting has been under constant assault by the Republican Party since the Supreme Court overturned the Voting Rights Act, resulting in hundreds of thousands of people—mostly poor, largely people of color—being disenfranchised. It’s not even just because the national media still can’t refrain from creating a narrative of false equivalencies, reading Trump’s (long) tally of immoral and illegal behavior out of one side of their mouths, while out of the other side, shouting “Burisma!”

This year, more than any other, we’re looking at the deeply undemocratic architecture of our presidential elections and seeing threats we haven’t had to consider in a long time. Trump has publicly stated he wants a new Supreme Court Justice on the court in time to rule on his near-inevitable lawsuit challenging Biden’s victory. And Republicans are certainly preparing to work at the state level to ensure that a Republican slate of electors is sent to the Electoral College on Dec. 14, regardless of the popular vote.

It won’t take that much effort to gum up the works; one state’s electors getting tossed in a court dispute could ensure neither candidate gets a majority, and therefore the House of Representatives will choose. And Republicans have the majority of state delegations in that chamber. Four states have Democratic governors, Republican legislatures, and are polling in the toss-up to lean-Biden camps: Michigan, North Carolina, Pennsylvania, and Wisconsin. In each of those states, Republican legislators have tried to undermine their Democratic governors, from suing to stop mask mandates in Michigan, stripping powers from the governor in North Carolina and in Wisconsin, and suing to stop voting-by-mail in Pennsylvania.

What’s more, the polling so far has moved Arizona, Florida, Iowa, Ohio, and even Georgia into competitive territory for the presidential election. Those states don’t even have divided government; Republicans control the governorships and legislatures in all five.

Yes, it’s been a long time (since 1876, in fact), when state legislatures so blatantly disregarded the will of the people, but if there’s any year in which the Republicans will use any trick in the book to steal an election, then 2020 is it, and Donald Trump is their instrument.

So what’s to stop it? Public action. Progressive critic George Lakey has identified how popular direct action has forestalled anti-democratic coups in the past (and while a GOP nullification of state popular vote would be legal, in effect it would be a coup, for nullifying the effect of the vote). Activists will have to be organized in advanced and move fast; most coups that are stopped are stopped within the first few days.

But maybe the biggest way to ensure the vote will be fair and free is for everyone who can vote to do so. We’re already seeing signs of that. In states with some sort of early voting (and those five states that offer all-mail or drop-box elections), more than 22 million people already have voted.

Here in the Seattle area, where ballots can be returned by mail or drop-boxes, the boxes are having to be emptied multiple times to keep up with the massive influx of votes. In Ohio, lines were a quarter-mile long last week as early voting opened up. Same thing in Georgia. And Texas.

Granted, some of that is a result of the Republican state officials reducing the number of polling places, to as few as one per county, which disproportionately makes voting harder for Black people and others living in urban areas. But it’s also true that voting turnout records are being set in places such as Atlanta.

After four years of Trump, it’s hard to imagine anyone who can truly be said to be undecided. Even the stereotype of the “low-information voter,” who wakes up from a virtual nap every four years to still say they are undecided, either just literally woke up from a four-year nap, or is just waiting for some last-minute scandal on the Biden side to stick so they have social cover to vote for Trump—waiting for her emails, all over again. And yet the fact that we’re even having this discussion—for instance, whether the Georgia legislature will overturn a Biden popular vote victory—is evidence as to how far we’ve come. We’re nowhere near being out of the woods. But Americans have woken up to the fact that the future of democracy is at serious risk, and they’re taking steps to try and save it. Let’s hope it’s enough.