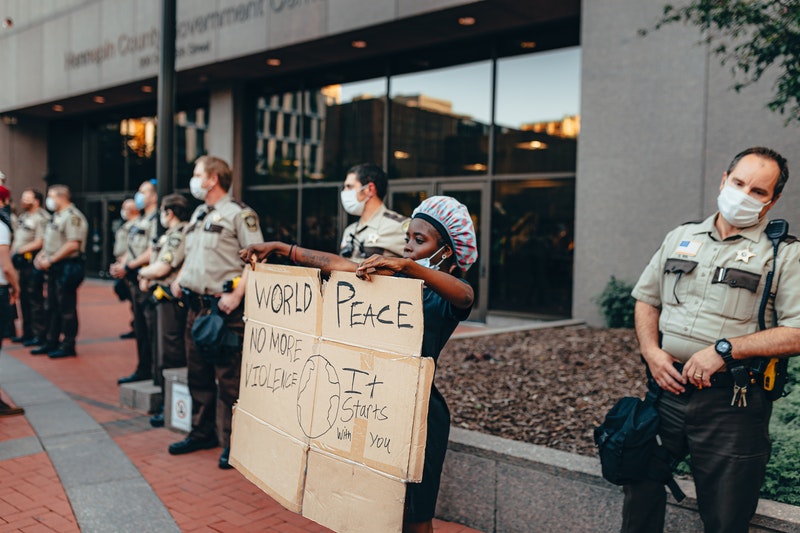 What colleges and universities can do to improve police-community relations

In the wake of the death of George Floyd – and the protests that it has sparked around the world – public attention is focused on ending police brutality like never before.

Even before Floyd’s May 25 death in Minneapolis, public trust and confidence in law enforcement and America’s legal system were already in a perilous state. The difference now is that calls are being amplified to defund and disband police departments as they are currently known.

What can America’s higher education system do to reduce the use of excessive force among police? As a public policy scholar who examines the interplay between race, policing and public governance, I see multiple things that colleges and universities can do to make a difference.

As a professor, I help students and communities rethink and redesign the policies and practices that shape relations between police and the community. The idea is to foster a shared sense of responsibility for public safety and order.

In one course, I have had students develop guides to get people to make better choices about when to even call the police in the first place.

To aid in this discussion, I use a refrigerator magnet that has a decision tree on when and when not to call the police. It was designed by police and residents in the community of the University of California at Irvine after an incident in 2015 in which a neighbor called police on a 20-year-old black man who was mistaken for a burglar at his own home. The guide continues to be in use and is distributed to new arrivals by members of the University Hills homeowners association and other residents concerned with public safety. With a purpose to lessen unnecessary calls to police, the guide encourages people to question themselves and ask if they are calling the police because of the way the person looks versus what the person is actually doing.

2. Use voices from history

To better understand police practices from various points in American history, universities should create or use digital archives that catalog recordings of people with actual lived experiences from those times. For instance, to hear what it was like to be arrested and subjected to police brutality as a black man or woman at the height of the civil rights era in the 1950s and 1960s or to have experienced the unrest after the Rodney King trial in the early 1990s, students should have easy access to recordings of people who were there.

At the University of Virginia, students and faculty have access to the HistoryMakers Digital Archive, the largest African American video oral history archive in the U.S. The archive offers high-quality videos and audio. It also provides full transcripts for each interview.

Campus police departments – and surrounding police agencies – should collaborate and make transparent their policies and procedures. This is particularly important when it comes to the use of force.

Colleges and universities can host and facilitate community dialogues to help the public better understand when police use of force is permitted under the law and when that force is excessive.

Since research is a key focus of higher education, universities should investigate which practices are most effective – from stop and frisk to community policing – at reducing the use of excessive force, and which practices make it worse.

I argue that in order to better serve the community, bureaucracies, such as police departments, need to reflect the diversity of the communities in which they operate. This is in line with something known as the theory of “representative bureaucracy.” This theory states the more the workforce of a government agency, like a police department, is representative of the people it serves in terms of its demographic diversity, the more likely it becomes that it will ensure that the interests of all groups are considered when decisions are made.

Research on the impact of representative bureaucracy in policing is mixed, however.

Some studies have shown that it improves the delivery of police services and on public perceptions, while others have found that it does nothing to change police culture. This is because, research has found, black and brown officers often feel pressured to not act on the experiences they and their communities have had, but to “represent blue” and align with the cultural values of the police departments in which they work.

Colleges and universities should partner with law enforcement to come up with better ways to understand and address the challenges, such as racial profiling and excessive use of force, that continue to harm relations between law enforcement and the communities they serve.