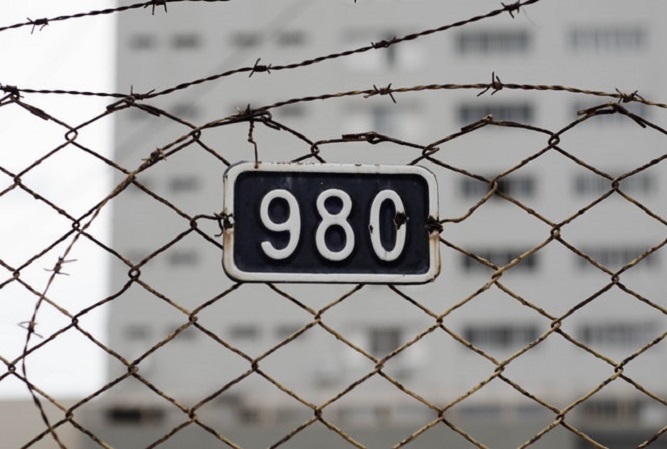 The United States incarcerates a larger proportion of its citizens than any other developed country in the world, with around 1.5 million people serving time in prison. But to anyone who doesn’t work or live in a facility, life behind bars largely remains a mystery. The public gets a glimpse of life on the inside only when there are riots, executions or scandals.

As criminologists, we spent nine months interviewing over 800 prisoners in Texas in 2016. They told us about their lives before and during prison, as well as their impending return to the community, a journey shared by over 600,000 people each year.

We also learned about a significant reality in prisons: gangs.

Our new book pulls back the curtain on how gangs compete for control and structure prison life. Gangs wield power behind bars, but they are more fractured and have less control than people believe.

Getting in, getting out

Conducting research in prisons is rare because it is hard to gain access. Prison officials tend to be risk-averse and loathe to let outsiders inside the walls. Even if researchers get inside, there’s the possibility that prisoners will not participate in interviews. When the topic is gangs, these issues are even bigger.

That was not our experience. About half of the people we interviewed were affiliated with gangs. Gang and nongang prisoners told us, “I’d rather talk to you than sit in my cell.” They saw the interview as cathartic; they were able to “get things off their chest” to a neutral party.

Prison gangs exploded across the U.S. with the rise of mass incarceration in the 1980s. Texas prisons were mostly gang-free until bloody battles broke out in 1984-85 between the Mexican Mafia and Texas Syndicate as well as the Aryan Brotherhood and Mandingo Warriors. Fifty-two prisoners were murdered in a 21-month period that became known as the “war years.”

Over 50 different gangs were represented in our study. Most of these gangs were active in prison and on the street. All of the 12 “security threat groups,” or STGs as they are termed by prison officials, fit the classic view of prison gangs: organized, conspiratorial and violent. The remaining gangs are called “cliques.” If security threat groups are like criminal organizations, cliques are like a band of criminals without clear leadership, direction or structure.

The people we spoke with made it clear that prison gangs in Texas are not what they used to be. Prison gangs were described as “watered down,” no longer having the teeth to enforce rules, especially the security threat groups. Few prisoners, including gang members, believed that gangs brought order to prisons or made prisons safer, a claim often made about prison gangs. The perception of power is stronger than its reality.

While gangs may not have iron-fisted control over prison life, it would be wrong to think they lack influence. If gang members compose only a minority of prisoners, around 20% in Texas according to our research, how do they wield power?

Gangs use violence to resolve disputes, discipline members and protect their interests. Stories of violence are passed down across generations to ensure the memory lives on. The “war years” occurred more than 30 years ago, yet still loom large in the minds of the people we interviewed.

Gangs bring a different flavor to prison violence. There is a multiplier effect. A violent incident involving a gang member expands the pool of future victims and offenders because of the collective gang identity. Being in a gang means assuming these liabilities.

For the uninitiated, prison is scary. People are stripped of their identity, roles and status from the outside. About half of the prison population is convicted of a violent offense. Joining a gang would seem like a pretty good decision.

Our research reveals that about 10% of inmates in Texas joined a gang for the first time in prison, while another 10% imported their gang affiliation from the street. Status and protection were common reasons for joining a gang in prison, much like on the street. But ideology was also important, such as race supremacy or vigilantism, which we rarely observe in street gangs.

Still, most prisoners don’t end up in gangs. That’s true even though avoiding gangs is harder in prison than on the street. Nongang members get their affiliations “checked” and are often recruited when they step onto a prison unit. Those that want to avoid gangs cite their religion, homosexuality or even status as sex offenders – most gangs ban inmates convicted of sex crimes – as reasons to not to join.

Blood in, blood out

It was once believed that once you join a gang you could never leave. Criminologists have dispelled this myth among street gangs; young people leave gangs regularly, and usually without repercussions like violence. We also found this to be the case in prison, even for the security threat groups.

Disillusionment is the leading reason for leaving. Gang members eventually realize they are sold a bill of goods on gangs. Snitching, victimization, solitary confinement and delayed parole crystallize discontent with gang life.

Leaving a gang is more difficult in prison. Walking away is not a credible option. Gang members sought permission or “gave notice” of intentions to leave, or enrolled in the prison system’s two-year exit program.

Block the on-ramps, open the off-ramps

Despite decades of effort, breaking the grip of gangs on prison has been unsuccessful. The “silver bullet” simply doesn’t exist.

Placing gang members in solitary confinement is thought to be a solution, but that’s a management approach. It applies a Band-Aid to a bullet wound that could hurt more than help. And one-size-fits-all approaches to rehabilitation ignore the baggage of gang affiliation.

To compete for control, gangs need numbers, which is why focusing on points of entry and exit offers hope for reducing the power of gangs in attracting new members and encouraging current members to leave.

Doing nothing only allows the problem to fester and grow. Prisoners today will eventually become the neighbors, religious congregants and employees of tomorrow. We want people to leave prison in a condition better than they arrived. That means effective responses to gangs.