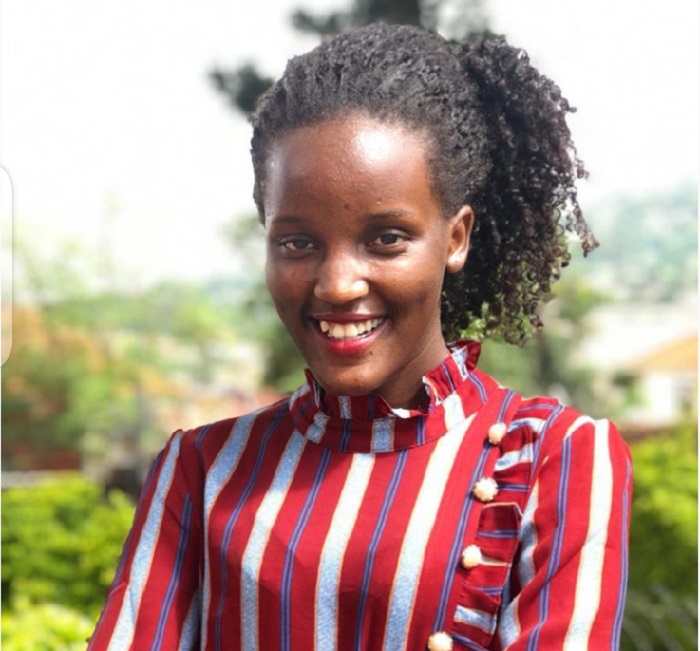 When I started reading Vanessa Nakate’s new book, A Bigger Picture (HarperCollins 2021), I didn’t immediately understand the connection between the title and the event that first introduced me to the Ugandan climate activist. It was January 2020 at the World Economic Forum in Davos, Switzerland. She and four other youth activists were there to encourage attendees to take the climate crisis seriously. The five activists gave a press conference and posed for pictures. But when the Associated Press story came out, Nakate had been cropped from the photo.

“As I looked at the image,” the 24-year-old Nakate writes in the introduction to her book, “it became impossible to ignore that of the five women who’d posed for that photo, I was the only one who wasn’t from Europe and the only one who was Black. They hadn’t just cropped me out, I realized. They’d cropped out a whole continent.”

So even though Nakate shares that she had felt great trepidation and timidity organizing climate strikes in the Ugandan capital of Kampala and attending international climate conferences in the previous year, it was this singular “error of judgement” and the resulting backlash that galvanized her resolve to act on climate justice.

“Being cropped out of that photo changed the course of my activism and my life,” she writes. “It reframed my thoughts about race, gender, equity, and climate justice; and it led to the words you’re now reading.”

The authenticity of Nakate’s voice and her no-nonsense tone are among the many things I really appreciated about the 200-page memoir/manifesto on her fight to widen the metaphorical frame and bring more African voices into the global climate conversation. And it’s why I wanted to talk with her further. So, as has become customary for both journalism and climate organizing alike in 2021, she and I met on Zoom to talk about where her activism has taken her in 2021 and how she’s feeling as the much-anticipated global climate conference known as COP26 kicks off in Glasgow.

For starters, I wanted to know how optimistic she was about COP26.

“I am not in the minds of leaders right now, but I want to really hope that they rise up for the people and the planet,” she says. “And I just hope that their words really match their actions.”

That’s one of her central criticisms of much of the global climate action—or inaction—she’s witnessed in her time as an activist: Leaders making promises about going net-zero by 2050, let’s say, but then turning around and continuing to extract fossil fuels or build new coal or gas power plants. Because climate change is not some future inevitability for her. It’s her everyday experience in Kampala, on the continent facing some of the most brutal impacts of climate change—violent cyclones, extreme drought, massive flooding, deadly landslides, and famine-inducing locusts—while only having contributed 3% of global CO2 emissions.

“While these communities are on the front lines of the climate crisis, they are, first of all, not on the front pages of the world’s newspapers,” says Nakate. “Their stories are not being amplified.”

In college, she started learning about climate change and realizing the massive economic and racial gap between those causing the crisis and those suffering from it. With this awareness, and the knowledge of how little it was being talked about in Uganda, she says she couldn’t not do something about it. That’s also why she says we can’t talk about climate justice without talking about racial and gender justice—without talking to the people living on the front lines of this present climate crisis.

“And yet,” I ask her, “how many of those people on the front lines are going to be attending COP26?”

And that, she says, is a problem for the climate crisis worldwide. The people in these communities aren’t just victims; they are also the ones actively surviving and adapting to disaster after human-caused climate disaster. So until their voices are included and elevated in climate conversations, the needed progress on climate action will remain out of reach. It’s one of the reasons Nakate felt compelled to write a book that would elevate the voices of African climate activists specifically.

Nakate very intentionally uses the word “yet” when she writes of the future she envisions: “We aren’t (yet) in the decision-making forums. We don’t (yet) make the rules or (yet) have the votes to determine whether to continue with fossil-fuel financing or change.”

But she is actively works to change these facts.

“I think that every activist understands the solutions that they need in their communities,” Nakate tells YES! “And they don’t really just understand these solutions, they implement them, regardless of how small or big their resources are.”

In her book, Nakate discusses gender equity and the importance of access to education at length. She contrasts the way messages are received depending on who is delivering them: If a man stands up for something he believes in, he’s commanding; if a woman does the same, she’s considered irrational and shrill. A man expressing himself on a topic is considered passionate, whereas a woman doing the same is seen as bossy or overly emotional.

Especially in Uganda, women and girls are encouraged to be silent, under the guise of maintaining their dignity and self-respect. Nakate knew she would receive pushback for going against this cultural norm, standing on busy street corners with handmade signs about stopping the climate crisis. And she did, both in person and on social media. People accused her of using her climate activism as a front for prostitution, finding a husband, or selling drugs.

But the harmful comments she’s received have only compelled her to continue her work toward gender equity (and block social media users more freely). That’s because Nakate believes equipping women and girls with the information, knowledge, and skills to handle climate issues will not only reduce existing inequalities, but will also help all of humanity reduce greenhouse gases and build climate resilience.

That’s why she dedicates much of her energy to a project supporting Ugandan schools by installing solar panels and clean cookstoves. Having electricity and clean air is life-changing for the students at these schools, especially female students. And she says it’s no accident that youth, and young women in particular, are leading many of the world’s climate justice movements.

“I think that every activist understands the solutions that they need in their communities,” Nakate tells me. “And they don’t really just understand these solutions, they implement them, regardless of how small or big their resources are.”

In this way, she discounts moonshot climate solutions or future technologies that promise to almost magically offset past emissions, though at great cost. Instead, she focuses on current climate solutions that are “actionable, scalable, and holistic,” and aims to amplify actions taking place at the community level. These are the conversations and projects and relationships that inspire her ongoing climate activism.

Read an excerpt from Vanessa Nakate’s book, A Bigger Picture: My Fight to Bring a New African Voice to the Climate Crisis.

“It can be really tough to see that the kind of future that you want seems really far away,” Nakate says. “Especially with the actions of the leaders, it can be quite frustrating to see inaction and disasters continue to happen.”

To counter this, she says she chooses to see the ways people are driving solutions in their own communities and changing people’s lives right now. Her book looks at the work of fellow youth climate activists across Uganda and beyond. She lifts up the voices and actions that inspire her. “Look for the light in the present,” she says.

In the book’s final chapter, Nakate offers guidance to help readers turn these ideas into their own personal forms of activism. It’s hard not to feel as if a better world is possible when she writes, “Every activist has a story to tell; every story has a solution to give; and every solution has a life to change.”