When Scotland hosted an abolitionist after profiting from slavery

Little known stories behind Frederick Douglass’ speaking tour in Scotland, a country is now dealing with its dark past.

Glasgow, Scotland – When abolitionist Frederick Douglass arrived in Scotland on a speaking tour in 1846 from the United States, 13 years had passed since Britain enacted the Slavery Abolition Act.

Colonial slaves had gradually been freed and Britain’s slaveowners were financially compensated for their loss of “property”.

Douglass’s 19-month visit to Britain and Ireland began in 1845; seven years earlier he had fled slavery himself from the US’ slave-owning South for the free North.

“One of the things about his travels in Scotland was his Scottish surname,” said Alasdair Pettinger, author of the forthcoming book, Frederick Douglass and Scotland, 1846: Living an Antislavery Life. “He picked up the fact that Douglas [or Douglass] was a name that resonates in Scottish history.”

“When he addressed audiences, he quite enjoyed the fact that he could make a connection to the ‘Black Douglas’, which, being black himself, was quite an opportune connection,” said Pettinger.

In fact, his name had its own Scottish connection.

He was born around 1818 as Frederick Augustus Washington Bailey. By the time he arrived in Massachusetts as a fugitive, he needed a new name. Nathan Johnson, a free person of colour who gave him shelter, had been reading a narrative poem by the Scottish author Walter Scott – The Lady of the Lake, which had a character named James Douglas.

Some spectators were also just curious about seeing a black man on stage at a time when blackface minstrel shows were all the rage.

According to several accounts, Douglass impressed Scottish audiences with powerful speeches opposing slavery in the US, which had yet to end the practice.

He worked as Scotland’s anti-slavery agent from an address in Edinburgh, where there is now a commemorative plaque in his honour, and toured the country’s cities and towns – including Glasgow, Paisley, Dundee and Perth – between January and October 1846.

Delighting in the warm Scottish welcome, he described a “conglomeration of architectural beauties” in Edinburgh, and even contemplated settling in the capital with his family.

He demonstrated his literary knowledge of Scotland by visiting the birthplace of Robert Burns.

According to Pettinger, the first book Douglass bought after escaping from slavery was an edition of Burns, and he was known to quote the 18th-century Romantic poet as another way of engaging with Scottish audiences.

Douglass, who would go on to become close to US President Abraham Lincoln, arrived amid controversy over the separation of the Free Church from the Church of Scotland.

The Free Church required funds, which saw it accept donations from pro-slavery churches in the US.

Douglass latched on to the issue and denounced the Free Church by repeatedly calling to “send back the money” on his tour.

Some spectators were also “just curious about seeing a black man on stage”, said Pettinger, “at a time when blackface minstrel shows were all the rage”.

Newspaper adverts for Douglass’ lectures were sometimes placed next to adverts for these shows, Pettinger explained.

“And I think it’s fair to say that these racist entertainments shaped people’s expectations of him, even if his brilliant performances destroyed those preconceptions.”

Scotland’s association with slavery does not begin or end with Douglass.

Since 2007, 200 years after the UK Act for the Abolition of the Slave Trade (1807), which prohibited the trade in Britain’s colonies, campaigners, historians and experts have been attempting to highlight Scotland’s role in the transatlantic slave industry.

After the 1707 Act of Union, which saw Scotland and England unite to form Great Britain, Scots swiftly took advantage of the new markets that opened up to them.

When Scotland gave up its sovereignty in 1707, it had four universities to England’s two. Soon, this highly literate and mobilised population eyed opportunities further afield and, as the slave trade gathered pace, so too, did the Scottish appetite for making money off the back of human misery.

Scottish merchants and doctors often staffed Africa-bound British slave ships that took enslaved African people and transported them to colonies in the Caribbean.

By around 1800, a staggering 30 percent of slave plantations in Jamaica, where there are still Scottish surnames and place names, were owned by Scots.

But experts and observers say there is collective public amnesia over Scotland’s role in one of the world’s worst humanitarian crises.

“Scottish ports themselves did relatively few recorded slave journeys directly of buying and selling slaves – there are only 35 or so recorded journeys. There may have been more, but in terms of the shipping records that’s all we have,” said Graham Campbell, a Glasgow councillor for the pro-independence Scottish National Party (SNP). “Whereas [the English ports] of Bristol, London and Liverpool did thousands of journeys.”

Campbell, who is of Jamaican descent and whose great-grandfather was a Scotsman who owned a former slave plantation in the Caribbean nation, said there was a history of denying the Scottish role.

On the 50th anniversary of the 1833 abolition of slavery, for example, the Glasgow West India Association announced: “It is to Glasgow’s lasting honour that while Bristol and Liverpool (English cities) were up to their elbows in the slave trade, Glasgow kept out of it … It was at Liverpool that there was not a stone in her streets that was not cemented with the blood of a slave.”

Other connections include Jamaica Street, named after the island where slave plantations saw the city’s industrialists grow fat on the proceeds of sugar and rum.

The city’s ancient and illustrious University of Glasgow prospered, too, from slavery-associated wealth, which it has acknowledged. And in Edinburgh, Henry Dundas, a prominent Scottish politician who infamously delayed Britain’s abolition of slavery by 15 years, is immortalised by a statue in the capital.

“I’ve had people quite shocked on the tour,” Williams, who is of Caribbean descent, to Al Jazeera. “I’ve had people coming up to me saying, ‘I’m from Edinburgh, I went to university here, and I didn’t know a lot the information that was given to me,’ but it’s right under our noses.”

There are plans for Scotland to face up to its past, following on from the 2007 opening of the International Slavery Museum in Liverpool. Zandra Yeaman, communities and campaigns officer for Scotland’s Coalition for Racial Equality and Rights (CRER), told Al Jazeera that Scotland will have a museum of empire, slavery, colonialism and migration in the next 10 years.

After his first tour, he arrived back in the US in 1847 a free man, after supporters in England made provisions to buy his liberty.

“Part of the significance of the commemoration plaque to him is evidence of a recognition of his activities here,” said Pettinger, the author. “It’s another step to making Scots aware of this figure who was important to Scotland as Scotland was important to him.” 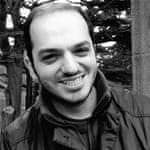 Alasdair Soussi is a freelance journalist, who has worked across Africa, Europe and the Middle East.