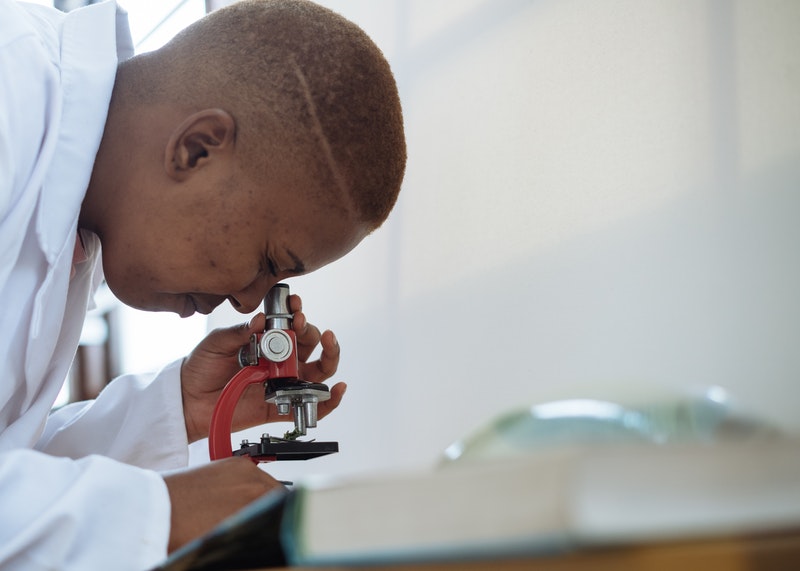 The statistics tell the story. People of color are more likely to be infected, hospitalized and killed by COVID-19 than white, non-Hispanic people. This grim reality is just one more illustration of an unacceptable truth: Science does not benefit all Americans equally.

While part of the solution lies in making access to health care more equitable, I believe the key to real change is more fundamental. If science is to benefit all Americans, science first must be done by all Americans.

As a Black woman in America and an academic biomedical engineering researcher, I have encountered racial, ethnic and gender discrimination and systemic racism at every stage of my life and career. Through these lived experiences, I have become deeply committed to addressing the “diversity problem” in the academic research enterprise.

What is the cause of the health care disparity problem?

White Americans continue to perform the vast majority of scientific research that leads to treatments and therapies for all Americans. Among my profession’s 1,700 biomedical engineering faculty – a group responsible for innovating medical technology – only 34 are Black.

More broadly, Black people account for only about 3% of U.S. scientific faculty, despite representing over 13% of the U.S. population.

Why did prior diversification efforts fail biomedical researchers?

Attempts to diversify biomedical professions through better recruitment in federal programs like the Research Initiative for Scientific Enhancement programs are laudable. Still, minority students remain 40% to 50% less interested in an academic career after graduation.

These “filling the pipeline” approaches have failed to answer an equally vital question: How is our country taking care of the underrepresented minorities already involved in science? The answer, in my opinion, is not very well. And the proof can be summarized in one word: funding.

A survey of funding from the National Institutes of Health, by far the largest funder of scientific research in the United States, found that Black applicants were 10% less likely to be awarded grants than their white counterparts when controlling for other factors, such as educational background and publication record. This active discrimination leaves Black faculty with less money for their research.

In a recently published commentary in the journal Cell, led by Dr. Kelly Stevens and me, we highlight that this funding disparity between Black and white biomedical scientists remains unchanged despite every effort dedicated to understanding the gap.

We argue that the NIH leadership has failed to fix this discriminatory funding practice. As a result, Black scientists commonly do not reach the research funding required for promotion and tenure and are pushed out of academia.

Why should you care?

When Black scientists leave, their perspective is lost from the conversation. They can’t contribute questions that researchers from other ethnic backgrounds wouldn’t ask. And they aren’t able to find treatments for diseases that predominantly affect their own Black families or challenge the prevalent racist ideas and policies that continue to persist in science.

The cycle is vicious. The real-world consequences of Black faculty absence in biomedical research go far beyond the lab – and can be lethal. Take the case of pulse oximeters used for at-home monitoring during COVID-19. Among Blacks, these devices are three times more likely to inaccurately measure blood oxygen levels than among white people.

In addition, consider a New York state investigation into a discriminatory algorithm that recommended higher-quality care to white patients than to Black ones who were sicker.

It is no wonder that Black people often distrust health care and science and their lifesaving products – such as the COVID-19 vaccine.

There’s more. When Black scientific faculty leave institutions, they aren’t in the classroom to show Black students that they too belong in the prestigious work of science and medicine. Minorities persist in science when they see people like themselves.

Instead, these students leave the science and engineering classroom, are left out of high-paying professions and, as a result, turn to lower-paying, front-line jobs that are more vulnerable to COVID-19. The lower wage fuels the racial wealth gap that can force Blacks into violent police encounters, as George Floyd experienced.

What are the new ways society can fix the problem?

The NIH has known about the funding disparity bias against Black researchers since 2011, and still, it persists. In our commentary in Cell, we implore the NIH to admit its system upholds structural racism and pursue funding equity immediately. We estimate, based on the fraction of Black scientists in the NIH applicant pool, that it will cost the NIH only US$32 million of its $40 billion annual budget to close the funding gap. We are still waiting to hear NIH leadership’s response to the commentary.

President Joe Biden has tasked the country’s new scientific leadership with determining how government can guarantee that the fruits of science and technology are shared across America and among all Americans. To realize this goal, public and private entities must take a simple first step: fund Black scientists.

Fortunately Black biomedical engineering faculty don’t need to wait for the wheels of justice to turn through sluggish federal agencies. Businesses made big promises to do more over the summer to build a more equal and just society. Here’s one thing the private sector can do: Take immediate action and provide that $32 million to offset the racial disparity in NIH funding.

Biotech company Genentech has stepped up to this challenge by funding a $500,000 grant to the University of Michigan toward closing the racial gap in NIH research funding to our nationwide network of U.S. biomedical engineering faculty. This is innovative leadership.

The health of millions of Americans and the vibrancy of the science-based economy are at stake.