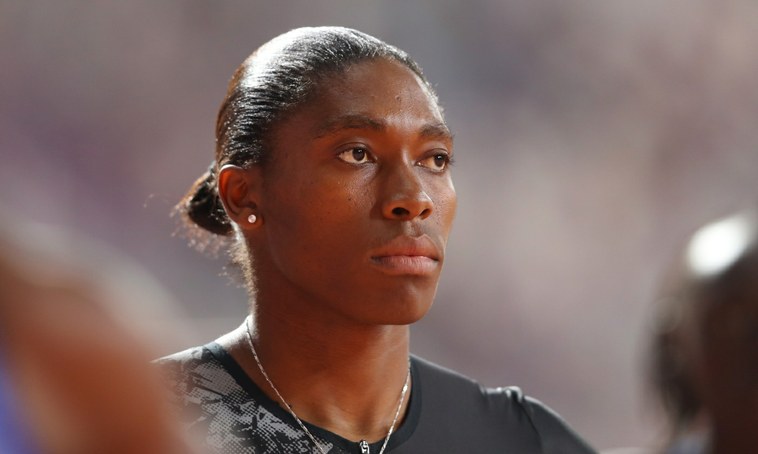 Will Caster Semenya Be the One to Finally Bring Down Gender Policing?

Caster Semenya, one of the world’s greatest female middle-distance runners, may be forced to quit the event she has dominated for a decade. After easily winning the 800-meter race at an international meet in Doha on May 3, the South African athlete was defiant in saying she won’t comply with new restrictions that will be placed on her at future competitions.

“No man, or any other human, can stop me from running,” she said after the race, her first—and possibly last—competition since a controversial ruling by the supreme court of international sport.

Her defiant words were in reaction to a horrible ruling by the Court of Arbitration for Sport, which denied an appeal by Semenya against the policy of track and field’s international governing body. The International Association of Athletics Federations (IAAF) had previously ruled that female athletes like Semenya who have naturally high levels of testosterone must now take hormone-suppressing drugs to compete in any event between 400 meters and one mile. (There are five such events at the international level.)

Because of the court decision, the IAAF rules go into effect May 8.

The IAAF policy is based on bad science, flies in the face of best practice in policy-making, overrides human rights and will cause tremendous anxiety and even harm among the female athletes in the world, particularly those in the Global South.

Rules could cause harm

Even the Court of Arbitration for Sport cautions that there are serious problems with the IAAF policy, including the potential for harmful side effects that hormonal treatment could cause for the athletes who must now take the medication to compete.

The Canadian Centre for Ethics in Sports, which directs Canada’s anti-doping program, the Canadian Association for the Advancement of Women and Sports and AthletesCAN, the association of Canadian national team athletes, have condemned the decision. Athletics Canada has said it won’t implement the policy in Canada.

Before the judgment was rendered, independent experts for the U.N. Human Rights group wrote the IAAF urging it to cancel the policy. But some track and field athletes came out in support of the policy, insisting that female athletes with high levels of testosterone have a “colossal” advantage.

Why has Semenya been so demonized?

As a professor of kinesiology and physical education who competed in athletics at the 1964 Olympics, it’s my view the explanation may be found in a misunderstanding of natural testosterone, a narrow misreading of the Olympic values, the distrust engendered by almost century of sex testing in international sports and a failure of leadership on the part of the IAAF. Synthetic testosterone is justly banned from Canadian and international sports (except for approved therapeutic purposes). If taken carefully, at the time of hard training, it can enable significant strength and speed gains and reduce the risk of injury.

But natural testosterone is not the same thing. It may aid performance, but it may not.

As Yale University researcher Katrina Karkazis has argued, there is no predictable relationship between natural testosterone and improved performance. Even in the same person, testosterone levels can change over time, depending on a range of factors. It’s not a reliable measure, and it will be very difficult, if not impossible, to monitor without frequent, invasive testing.

Then there’s the ethical question. On what basis do you exclude athletes because of who they are? Natural testosterone is a human condition. When I used to urge athletes against doping, I often said “play with your own chemicals.” Now the IAAF is banning female athletes who play with their own chemicals. The Court of Arbitration for Sport emphasized that Semenya was not cheating, and that she should be admired for her athleticism and courage.

High natural testosterone occurs from a genetic mutation, not unlike the hundreds of other genetic mutations that confer advantage in sports, such as exceptional height, reach and ability to draw oxygen into the blood stream. Virtually every top athlete has at least one of these inherent advantages. The Olympic spirit is to rejoice in the diversity of humankind.

If the concern is really the fairness of condition, those who fear Semenya should address the huge international differences in personal and national income, the most consistent factor determining athletic performance because of the advantages it can buy in better training facilities, nutrition, coaching, medical assistance and so on.

Why is no effort made to balance out these other factors? Would Canadians who support the IAAF against Semenya like it if they were required to train under the same conditions as their competitors from the Global South? Of course not.

Sadly, Semenya has not been the first highly successful female athlete to be accused of masculine qualities and to face banning from sports. In fact, from the very beginning of high-level women’s sport, the best athletes have been so vilified.

In the 1930s, the men who controlled sports claimed that such women were “abnormal” and introduced “gender verification” to police them. In the 1960s, when women from the Soviet Union and the newly independent nations of the Global South, many of whom didn’t look like western women, began to win many of the medals, the test was made universal.

Every female athlete I know can recount the stress of “gender verification” and hundreds suffered from the stigma of false positives. Worldwide opposition led to the abolition of the universal sex test in 1999, but the very same people who administered it tried again when Semenya raced onto the scene. The legacy of this history continues to pit women against women and poison the sport.

What’s most troubling is the way the IAAF leadership has aggressively campaigned for this test. Instead of standing up for Semenya, admiring her and conducting an educational campaign to clarify the issues, IAAF president Sebastian Coe has made it his personal crusade to chase her from the sport.

But history is on Semenya’s side.

As the Court of Arbitration for Sport’s decision acknowledges, there are so many problems with the IAAF policy that no doubt another legal challenge will be mounted before long.

Let’s hope that the next time, gender policing in sports will be abolished once and for all. And let’s hope that more track and field athletes will recognize the justice of Semenya’s cause and support her.

This article was originally published by The Conversation. It has been edited for YES! Magazine.