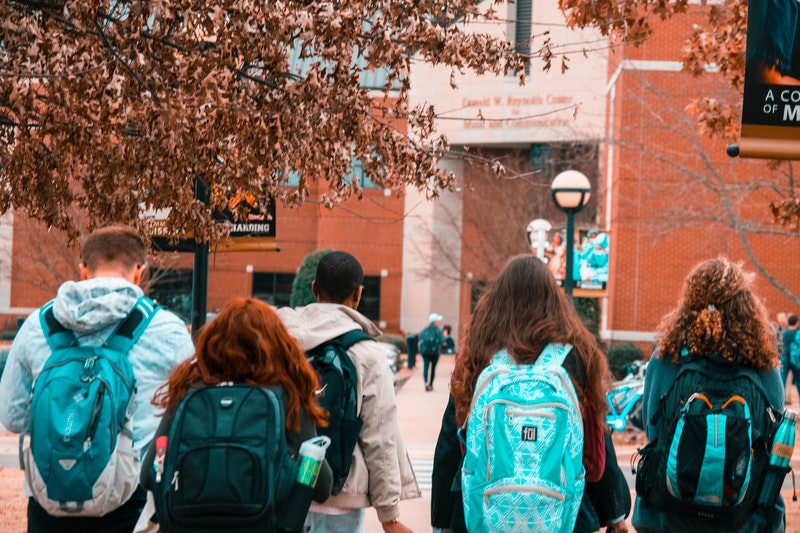 By early July, about 80% of U.S. campuses were planning to resume at least some in-person instruction, even as a growing numbers of faculty are voicing concerns about safety.

As Michael Sorrell, president of Paul Quinn College, argues, “Because we do not yet have the ability to bring students and staff back to campus while keeping them safe and healthy, we simply cannot return to business as usual.” Sorrell says that bringing students back in this context “constitutes an abdication of our moral responsibility as leaders.”

But this isn’t just about the responsibilities of individual campuses and university leaders to do what’s right. As a scholar of ethics, I believe it is unwise and unethical for government to leave schools largely on their own to navigate in deciding whether and how to open their campuses. The health risks are too high.

I also consider it unwise and unethical for the federal government and the states to leave so much of the financial burden that COVID-19 places on the higher education sector up to schools to resolve on their own.

So far, few campuses have said they plan to go all or almost entirely online. The California State University system, with the exception of a few classes, will go online. University of Massachusetts Boston administrators say the university will forgo in-person teaching because they believe opening that campus would be too dangerous.

There is significant pressure to get back to in-person instruction. Zoom U isn’t as good as on-campus instruction, and students may fall off track if they do not resume their education.

The fear is that many students may suspend their education if it’s completely virtual, reducing the flow of housing and tuition payments to colleges. Some public and private university budgets are so precariously balanced that some institutions will not survive if they lose a significant amount of the revenue they usually get from tuition and dorm payments.

In April, Brown University President Christina Paxson was among the first to call for universities to reopen because they are vital to society and local economies. Keeping campuses closed she said, could be a “catastrophe” for some schools.

Paxson told U.S. senators at a hearing in June that she believed colleges and universities must reopen as quickly and safely as possible. Purdue University President Mitchell Daniels told the senators that students were “eager” to continue their educations in person.

U.S. higher education, with more than 4,000 colleges and universities, is not only the envy of the world. It is economically vital, employing about 4 million people, and serves as an engine of scientific and technological innovation.

Campuses lost billions of dollars and laid off thousands when they were forced to close in March. So did nearby towns.

But these aren’t ethically sound reasons to resume in-person instruction during a pandemic where it will be hard for nearly 20 million students to safely return to campus.

Even models for reopening that assume highly reliable tests, and rigorous plans for testing, quarantining and caring for students with COVID-19 suggest that campuses are high-risk zones – potential petri dishes for the coronavirus.

Students eager to see each other may wear masks as instructed in classrooms, but they may not follow social distancing protocols outside class.

It’s tempting to see student culture, youthful risk-taking and fraternity parties as the biggest obstacles. But the structural challenges of opening campuses are formidable too.

Ventilation, key for reducing the infection risks, is often poor in older classroom buildings, and windows cannot be opened in many new buildings. Stanford, which has the advantage of a mild year-round climate, has considered using large tents for instruction to allow for greater physical distancing and ventilation. Arizona State University, which has long used a combination of in-person and online instruction, has invested in outdoor furniture and awnings to make it easier to hold classes outside.

Dorms tend to be notoriously tight quarters, potentially expediting the spread of the coronavirus. When airborne, the virus can linger for long periods of time in high-rise dorm elevators. The potential spread of the coronavirus through the “toilet plumes” that form when bits of fecal matter splash into the air after flushing in shared bathrooms may make using toilets in dorms and other buildings a constant hazard.

Time between classes is often short, yielding crowded sidewalks, doorways and hallways. Cafeterias configured to reduce risk will still be swamped at mealtimes. The social networks created when students take several courses could easily permit infected but asymptomatic students to come into contact with hundreds of people each day by simply attending their classes.

The University of Texas and Clemson football teams began workouts in June and soon announced that many of their members had tested positive for COVID-19. The athletes, and those who had been in contact with them, were isolated.

Many schools going with a hybrid model say they will be prepared to “pivot” to online learning, if necessary, without explicitly stating the criteria they will use to make that determination. It will be hard to feel confident about those decisions unless schools are also transparent about their testing protocols, the false negative and positive rates of the particular COVID-19 tests they are using, and campus infection and hospitalization rates.

The problem isn’t only what happens on campus.

For instance, in Tompkins County, New York, Cornell University and Ithaca College undergraduate students comprise about 21% of the population. New or returning students who may have flown long distances may bring the coronavirus to their schools’ regions before they are even tested, or if tested, before the virus is detectable.

Campus staff from Black and Latino communities are particularly vulnerable to COVID-19.

And faculty members tend to be older compared to the general workforce, with a median age of 55, making them more vulnerable to COVID-19. Many of my colleagues are in their 60s and 70s.

While young people are less likely to die from the disease, brain damage from COVID-19 is an increasing concern for all ages.

On the one hand, the potential economic costs to many colleges and universities of going almost entirely or totally online for the 2020-2021 academic year could be devastating.

On the other hand, bringing students back to campus and having an outbreak that harms or kills faculty, staff, students and members of nearby communities would also be devastating.

If large-scale reopening of campuses proves untenable or unsustainable, I believe they will need need far more economic assistance than the US$14 billion Congress included in the CARES Act relief package.

That money would be well spent if it helps universities survive without feeling forced to resume in-person instruction before it’s safe.