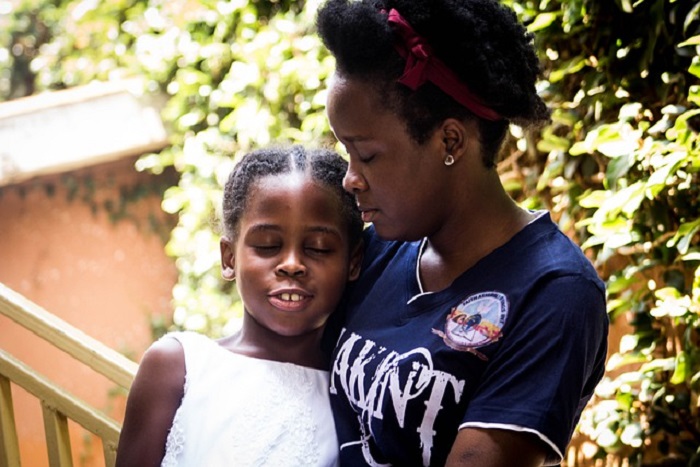 For Low-Wage Women Of Color What About Work-Life Balance

October is National Work and Family Month, a designation that the U.S. Senate first marked in 2003. The struggle that workers face in balancing job-related responsibilities with family obligations became a signature issue for former President Barack Obama, who in a 2014 speech at the White House Summit on Working Families declared, “family-friendly policies are good business practices.”

Today, government officials, corporate executives, and media outlets are increasingly calling attention to the importance of alleviating workplace stresses and promoting better “work-life balance.” But most of the rhetoric is directed at higher-income professionals such as managers and executives who tend to be largely White, and not low-wage workers of color, particularly Black and Brown women.

During the pandemic, low-wage workers, such as those doing janitorial, food-service, nursing, and agricultural work, were deemed “essential.” Disproportionately people of color, some were rewarded for their critical work with temporary and modest raises in the form of “hero pay.” Yet today there is little focus on such workers in discussions of work-life balance.

Overall, U.S. workers are among the most stressed in the world. According to the Gallup State of the Global Workplace report, 57% of U.S. and Canadian employees say they feel stressed daily. Studies show that economic inequality, falling along race and gender lines, is one of the most significant drivers of stress and even suicide. But few, if any, advice columns on achieving work-life balance discuss higher-pay as a solution to alleviating stress among low-wage workers.

Instead, assumptions of well-paid workers being the only ones deserving of work-life balance are baked into discussions. The website Sage, which offers products for business owners, recommends that employers promote work-life balance by allowing flexible work hours, more options for remote working, and a greater focus on productivity rather than hours. Insider.com suggests “mindfulness” as a way to achieve a healthy balance between work and life. And, Forbes.com, in offering its 6 Tips For Better Work-Life Balance, focuses on personal responsibility, offering workers advice to “unplug,” and “let go of perfectionism,” as well as to “exercise and meditate.”

Such advice is ill-suited to, say, a domestic worker employed by a private family, a janitor at a cleaning service, or a cashier at Walmart whose hours are optimized to maximize company profits. “The kinds of occupations that are included in work-life balance discussions are usually those that might be called ‘careers’ as opposed to just ‘jobs,’” says Michelle Chen, labor journalist and co-host of Dissent magazine’s Belabored podcast.

Exercise or mediation are unlikely to alleviate the very real financial stresses facing low-wage workers. Chen calls the term work life balance, “corporate speak for satisfaction with life,” and says that it is “not intended for the people whose value is measured in terms of how much of their lives they can dedicate to the drudgery of wage labor.”

Referring to Black women workers in particular, Dr. Angelica Geter says, “We are aging faster than White women.” Geter is the chief strategy officer for the Black Women’s Health Imperative and explained that the reasons for such health disparities are “stress, racism, gender discrimination, and poverty.” Putting it simply, she suggests “access to equitable pay and living wages,” as a solution.

Instead of promoting equitable policies to address racial and gender-based inequality, corporations are now increasingly resorting to trainings and workshops promoting “Diversity, Equity, and Inclusion.” Such efforts focus on individuals becoming aware of their behavior rather than executives instituting pay equity for example. “Awareness is good,” says Geter, but, “it does not lead to systemic change.”

What About Work-Life Balance for Low-Wage Women of Color?

In 2010, the Obama administration published a statement saying that “attracting and retaining employees who are more productive and engaged through flexible workplace policies is not just good for business or for our economy—it’s good for our families and our future.”

Three years later, Obama acknowledged at the White House Summit on Working Families just how difficult it had become for U.S. workers to manage the demands of poorly paid and insecure jobs against the responsibilities of raising a family. He said, “Family leave, child care, workplace flexibility, a decent wage—these are not frills. They are basic needs.” He added, “They shouldn’t be bonuses, they should be part of our bottom line as a society.”

But seven years after Obama’s speech, the federal minimum wage remains at an appallingly low $7.25 an hour, and wages have not risen to keep up with the increasing cost of living. Paid parental leave is not mandated by law and child care and health care remain prohibitively expensive. All of these factors disproportionately affect low-wage women workers of color, for whom Chen asserts that, “the ‘life’ part of ‘work life’ is actually mostly just another job—involving a massive amount of unwaged labor on top of their waged labor.”

Also, the labor of low-wage women workers of color has often been the edifice on which White professional women have managed to carve out their work-life balance. According to Geter, “Black women in particular account for a very high rates among those who have minimum wage jobs,” and “those are the women who may be delivering your groceries so that you can stay at home.” Arun Gupta, an independent journalist covering labor organizing, concurs, saying, “Being able to hire employees to cover your own work to achieve that work-life balance is clearly an option only for the 1 percenters.”

A decade after the Occupy Wall Street movement revived a sense of class consciousness among the U.S. public, with the richest 1% seen as pitting its wealth and power against 99% of Americans, wealth inequality has only grown and has persisted along racial and gender lines.

Gupta, who was actively involved in Occupy Wall Street, says, “One of the main problems with achieving a ‘work-life balance’ is that it puts all the onus on the individual.” While that may work for well-paid professionals, “for the rest of us,” says Gupta, “options like unplugging from jobs that require being constantly on call or ordering takeout whenever we are too exhausted to cook, is more fantasy than reality.”

While employer-supported exercise, meditation, and flexible hours, are attractive perks for higher-income workers, the counterpart for low-wage workers of color centers on basic needs such as higher wages, paid sick and family leave, generous paid vacation, and affordable child care. Even Obama admitted, “Other countries know how to do this. If France can figure this out, we can figure it out.”

Indeed, the Organization for Economic Co-operation and Development’s Better Life Index shows that those nations that are ranked the highest on work-life balance tend to have generous government-provided benefits. For example workers in Netherlands, Italy, and Denmark can rely on affordable child care that is regulated and subsidized by their governments. In contrast, the U.S., which has prohibitively expensive child care, ranks 29th out of 40 nations on the OECD’s work-life balance index.

Gupta says, “If we as a society were serious about achieving a work-life balance for everyone, then we would address the underlying issues.” This means giving workers, “the collective power to address the long hours, low wages, unhealthy working conditions that is the norm.”

Reprints and reposts: YES! Magazine encourages you to make free use of this article by taking these easy steps.
Republish This Article

Published in News Reels and On The Record