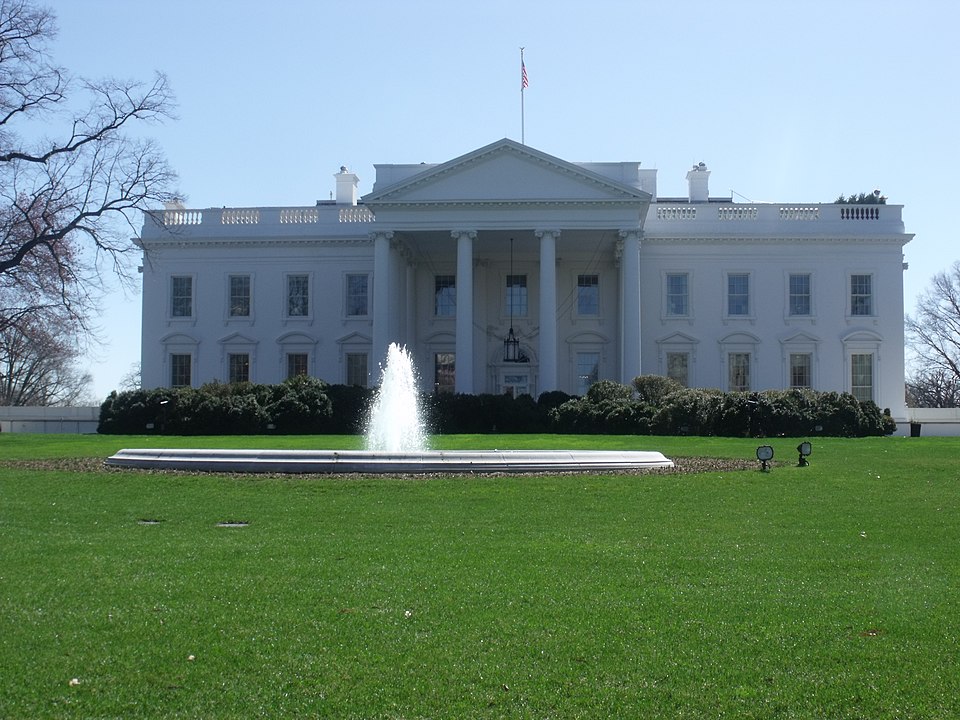 The Uproar Over The First Black Woman Supreme Court Nominee

Supreme Court Justice Stephen Breyer announced his retirement in late January, after months of pressure from progressives. At 83, Breyer is the oldest member of the nation’s highest court and is one of three liberal justices remaining on the nine-member body. Now, Democrats, who retain the slimmest of majorities in the U.S. Senate, have a chance to replace Breyer with a younger liberal justice.

President Joe Biden, in keeping with his campaign promise to name a Black woman to the court, announced in January, “The person I will nominate will be someone with extraordinary qualifications, character, experience, and integrity. And that person will be the first Black woman ever nominated to the United States Supreme Court.”

Republicans and conservatives immediately protested the announcement, saying it was unfair.

Dr. Judy Lubin, the founder and president of the Center for Urban and Racial Equity and an adjunct professor for Howard University’s Department of Sociology and Criminology, spoke with YES! Racial Justice Editor Sonali Kolhatkar about why such responses are hypocritical and why it is important for the president to be intentional about ending systemic racism on the court.

This interview has been edited for clarity and length.

Sonali Kolhatkar: How significant is President Joe Biden’s pronouncement that he would be nominating a very highly qualified Black woman to the Supreme Court?

Judy Lubin: It’s very significant that Biden made this commitment to nominate a Black woman, not only on the campaign trail but also in reinforcing it recently.

First, almost the entire history of the Supreme Court, the nominees and the justices have primarily been White men. And out of the 115 justices that have been on the court, there has not been a single Black woman, and so it’s long past overdue for a Black woman to be nominated to the court.

Second, if we want to undo the legacy of systemic racism and patriarchy that says that women aren’t fit to lead, serve, and to make decisions at the Supreme Court, we have to be explicit and intentional about it. And so, Biden making a public commitment and being really explicit about nominating a Black woman is critically important.

Third, it is important for him to do so at a moment in time when we’re in this racial reckoning that’s happening across this country, where institutions and leaders are having to look internally at the ways in which systemic racism has shaped the history of their institutions.

To Biden’s credit, since he’s been in office, he’s been filling federal judge seats—half of the seats at least—with people of color, with Black folks, Latinos, Asians, and so on. It’s very critical to build that pipeline for higher courts over time so that we have a diverse pool of judges to select from.

Kolhatkar: Christina Cauterucci, in Slate, wrote that “Biden’s vow to name a Black woman to the Supreme Court backfired,” and that “[a] campaign promise has needlessly tokenized future nominees.” What do you make of this critique?

Lubin: I speak to a lot of organizational leaders, leaders within companies and government agencies, who say they want to diversify their leadership ranks. And then they go through an interview process, and while they may include some women, some people of color, at the end of the day, the same pattern is repeated, and White men end up being selected. And it’s not because women and people of color are not qualified. It’s because people are used to making the same decisions over and over again, and they’re comfortable with maintaining the status quo. If we want to shift the status quo, we need to be very specific and intentional about how we’re going to do that.

Kolhatkar: Does it seem to you that the part of Biden’s statement that conservatives are objecting to is not the “woman” part of it, but the “Black woman” part of it? Because Ronald Reagan and Donald Trump both clearly said that they would be nominating women to the Supreme Court, and we didn’t hear conservatives get up in arms then.

Lubin: Absolutely, there is something very specific that is riling up conservatives in Biden’s statement. It is because he’s specifically talking about nominating a Black woman that conservatives are upset. They’re using terms like “tokenism” and “affirmative action,” suggesting that she’s going to be unqualified. No one has even been named yet, and you’re already hearing the bias and the racism in the suggestions that the person that’s going to be nominated is going to be unfit or unqualified.

This is all part of a larger narrative that the right has been pushing for the past few years—and specifically just in the past year or two—with their attacks on critical race theory. It feeds into a narrative suggesting that White men are being oppressed by women, women of color, and people of color in particular. And so, the specific naming of a Black woman to be seated on the Supreme Court, for conservatives, adds fuel to the fire of this narrative. In their minds, White men are losing power and are being passed over as a result of people of color and women gaining access to institutions that have not represented them and that have systemically excluded them for far too long. They feel a loss of power threatening their livelihood and their ability to survive.

Kolhatkar: Republican Sen. Ted Cruz said it was “offensive” and “insulting” that Biden wants to nominate a Black woman. Republican Sen. Roger Wicker said it would be an “affirmative action” hire. Senate Minority Leader Mitch McConnell warned against Biden picking a “radical.” What do you make of such words?

Lubin: That’s a lot of hypocrisy. I’m offended that there hasn’t been a Black woman on the Supreme Court after this length of time. When conservatives make nominations to the Supreme Court, they have a whole set of organizations and institutions that are solely focused on selecting judges that meet some particular criteria for them.

When Democrats say they are looking for candidates—in this case, a Black woman—to not only bring representation that’s long overdue, but to bring a diversity of perspectives and experiences shaped by race and gender as well as judicial experience, why is that offensive?

When people say that the intention to nominate a Black woman automatically means the nominee would be unqualified, that shows their biases. Racism is informing their perspective.

We need to be clear about what sort of narrative is being put out there to rile up the conservative base and that it is part of conservative strategy across the country, attacking critical race theory, attacking the teaching of history.

History should be making people uncomfortable! The only way we make change in this country is to confront the uncomfortable and inconvenient truths and legacies of racism and patriarchy.

We have an opportunity with the selection of this Supreme Court nominee to say that we are moving in a different direction. For us, at the Center for Urban and Racial Equity, the way we undo systemic racism is to remake our institutions, to rebuild them to center equity. And the only way we get to that is to be intentional and explicit in saying that we are going to put people in positions of power who have historically not been in positions of power. Because we don’t get away from where we are now with such gross inequity and injustice if we maintain the status quo.

Democrats can’t be afraid of Republicans and conservatives, particularly once the nominee is named. The time is long past for there to be a Black woman on the Supreme Court, and there is a pool of highly qualified Black women to fill the seat.

Kolhatkar: Once Biden names his nominee, are you worried about the process of confirming a justice given that Democrats have such a slim majority in the Senate and given that we’ve seen Democratic senators like Joe Manchin from West Virginia and Kyrsten Sinema from Arizona siding with the Republicans on critical issues this past year? We should also recall how Mitch McConnell in 2016 prevented then-President Barack Obama from choosing a Supreme Court justice.

Lubin: The reality is, given the slim [Democratic] majority in the Senate, Biden is largely dependent on how Sinema and Manchin vote, particularly when we’re looking at furthering racial equity and justice. Those two seem to be standing in the way of voting rights and getting rid of the filibuster.

We also need to worry about who gets actually nominated. Is Biden going to choose a nominee who he thinks is going to win the support of Sinema, Manchin, and Republicans? Will it be someone who does not have values informed by democratic principles like racial equity? Because if so, that is a concern. If the moderate wing of the party takes over, then we won’t get the candidate we want or need. In other words, we won’t get a nominee that is committed to racial and economic justice.

Instead, we want someone who has made judicial decisions and has an ideological philosophy based on advancing equity, moving this country forward, breaking down barriers, and undoing systemic inequities, like protecting voting rights, protecting the sovereignty of Native Americans and tribal communities, LGBTQ people, immigrants’ rights, and more.

Right now, there are many cases before the court that are a result of the unfortunate success of conservatives in dismantling the gains of the past 40–50 years.

Kolhatkar: Even if Justice Breyer ends up being replaced by someone more diverse and progressive than he is, it would still leave the nation’s highest court with conservatives in the majority, right?

Lubin: Right, we’re talking about holding the line and working with those judges who are already there. We’re not shifting the balance of power. That’s why we need to have a broader strategy around how we build the country that we want. We need to strategically think about which judges are appointed, not just to the Supreme Court but to the other federal courts. And we also need to think about the states where Republicans control the legislatures that are the battlegrounds for racial equity and justice. Unfortunately, we’re playing defense most of the time, because conservatives are ahead of the game in so many areas, from local to state politics.