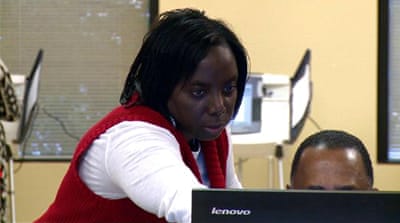 Civil rights groups say 340,000 voters in Georgia are ‘wrongfully purged’ – most of them minorities.

Civil rights groups fear millions of Americans are being denied their right to vote in the midterm elections.

They say the states under the Republican control are unfairly purging voter rolls, affecting minorities.

The trend is apparent in Georgia, where the white Republican candidate faces strong competition from a black Democrat.

Published in News Reels and Politics