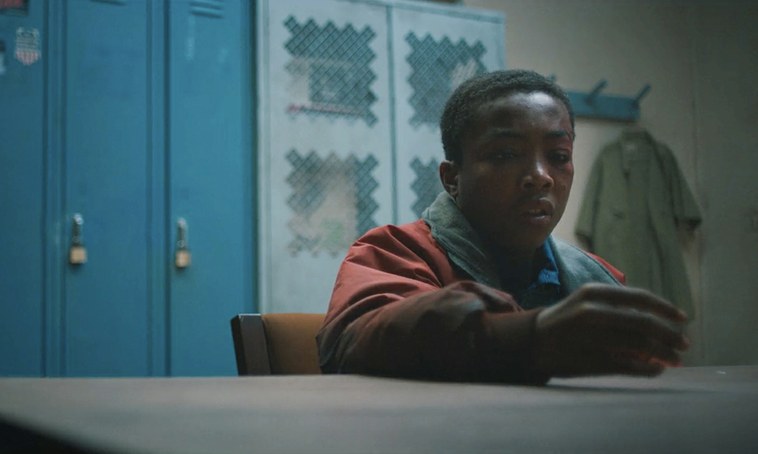 “When They See Us” Is Triggering. That’s Why You Should Watch It

Ava DuVernay’s new four-part series When They See Us, which had its debut on Netflix last week, was hard to watch.

I knew the story of the “Central Park Five” before watching the miniseries. I was a ninth-grader in April 1989 when the story of the brutal rape of a White woman jogger in New York’s Central Park went national. I was 15 years old when young boys around my age were sentenced: Yusef Salaam, 15, Antron McCray, 15, Kevin Richardson, 14, and Raymond Santana Jr., 14, to juvenile detention centers; and Korey Wise, 16, to an adult prison for the crime, which none of them committed.

Because I knew the story and the outcome, my guard was down as I began watching DuVernay’s version (each of the five, now adult men in their 40s, contributed to the series).

I didn’t make it to the end of part one before my chest hurt so badly from anxiety and rage that only an overwhelming wail from deep within brought me relief. For that moment I was content to be watching alone. The tears streamed constantly.

Binge-watching, I was able to regroup by the middle of part three. I kept reminding myself that I know this story. I know the outcome. The boys, now men, have each managed to make a life for themselves and create families of their own. And win a lawsuit against the city of New York in the amount of $41 million.

Still, their trauma and grief were transferable. I understand why there was a need for a grief counselor on set while filming. And I understand the reason some Black folks have opted out of or postponed watching it. It can be triggering.

Many people of color, most of whom are Black, have said in some degree of variance: “This film is not for us, but for White people.”

It is for everyone, but for different reasons.

In some Black spaces it may be about affirming our humanity—our experiences, being seen, being heard, being believed, and making the world hear firsthand these stories of hellishness and heartbreak. I would equate the pain of watching the series to seeing the televised images of Black people—including children—being hosed, beaten, and jailed during the civil rights era.

From left to right, Raymond Santana, Kevin Richardson, Korey Wise, Ava DuVernay, Antron McCray, and Yusef Salaam attend the world premiere of When They See Us on May 20. Photo by John Lamparski/Getty Images.

For many of us, it’s about exposing a system that has since its existence exploited, coerced, and railroaded us into the most heinous situations and conditions in detention centers, jails, and prisons. Stealing our labor or our lives.

When They See Us should be required viewing. It is an American story. An American classic. But not with a Gone With the Wind or To Kill a Mockingbird narrative that centers Whiteness as good and savior-like. It is a true American story that pulls back the layers of a rotten, corrupt, barbaric system that devalues lives—particularly Black and Brown lives.

It should be mandatory viewing for all White people who have been blinded by the privilege and protection of Whiteness, who refuse to see the way in which the U.S. injustice system is partial to them—to the White boys who receive slaps on the wrist (e.g. probation with no jail time) for the most despicable deeds, including rape. Whose acts are dismissed as benign “boys will be boys” behavior. A privilege not afforded to Black and Brown boys and teens.

In the political climate we’re in today, we can’t afford to turn a blind eye to the facts.

It should be mandatory viewing for all those in the injustice system as a lesson of what not to do and, in this particular case, as evidence against all those involved in robbing these men of five to 12 years of their lives—the most-formative years, their childhoods. All the cases involving Linda Fairstein, Elizabeth Lederer, the detectives, and the judge prosecuting Black and Brown people should be reopened, at least reexamined.

While these boys suffered the vitriol, hate, and abuse from others, those actors responsible for their wrongful convictions and incarceration were living their best lives. Fairstein, who in her capacity as prosecutor and head of the sex crimes investigation unit in Manhattan, led the witch hunt for “anyone who fit the description” and was applauded for her work on the case. She wrote five crime novels and sat on boards of directors.

Her day of reckoning is rightfully upon us: People are now boycotting her books, asking stores to stop carrying them, and demanding her removal from the boards on which she sits, including Vassar College, where she is a trustee. Well, where she was a trustee. As I’m writing, news outlets are covering her resignations from both.

Linda Fairstein outside of the United States Courthouse in New York City, circa 1990. Photo by Nancy R. Schiff/Getty Images.

Assigned by Fairstein, Lederer, who was the lead district attorney on the case and responsible for the coerced video-taped confessions of those teens, is not only still an active prosecutor in the New York district attorney’s office, she also teaches law at Columbia University.

People are calling for Columbia University to fire her. This isn’t the first time, though: After the 2012 documentary The Central Park Five by Ken Burns, calls and letters to the university demanded her removal.

Following the release of When They See Us, the momentum against both women have picked up. And justice is being sought against others involved, including the detectives and the media who irresponsibly covered the case and, most egregiously, printed ads calling for the death penalty in the boys’ cases that were paid for by the man who is now president of the United States.

Let that sink in.

In the political climate we’re in today, we can’t afford to turn a blind eye to the facts, to the truth—whether empirical or anecdotal.

The story of the exonerated Central Park Five is one to be researched, studied, and taught. Black and Brown boys continue to represent all things deviant, and it’s past time for the practice to end. Tens of thousands of innocent people continue to serve years, decades for crimes they did not commit.

I didn’t need to see the film to believe their story, to understand how the system works against Black and Brown people. I wanted to see it because Yusef, Antron, Kevin, Raymond, and Korey wanted to tell it. They wanted to be heard. For years we’d been bombarded with stories about them through the White gaze—mainstream media. Even some Black and Brown people accepted the narrative. When They See Us is them telling their story for the world to know, and I think they should be heard. They deserve to be heard. We owe it to them.