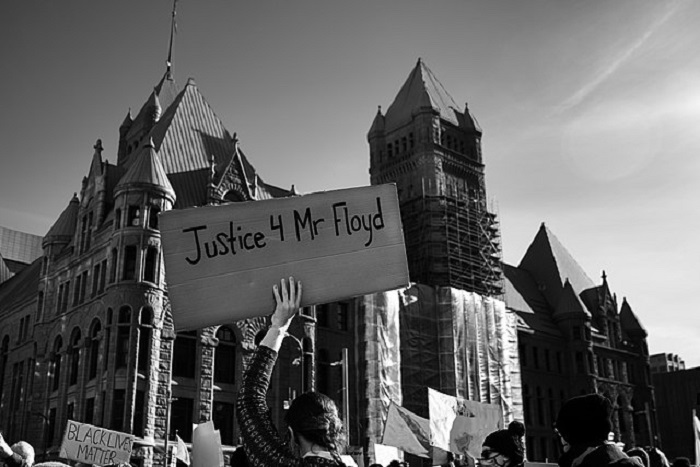 Shortly after the guilty verdicts were revealed in former police officer Derek Chauvin’s trial for murdering George Floyd, legal experts suggested Chauvin will appeal, arguing that his right to a fair trial was threatened by extensive pretrial publicity.

Video of Derek Chauvin with his knee on the neck of George Floyd for more than nine minutes was shared around the globe on social media and drew international outrage. The publicity around Floyd’s death will likely underlie any Chauvin appeal. To help place the jury’s unanimous decision on all three charges in context, here are some important facts about juries.

Pretrial publicity and other biases

High-profile incidents of police killings often result in widespread pretrial publicity about the defendant and victim. The Derek Chauvin case was no exception.

I research the prejudicial effects of pretrial publicity and other factors that influence jurors’ decisions. Information that comes out before the trial begins can elicit strong emotional reactions and shape jurors’ judgments of credibility.

The police often have the first chance to shape public opinion because they have staff experienced in making statements to the press – and the press is eager to get those statements. Unfortunately – though not uncommonly – early media attention on the death of George Floyd was based on inaccurate police statements that minimized the role of Derek Chauvin.

Information provided by the news, including misleading information, can create opinions that are resistant to change. This happens especially when the information aligns with readers’ preexisting beliefs. Furthermore, pretrial publicity that casts either the defendant or the victim in a negative light can lead jurors to interpret ambiguous trial evidence in ways that support the slant of the information that came out before the trial began.

The process of jury selection, formally called “voir dire,” does little to eliminate jurors with biases that they are not consciously aware of – known as implicit bias – regardless of whether those biases stem from pretrial information specific to the case or are deeper-seated biases associated with race or gender.

To address these implicit bias concerns, several courts across the country have developed safeguards, including special instructions like those about implicit bias given in Chauvin’s trial and educational videos shown during jury selection.

However, there is little evidence that these proposed remedies are effective.

More broadly, the way policing and issues of race are portrayed in the media has the potential to create biases that affect the impartiality of the jury pool. For example, Black male victims of police violence are often described in the news using language that dehumanizes and criminalizes their behavior.

The first is making race a more explicit part of a trial. When attorneys call attention to the relevance of race in a case, especially when a case involves a Black male victim, white jurors exhibit less racial bias.

Diversity offers the opportunity for many perspectives to enter the deliberation process, resulting in deliberations that are more thorough and accurately reflect the facts of the case. Importantly, the public has more confidence in the verdicts of racially diverse juries and views them as fairer.

To increase the diversity and representativeness of juries, two changes could be made by courts. For example, the use of peremptory challenges – which attorneys can use to remove a juror without reason except to discriminate on the basis of race, ethnicity or sex – could be curtailed. Attorneys use these challenges more often to strike minority jurors, even though they claim it’s not a challenge based on race.

Efforts are also underway in state courts to better manage the way jury pools are compiled and jurors are summoned to court. These efforts ensure jury pools reflect the demographics of the community from which they are drawn, ultimately translating to more diverse and representative juries.

Historically, juries in American criminal courts give police officers wide discretion in their use of force, up to and including deadly force. The outcome of the Chauvin trial provides some evidence that this wide-ranging discretion can be challenged.