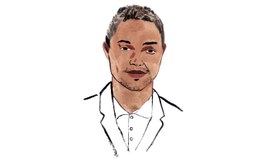 22 Race-Related Films That Will Make You Laugh, Cry, and Think Differently

Some therapists prescribe movies as a form of treatment. Yep, movie therapy, or cinema therapy, is an expressive, sensory-based treatment that uses movies, TV shows, videos, and animation as tools for growth and healing. And it’s been found to enhance the therapeutic process and increase overall engagement with clients whom therapists find difficult to reach.

I’ve experienced this to be true.

Three years ago, when I switched up the television shows that I watch, choosing only those that feature what I perceived to be real Black lives, I was unknowingly engaged in cinema therapy. Watching shows that affirmed my Blackness and womanhood helped me reflect on my own value and worthiness and heal from the trauma I’d experienced over the years of consuming White-male-dominated narratives.

Research has shown that certain films have caused social justice change, or simply inspired good things to happen. A study by Yale researchers shows that the movie The Day After Tomorrow “had a significant impact” on moviegoers’ attitude toward climate change.

Considering the polarized and xenophobic state of the country and the world, I’ll take the liberty of suggesting that we all are—no matter how we identify—experiencing racial trauma. The following race-related flicks will make you cry and laugh (looking at you, Trevor Noah); some may make you mad. They all will help you think differently.

It’s August 2014. People are raging in Ferguson, Missouri, and across the United States after a White police officer there shoots and kills Michael Brown, an unarmed Black teenager. This year also marks the eve of the 150th anniversary of the Ku Klux Klan.

British filmmaker Dan Vernon spent seven months inside the Missouri chapter of the Traditionalist American Knights of the KKK to discover who belongs, and if White supremacy is on the rise, as the organization claims.

I surprised myself by watching this—and in one sitting. It was far from soothing. What it did do, however, was confirm my belief that White ­supremacy/nationalism is fundamentally grounded in fear—fear of others and a fear of becoming irrelevant.

James Baldwin was one of the most prominent U.S. analytical thinkers, social critics, and book authors of the 20th century. If he were still alive, what would he say about race relations and racism today? I imagine he would say the same things he said decades ago.

In so many ways, on so many levels, not much has changed.

Baldwin’s unfinished work, Remember This House, was a story of America through the lives of civil rights leaders Medgar Evers, Martin Luther King Jr., and Malcolm X. Narrated by Samuel L. Jackson, I Am Not Your Negro is director Raoul Peck’s vision of how it would have turned out had it been completed. In Negro, Peck creatively connects the history of race and its impact from the civil rights movement to Black Lives Matter through a range of media.

The opening scene is Baldwin’s 1968 interview on The Dick Cavett Show, which foreshadows the documentary with this query: “It’s not a question of what happens to the Negro here, or to the Black man here … but the real question is ‘What’s going to happen to this country?’”

The 13th Amendment of the U.S. Constitution prohibits slavery—with the exception of the enslavement of those in our penal system. In 13th, award-winning filmmaker Ava ­DuVernay interviews scholars, activists, and politicians about the mass incarceration of African Americans. She brilliantly links today’s prison boom to slavery and Jim Crow.

In 1982, Detroit autoworker Ronald Ebens used a baseball bat to beat to death Chinese American auto engineer Vincent Chin. Neither Ebens nor his stepson ever served a day behind bars for that killing at a local bar even though they both confessed to it. Instead, the men received a plea bargain, to the outrage of local citizens and criminal justice advocates. Chin’s case is taught in Asian American studies courses around the country.

If you can’t get enough of Noah’s intellectual humor on Comedy Central’s The Daily Show, you have to check out the South African comedian’s Netflix stand-up specials Afraid of the Dark and Son of Patricia.

He may not be able to make sense of the Trump presidency or racism, but maybe he can help you find humor in the ridiculousness of both.

As I write, Donald Trump and his wall are dominating the news, and the government is shut down. I want to just throw something at the screen.

Later, I’m watching Patricia’s son and laughing harder than I did the first time because I’d totally forgotten about this line, which is some timely and much-needed empathy for how I’m feeling:

“I still can’t believe the things Donald Trump says. For me, Donald Trump is an emotional paradox, I’m not gonna lie. Logically I can process him; emotionally I struggle.”

Stand-up veteran Dave Chappelle resurfaced and redeemed himself in Netflix’s Equanimity and the Bird Revelation. While I don’t agree with all of his jokes, there is something to be said for a comedian who can acknowledge his own lack of information or understanding about an issue and vulnerably confess to his missteps (like when he suggested we all give Trump a chance).

I can’t get enough of Chappelle. A disclaimer, though: While his comedy is smart, funny, honest, and blunt, it may be offensive to some.

Two cops—a human (Will Smith) and an orc—battle their differences as they work together to protect the damsel-in-distress elf who is key to saving the world. Honestly, I could have passed on this. Then again, other viewers may get something out of it. Instead of color-based racism, there are species that discriminate against each other: humans, orcs, fairies, and elves.

Based on a true story, the movie portrays the historical Dido Elizabeth Belle, the illegitimate mixed-race daughter of a British Navy admiral and African mother who was enslaved in the British West Indies. After her mother’s death, her father takes her to live with his family in England. When he is killed, his uncle, the lord chief justice, officially becomes Belle’s guardian. Her integration into British society is complicated. She is instrumental in softening her uncle’s heart toward slavery, and he makes a series of antislavery rulings that helped to fuel the abolition movement, which outlawed slavery throughout the British Empire in 1833.

The repeal of miscegenation laws in the U.S. began in 1948. But in Virginia in 1958, these laws were still in place when Richard and Mildred Loving married. The young couple battled these racist laws to be together—endangering their freedom and lives as well as their loved ones. They would take their fight all the way to the U.S. Supreme Court, winning in the historic 1967 decision Loving v. Virginia.