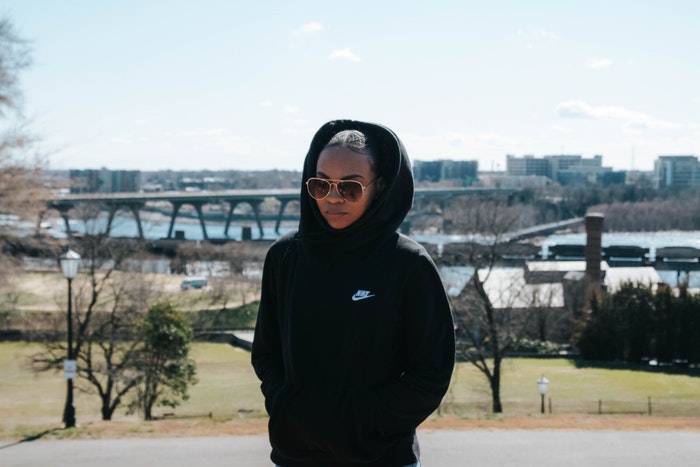 Black deaths matter: The centuries-old struggle to memorialize slaves and victims of racism

In an open lot just a block or so from where George Floyd was killed while being detained by officers, 100 plastic headstones were carefully placed.

Created by artists Anna Barber and Connor Wright, the “Say Their Names Cemetery” sprung up in south Minneapolis in early June, as protests over police brutality prompted a more wide-ranging conversation over the legacy of slavery and racism in the United States.

Each headstone documents a victim of police violence – their name, age, date and location of death. Accompanying the biographical information reads a simple epitaph: “Rest in Power” – a reworking of “rest in peace” that has gained popularity among Black Lives Matter activists and supporters to commemorate the dead.

The cemetery forms part of a wider #SayTheirNames campaign aimed at resisting the public erasure of dead victims of brutality.

I study death rituals in the U.S. Scholars in my field have long argued that Black and African American commemorative practices are important in asserting the personhood of the deceased and maintaining and celebrating community. They have been used to proclaim Black autonomy at times when society has infringed upon the rights of Black people.

The fight to remember those killed by violence has roots in the history of slave cemeteries and burial practices. The enslaved were often limited in their choice of burial grounds, especially on rural Southern plantations. White owners relegated their cemeteries to marginal land that could not be cultivated. Many burials were marked only with a wooden post.

Yet, enslaved communities were often allowed to bury and commemorate their dead, and these funerals were, in the words of historian David Roediger, “value-laden and unifying social” events that allowed for communal expression. Slavery made Black bodies into financial assets. In contrast, Black commemoration of the dead acknowledged their social relationships and the value of their lives.

Marking the graves of the dead with natural or man-made objects could carry tremendous spiritual meaning for the enslaved, sometimes evoking African precedents. In the Central African Bakongo tradition, the burial place was considered a portal between the living and the dead; objects left on the grave could serve as charms to communicate with and assist the spirit in its transition to the afterlife.

Such traditions appeared on American plantation burials as well, as mourners would leave items that had physical connection with the deceased, such as plates and cups.

There were other practices as well, such as putting items with an association with water, including shells and pitchers, close to graves. These reflected a belief in the association between water and the soul’s immortality and metaphysical crossing.

Such practices in America also helped to construct an African diaspora culture that celebrated Black humanity under a labor system that tried to systematically dehumanize the enslaved.

The absence of recognizable markers on enslaved burials today does not necessarily mean the dead were unacknowledged.

In some instances, grave markers are hidden in plain sight: Scholars have noted the common presence of periwinkle, cedar trees, yucca and other plantings, suggesting that some Black communities employed a botanical language of grave marking. Some of these plants may have been used for their symbolism, or for their visibility, standing out against an area’s native plant life.

In other cases, enslaved communities marked burials with common fieldstones. Although not inscribed, these stones nonetheless provided some form of physical acknowledgment of the dead.

For example, the cemetery at Avoca plantation, near Lynchburg, Virginia, contains several irregular stones that appear to have been placed on the site. The cemetery also contains two pieces of pink quartz, which may indicate the burial of children, scholars believe.

Plantations owners and their families, however, often were laid to rest in family cemeteries. At Avoca, the family burial ground is defined by a low stone wall, and many of the people interred there received a formal stone marker of some kind. This feature conveys a sense of permanence that is often lacking in enslaved people’s cemeteries.

There are some instances of stone markers in Black cemeteries from the antebellum period. One of the most well-known Black burial grounds lies in Newport, Rhode Island. Newport had a sizable community of free and enslaved Africans and African Americans in the colonial period.

Known as “God’s Little Acre,” the site’s headstones serve as “a remarkable testament of African identity, perseverance and memory,” according to the cemetery’s website. Both enslaved and free members of the Newport community received markers.

Some of the stones acknowledge the deceased’s African heritage; others were paid for by the deceased’s owners. Several of the Newport markers were made by enslaved African stonecutters – a mason known as Pompe Stevens signed at least two of his works, one of which was for his brother’s grave.

As political and social inequality continued into the 19th century, communal burial grounds remained important places for expressing the value of Black lives.

In 1807, men and women affiliated with the African Methodist Episcopal Church in Baltimore founded the African Burying Ground – which exists today as the renamed Mount Auburn Cemetery. As historian Kami Fletcher argues, the cemetery “was founded as the simultaneous call for freedom and humanity as well as a call for actualized burial rights for Black people and people of color.”

The cemetery let the local Black community bury its dead in ways that were significantly different from burials on nearby plantations: The dead could be named, placed near family and interred in land owned by their own community.

In recent years there have been efforts to locate and restore enslaved cemeteries that have been lost or threatened by development. This work exists in many forms, from the African Burial Ground National Monument in New York City to smaller cemeteries documented by archaeologists and local organizations. Universities and former plantations have made the effort to search for, and commemorate, slave cemeteries.

New discoveries of remains continue to raise questions about how to appropriately honor burial sites and the painful histories they represent. Even at sites where the names of the dead are lost, historical interpretation, digital projects and public education can act as long overdue “markings” of the dead.

As Minneapolis’ temporary “Say Their Names” Cemetery hints at, commemoration is not an apolitical act. Remembering those lost to violence – whether that of slavery or of unchecked police power – is important. It can serve as a reminder for the need for political and legislative change, led by communities who have spent centuries asserting the value of both Black lives and Black deaths.