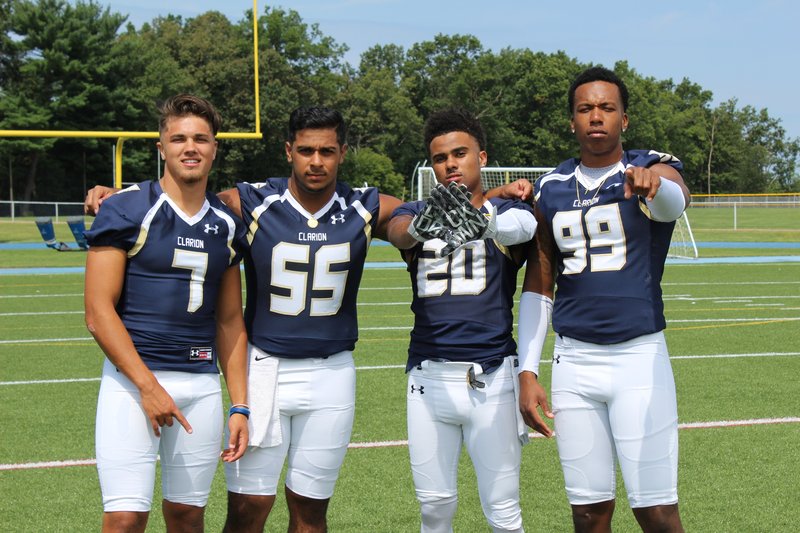 When Northwestern University created its 2013 football team handbook, the guide included a list of 50 “Twitter tips” for the athletes.

Tip #10 told the players not to use Twitter as “an outlet to complain about how rough your life is.”

“You are getting a college education, traveling to interesting places, getting free athletic shoes and apparel and more,” the handbook stated. “Thousands of people would crawl over glass for the chance to enjoy the opportunities you have.”

This censoring of college athletes is not unique.

And when athletes do complain – or, more accurately, when they demand rights and protections – they are chastised for “crying” and being “whiny,” overly “pampered,” and unduly “entitled.”

Though this type of talk has been long used in an effort to silence college athletes, college athletes have been increasingly speaking up. The athletes are demanding protections from exposure to the novel coronavirus. They are fighting for the right to unionize and bargain collectively. And they are challenging the prohibition by the National Collegiate Athletic Association, or NCAA, on their ability to earn money from their athleticism – the same thing that generates millions of dollars for universities, coaches, private corporations and even the NCAA itself.

As a sociologist who examines the dynamics of work, I see this resistance as brave because it comes with great risk.

I learned just how much of a risk college athletes take by speaking up when I interviewed several former elite college football and basketball players for my recent book, “Coerced: Work Under Threat of Punishment.” Through these interviews, I came to see just how much power coaches wield over college athletes.

For instance, coaches determine whether athletes can compete.

It’s up to coaches to either play or bench players in the limited number of college games that represent the pinnacle of most athletes’ careers. Coaches also control athletes’ scholarships, which give them access to a subsidized university education, bachelor’s degrees and future career opportunities.

Coaches even affect whether top athletes can be recruited to play professionally. For instance, a woman I’ll call Lindsay, a former college basketball player who went on to play for the Women’s National Basketball Association, or WNBA, told me: “Your coach is going to be talking to the coaches of the WNBA.” And those WNBA coaches, Lindsay said, will ask, “’What’s this kid like on your team? Like, does she get along with everybody? Is she a troublemaker? Does she cause problems? Or does she fall in line?’”

The primary risk, Lindsay and the other athletes told me, is that their coaches would characterize them as “un-coachable.” “That’s a big thing for coaches,” said Lindsay, a Black woman who was 25 at the time of our interview. “’Yeah, she’s un-coachable, she doesn’t really listen, she talks back.’”

Thus, in order to retain their hard-won status as elite athletes and to maintain a chance at going professional, these athletes said that they needed to – as Lindsay put it – “fall in line” and compliantly and completely adhere to their coaches’ directives. These directives might include playing through injuries or, these days, feeling compelled to return to campus for “voluntary” training despite the risks associated with COVID-19.

In short, college athletes labor under the threat of punishment. Whether or not they get disciplined, they are acutely aware of the punitive power their coaches can wield. This awareness fundamentally shapes their actions and experiences as athletes.

I call this type of power “status coercion” because coaches wield expansive punitive power over their status as college athletes and all of the rights, privileges and opportunities that this status confers.

Therefore, I argue that college athletes need to be broadly protected from coaches’ expansive power and the system that supports it.

Not only should coaches not be able to pressure athletes into risking exposure to a deadly virus, they should not be able to strong-arm them into playing through injuries at the risk of lifelong – or potentially life-ending – bodily damage, such as chronic traumatic encephalopathy, or CTE, a degenerative brain disease linked to repeated concussions, which football players (and other athletes) may experience.

Beyond asking athletes to risk their health, coaches should not be able to compel athletes to choose easy majors over more time-consuming ones – such as engineering – or attend football practice rather than mental health sessions.

In my research, I found such coercive pressure is not the result of a few “bad apples,” the occasional coaches who abuse their power. The entire system of college athletics is predicated on coaches’ ability to leverage such power: NCAA revenue, advertisers’ profits, universities’ fame and coaches’ success – including their ability to retain high-paying jobs – often depend on how far they can push athletes. These power dynamics have become even clearer in the context of COVID-19. So, while many fans wonder whether college football will happen in the fall, athletes are increasingly speaking out against a system built on their compliance and silence.