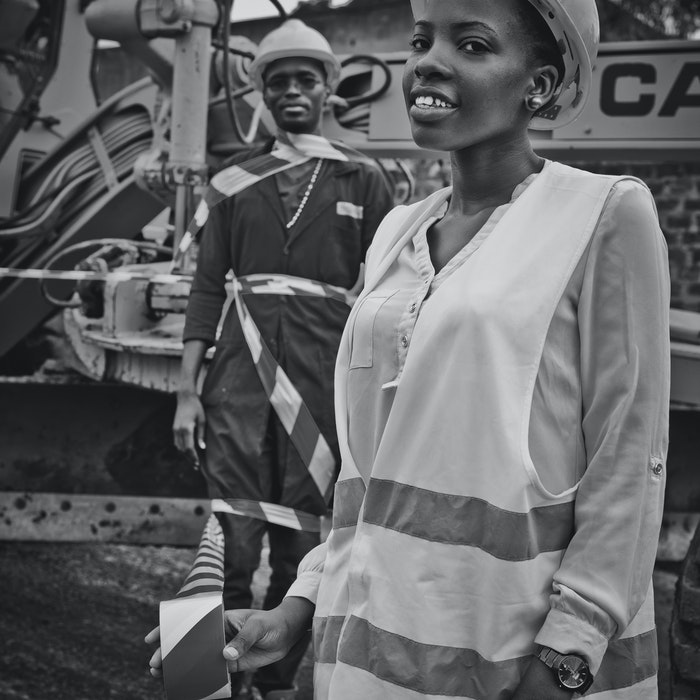 Historic barriers have blocked women-owned small businesses from winning federal contracts, according to a new report.

Nearly three decades ago, the Small Business Administration set a goal of granting 5 percent of federal contracts to women-owned small businesses. It has only met that goal twice, in 2015 and 2019, according to a new report from the Bipartisan Policy Center and Goldman Sachs.

Survey data shared exclusively with The 19th by Goldman Sachs’ 10,000 Small Businesses Voices program, which helps advocate for small business owners, found a widening gender gap for contracts at the federal level that shows how women-owned small businesses have been shut out from the largest contracts.

At the local level, women- and men-owned small businesses were about equally likely to say they received a government contract, according to a survey conducted by the group this month. But the gender gap grew at the state and federal levels: The survey found a 13 percentage-point gap between men and women business owners who received contracts from state governments and a 15 percentage-point difference from those receiving contracts from the federal government. (No data was collected on nonbinary business owners.)

The findings point to persisting barriers that have blocked women-owned businesses from accessing federal money for business contracts — or procurement dollars —  for decades, barriers that the SBA has promised to reduce under the Biden administration. The agency’s new administrator, Isabella Casillas Guzman, has specifically vowed to renew the agency’s commitment to women and people of color. She will be doing it as the first Latina to serve as administrator.

During her confirmation hearing earlier this year, Guzman said she was “committed to helping the SBA advance opportunity for all, including our underserved entrepreneurs who have faced historic barriers to start and grow their businesses.”

Bibi Hidalgo, the SBA’s associate administrator for the office of government contracting and business development, said in a statement to The 19th that recent changes to the Women-Owned Small Business Federal Contracting Program could help improve the metrics.

Last year, the agency implemented a new certification process for businesses to prove they are women-owned, completing a five-year process that was initiated by new requirements in the 2015 National Defense Authorization Act. SBA also recently completed a study to include additional industries to the list of women-owned small businesses that may qualify for federal procurement dollars.

The agency is also working with the Biden administration on its newly announced effort to expand contracting opportunities for underserved small businesses. The administration wants to raise the share of contracts to minority-owned businesses by 50 percent over the next five years, translating to $100 billion to those businesses in that time frame.

“To achieve this goal, agencies will assess every available tool to lower barriers to entry and increase opportunities for small businesses and traditionally-underserved entrepreneurs to compete for federal contracts,” the administration said.

SBA is working to identify and create “meaningful growth paths for small disadvantaged businesses and women-owned businesses to help build back the industrial base of small business contractors, which will improve the nation’s resiliency while supporting the goal of narrowing the racial wealth gap,” Hidalgo said.

Since its inception, the program to reach women-owned small businesses has been riddled with challenges. It was first created in 1994 and implemented in 1996 to ensure federal contracting dollars reached women business owners in industries where they were historically underrepresented, such as construction and manufacturing.

Before the benchmarks were implemented in the late 1980s, only 1 percent of federal procurement dollars were going to women-owned small businesses.

Rosemary Swierk, the president of Direct Steel and Construction in Illinois, a small business that builds low-rise non-residential buildings, said the way the program is set up disincentivizes  woman-owned small businesses from applying.

For example, contracts that have a value under $250,000 are automatically set aside for women-owned small businesses if two or more such businesses bid for the contract. But it costs about the same — $20,000 to $40,000 for her business — to bid on a smaller project as it does a bigger project in the millions of dollars, Swierk said.

“Each project we go after, we throw that money out the window if we don’t get it. So where are we going to put that risk?” she said. (Advocates have pushed for raising the current ceiling to $500,000.)

According to the Goldman Sachs 10,000 Small Businesses Voices program survey, half of women owners who chose not to apply to federal contracts said it was because the process was too time consuming, 40 percent said  it was too complicated and lacked sufficient information, and 38 percent said they felt small businesses weren’t prioritized so it was unlikely they would get a contract if they went through the motions of applying — a feeling Swierk echoes.

Joe Wall, the national director of the Goldman Sachs program, said lack of transparency and accountability are persistent issues. For example, businesses that haven’t worked with the federal government before may get passed over for new contracts. That just perpetuates inequalities that have been baked in, making it less likely for women-owned businesses to snag federal dollars, Wall said.

Changes to the process to put more weight on experience with the private sector, as well as more resources for communication and outreach to make the application process less daunting, may help the agency meet its benchmark, Goldman Sachs and the Bipartisan Policy Center suggested in their report.

There’s also other low-hanging fruit such as “double dipping.” A woman-owned small business that is in a historically underutilized business zone and receives a contract would be counted toward both of those programs’ goals of 5 percent and 3 percent, respectively.

“The actual metrics may be more grim,” Swierk said.

Even the 5 percent number for women may obscure the fact that more of those contracts are likely in certain industries like information technology, for example, as compared to construction. Swierk said she would like to see 5 percent benchmarks for each of the industries that qualify.

And to be sure, those benchmarks are also likely outdated as a greater number of women run small businesses.

“These goals have not been reevaluated for north of 20 years, and it’s probably due time to be increased,” Wall said. “The fact that women are only 5 percent, for instance, does not make a whole lot of sense.”

But those steps start with the procurement process, Wall said, where the barriers are still too high for women and marginalized communities. If changed, it could pay dividends: Women-owned businesses are among the fastest growing segments of the small business community, growing from 5 percent of all small businesses in 1970 to 38 percent today.

“If the procurement process is not reformed, that is just not going to change because of new goals that are set,” Wall said. “There are just some inherent problems in the piping of the procurement system that are having a detrimental impact.”