African Americans find new home in Ghana – gateway of the brutal African slave trade to the US that began 400 years ago.

Accra, Ghana – Afia Khalia Tweneboa Kodua, then a resident of Los Angeles, still remembers the day she left Ghana in 2011 on her first trip there.

“I am not a public emotional person so I got to the airport and asked [myself]: ‘what is this? Are those tears?”

And so in 2017, she left Los Angeles, California and moved permanently to Accra, Ghana’s capital with her three young children.

On her first visit, she was known as Khalia Bennett. But she says her trip was so transformative, she “dropped her slave name” and legally changed her name “to complete my story.”

She took on Afia, the Asante traditional name given to girls born on Fridays, and took her new last name from a descendant of Yaa Asantewaa, a 19th-century queen in the Asante kingdom, who led a revolt against British colonialists.

In 2001, Ghana’s parliament passed the Right to Abode law, which grants the descendants of enslaved Africans the right to stay in Ghana.

That law paved the way for people such as Tweneboa Kodua and other African Americans to move back to Ghana with more ease. 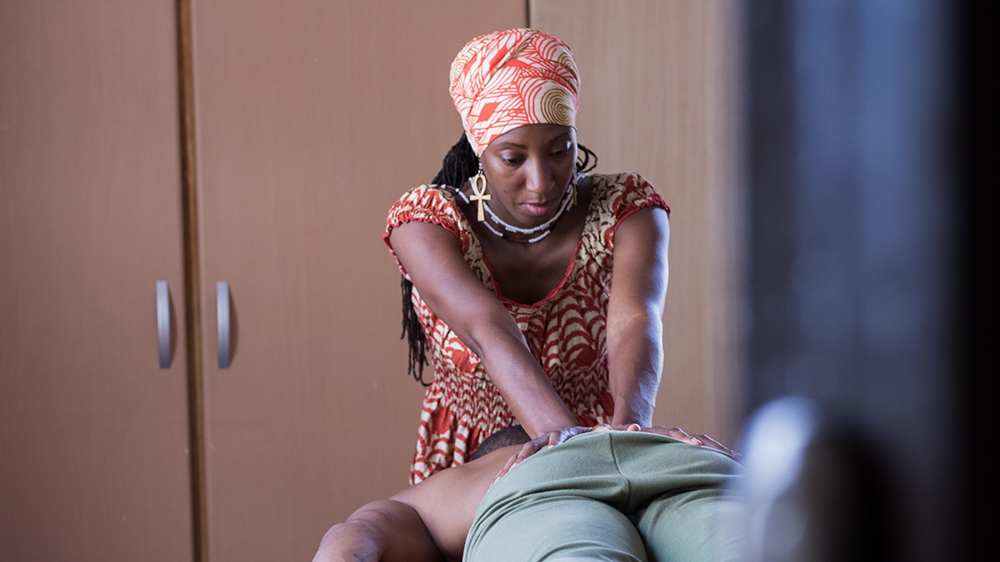 Since independence in 1957, Ghana has explicitly cultivated people of African ancestry born in the Americas to not only visit, but potentially stay and invest their money and knowledge into the country.

Ghana has a dark history of being one of the main exit points, along the West African coast, where hundreds of thousands of African women and men were sold and shipped by European merchants from their towns to the Americas, as part of the Transatlantic Slave Trade.

In the 1950s and 1960s, the country was home to leading civil rights campaigners, writers and thinkers including W E B Du Bois and Maya Angelou. Malcom X, Muhammad Ali, Martin Luther King and his wife, Coretta Scott also made high-profile visits to the country.

In their home, north of Accra, Ọbadele Kambon and his son, Kwaku, are using an interactive computer game to practice counting of numbers in Yoruba language.

Even though Yoruba is not widely spoken in Ghana (except among the large Nigerian immigrant community), Kambon who speaks Yoruba, hopes his three children would learn to speak it along with local languages such as Twi and Ga.

Born and raised in the United States, Kambon permanently moved to Ghana with his wife and daughter in 2008 from Chicago.

He had visited a decade earlier with his mother, who organises spiritual tours for African Americans. He spent his study year abroad at the University of Ghana, where he now teaches at the Institute of African Studies.

As a black family, Kambon says life in Ghana is very different compared with the US.

“One time, I was holding my son in my arms … and I just thought for a second that I don’t have to worry about my son being shot down on the street. This was not too long after the Tamir Rice incident,” he told Al Jazeera, referring to the 2014 killing by police of the 12-year old black boy.

Leaving behind the reality of racism and police brutality in the US also rings true for Tweneboa Kodua. 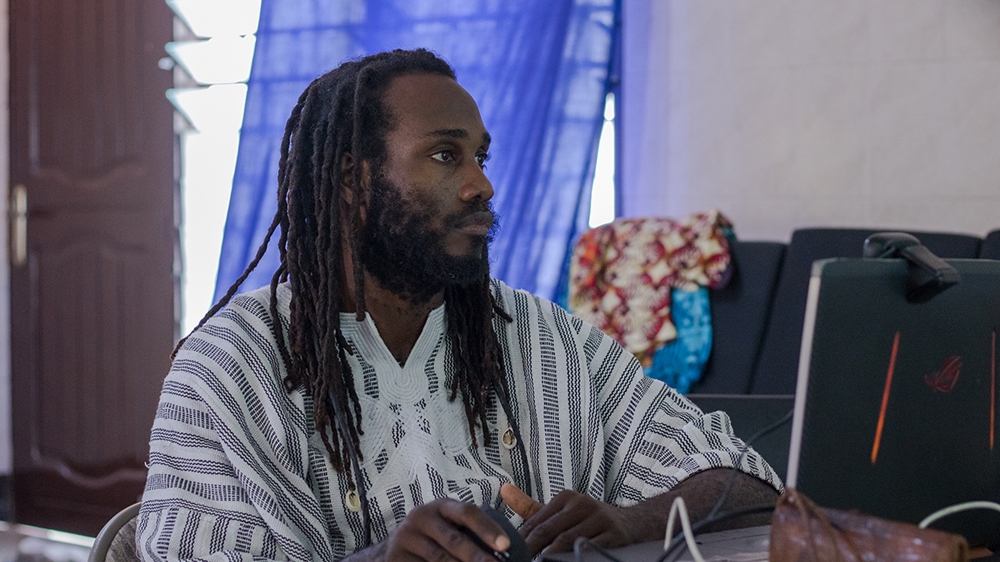 In December 2016, Kambon’s relationship with Ghana was further strengthened when he became a naturalised citizen along with 33 other “returnees”.

“I have only restored to you what rightfully belongs to you and was painfully taken away,” Ghana’s then-president, John Mahama, said after conducting the naturalisation ceremony. The current government has announced plans to grant more citizenships later this year.

While the reception in Ghana has been anything but hostile, it can be tricky sometimes.

“For some Ghanaians, their approach to me is as an ‘other’ because the moment they hear me speak they are like: ‘Ah, she’s not from Ghana.’ But once we have a conversation [and] they understand who I am, they are very accepting and welcoming and supportive of me being here,” Tweneboa Kodua told Al Jazeera.

While not all will repatriate to Ghana, the government hopes testimonies such as these would encourage more Americans of African ancestry to visit Ghana in a bid to boost its tourism numbers.

It has dubbed 2019 the Year of Return to commemorate the 400th anniversary of the arrival of a group of Africans to Virginia. While that group were not the first Africans to arrive, August 1619 is often commemorated as the start of the slave trade in the US.

“We don’t classify them as tourists or visitors. We say they are on a pilgrimage to their ancestral land where their ancestors were taken from. We recognise them as our own,” says Robert Morgan Mensah, head of education at the Cape Coast Castle dungeons.

Built with local labour in the 17th century, a little over four million captured Africans are believed to have passed through the Cape Coast dungeons alone, Mensah says. A significant portion of them died on the rough seas and were thrown overboard.

“Anytime [Africans from the diaspora] come, they come with emotions; whatever they have read about, they want to see it in the form of empirical evidence … When they come and listen to the story, they weep,” Mensah told Al Jazeera.

Recent high-profile visitors such as the family of former US President Barack Obama and Colin Kaepernick have increased the country’s profile as a destination for black people yearning for a spiritual connection to “the motherland'” especially as racial tensions increase in the US.

However, for those thinking about repatriating, Kambon (who teaches the Twi language online) says they have to make a commitment to learning a local language.

“You will have an entirely different experience if you speak the language versus if you don’t. Especially when people are coming here saying I am trying to connect with my roots and heritage – then part of that is taking the effort to learn the language.”

Published in Journalism and News